After Chelsea Won against Norwich City yesterday, it was now the turn of Leicester City and Manchester United to catch up with Chelsea, and they did that by cutting the gap they had with Chelsea back to 1 point.

This means that both Leicester City and Manchester United are on 62 points, 1 point below Chelsea who have 63 points.

It seems that the race to make it to the top four will be decided on the last game of the league campaign, since Leicester city and Manchester United who are level on points will be playing each other on that day.

In other games, Everton and Aston Villa shared a point apiece after their game ended 1-1, while Southampton drew with Brighton 1-1. The league table now wears a new look as can be seen below. 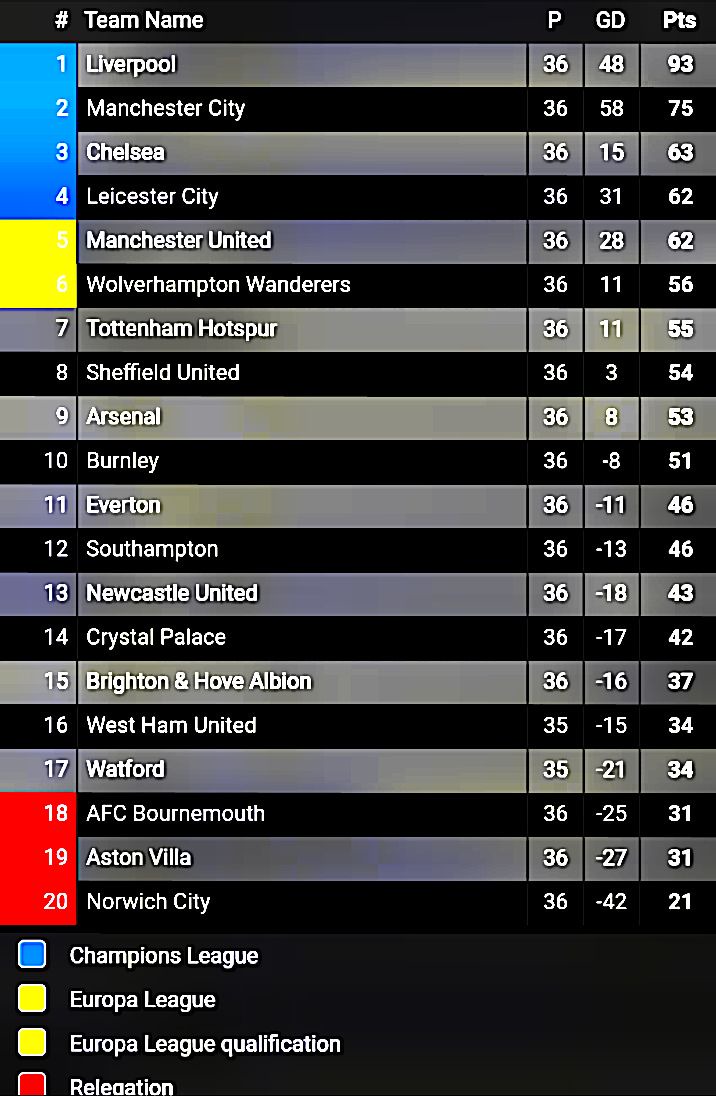