By Internet_Gist (self media writer) | 7 days ago

The 2021/2022 UEFA Champions League was in full action this midweek as 8 matches were played on Tuesday night. In this article, I will update you with the results, Group tables and the teams at risk of getting eliminated after today's matches. 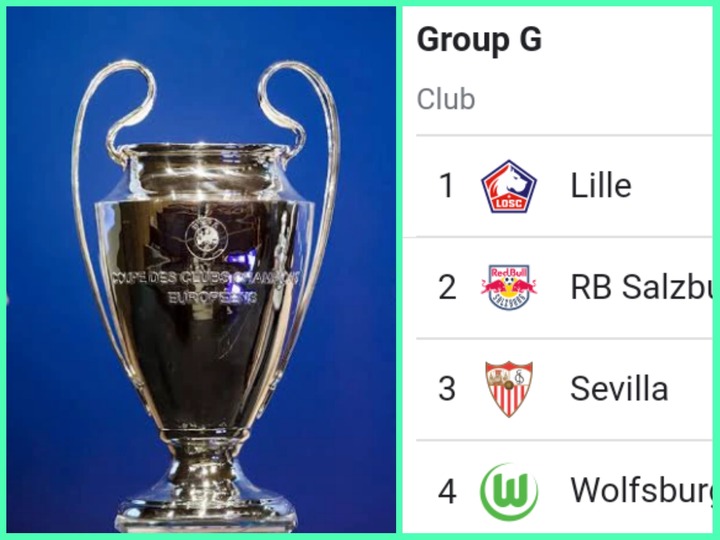 Bayern Munich remains on top of the Group E table after their 2-1 win over Dynamo Kyiv while Barcelona risk getting eliminated after their 0-0 against Benfica at Camp Nou. 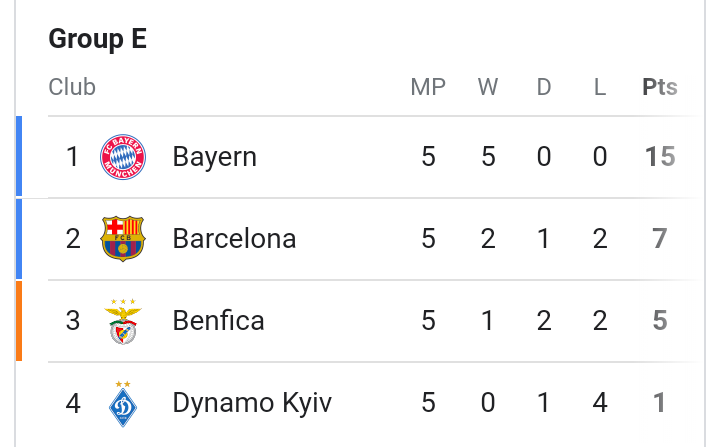 Barcelona is already through to the next round of the competition while Barcelona and Benfica will fight for the remaining spot on the final matchday.

If Barcelona loses against Bayern Munich and Benfica beat Dynamo Kyiv, Barcelona will be eliminated from the Champions League while Benfica progress.

Manchester United remains on top of the Group F table after defeating Villarreal 2-0 in Spain while Atalanta and Young's Boys settle for a draw. 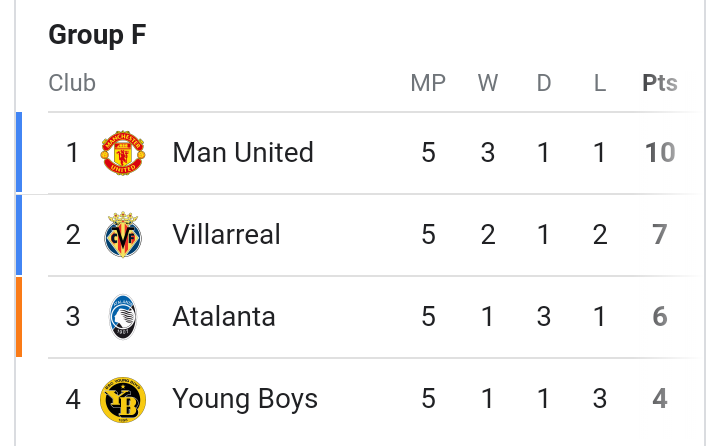 Verdict: Manchester United are officially through to the Round of 16 and based on the table current standing, Villarreal, Atalanta and even Young Boys can still qualify for the Round of 16 if they can win their last match. 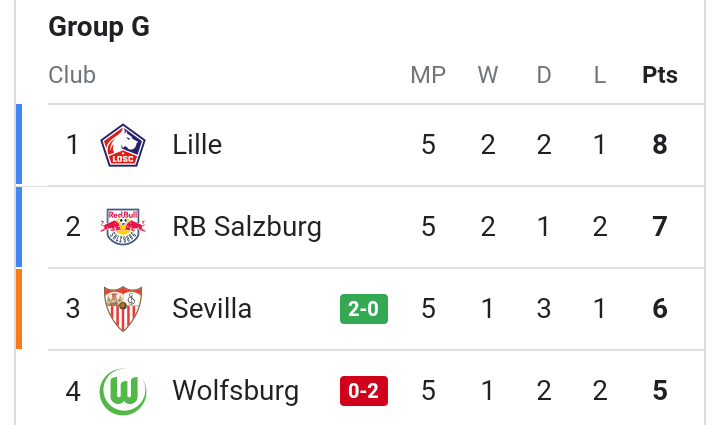 Verdict: Based on the table current statistics, all four teams can still qualify for the Round of 16 if they can win their last game of the group stage. Lille only needs one point to qualify while Salzburg, Sevilla and Wolfsburg need to win their final match.

Chelsea climb on top of Group H table after thrashing Juventus 4-0 at Stamford Bridge while Zenit St Petersburg and Malmo played out a draw. 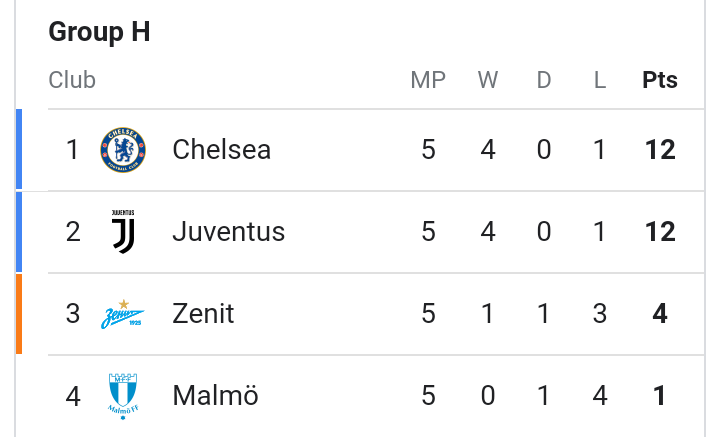