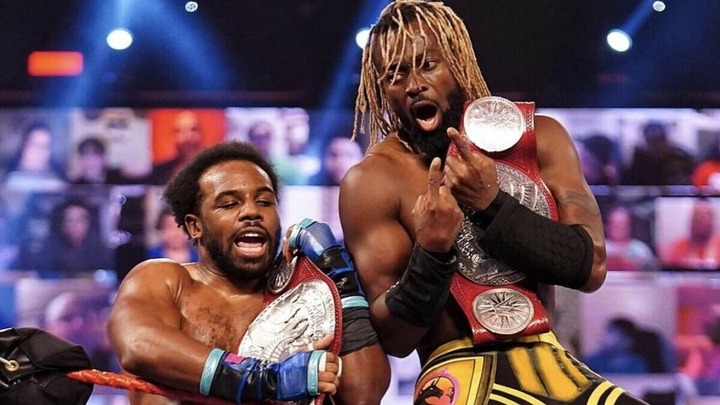 Ya boys the new day are now your new WWE world tag team champions. Last night on Raw the Newday defeated Shelton Benjamin and Cedric Alexander of the Hurt Business to win their record 11 tag team championship in WWE. The Hurt Business defeated the Newday at the December Tables Ladders and chairs (TLC) pay per view to win the title, with that they brought the gold to the Hurt Business who also had Lashley as the United States champion, Lashley loosed his United States champion to Riddle at the Elimination chamber pay-per-view, two weeks later he defeated Miz to win the WWE champion.

Some people have been complaining on the social media that this was not the right time for the Hurt Business to loose their tag team champions because of the hot roll which they are on with Bobby Lashley as WWE Champion. WWE made their decision and that's final and for me I will always support the WWE on any good matters concerning ya boys The Newday.

The Newday is simply the Team WWE trust most with handling their tag team champion be it Raw or SmackDown. This has been the wwe's pattern with the Newday since they loosed the smackdown tag team champion to the Revival. They went on to defeat the Revival on smackdown to win back the title, they loosed it to Miz and Morrison, they regained it from Miz and Morrison few months later in smackdown, they loosed it to Cesaro and shinsuke Nakamura, they regained it back from Cesaro and shinsuke Nakamura, now they won it back from the hurt Business after previously loosing it to them. 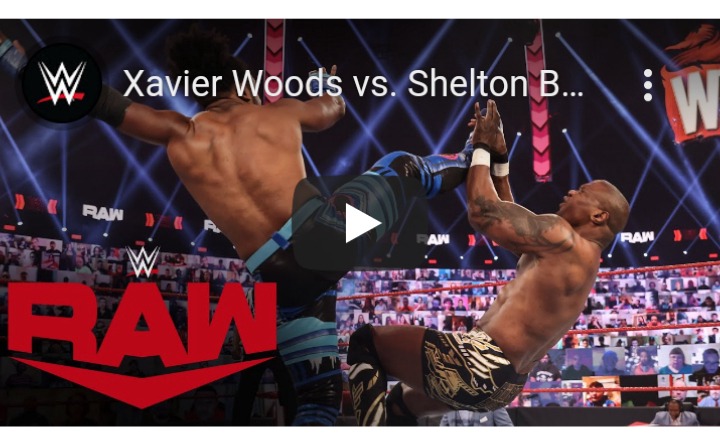 After the match AJ styles and Omos came out and challenged The Newday to a match at Wrestlemania and The Newday accepted. 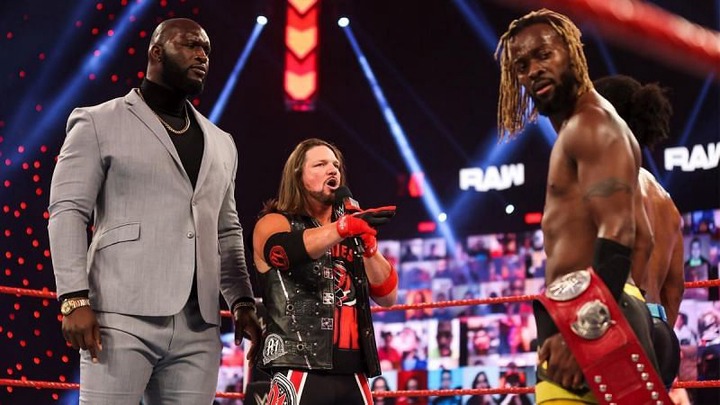