By Brilliance (self media writer) | 11 months ago

Liverpool beat Manchester United 5-0 at Old Trafford, in one of the week's nine matches of the English Premier language played on Saturday. No one expected that Man U could lose scandalously to Liverpool at Old Trafford.

Manchester United talisman Cristiano Ronaldo's performance against Liverpool was very poor, Ronaldo's goal was disallowed by the Video Assistant Referee VAR after he was caught in the offside position in the build-up to the goal. 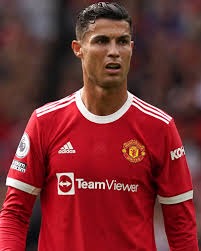 Ronaldo did two things that surprised Manchester United fans. (1) He played out of position, Ronaldo was originally scheduled to play in the forward position, unfortunately, he switched to the wing position which affected his performance.

Another thing that was noticed in Saturday's match is that Ronaldo failed to put pressure on Liverpool's defense. His inability to penetrate Liverpool's defense gives them chance to attack easily. The Portuguese International was a shadow of himself throughout the match.

Ole Gunner Solskjaer also made some selection mistakes which killed the match. he should have started Pual Pogba instead of Fred. Pogba has experience in big matches and as such could make a difference.

Fred was not in the game, many expect Solskjaer to substitute him instead of removing Mason Greenwood for Pual Pogba. Although Pogba was red-carded after he committed a terrible foul on a Liverpool player, maybe he was frustrated because man U was already down with 5 goals.

However, Mohamed Salah crowned an outstanding individual display with a hat-trick and an assist as Liverpool recorded their biggest away win against Manchester Utd.