It was indeed a good week for Michael Arteta's Arsenal after beating two of the best teams in England just in the space of 5 days.

First, it was league Champions, Liverpool that tasted from Arsenal's ruthlessness in front of goal as they bowed to the gunners at the Emirates. If many people says Arsenal's win against Liverpool was largely due to the fact that Liverpool had won the league, what about the one against Manchester City?

As expected Manchester City dominated possessions but two clinical finishes from Pierre-Emerick Aubameyang in the 19th and 71st minute gave Arsenal the win at the will be waiting for the winner between Chelsea and Manchester United at the final on August 1.

Coaches reactions after the game. 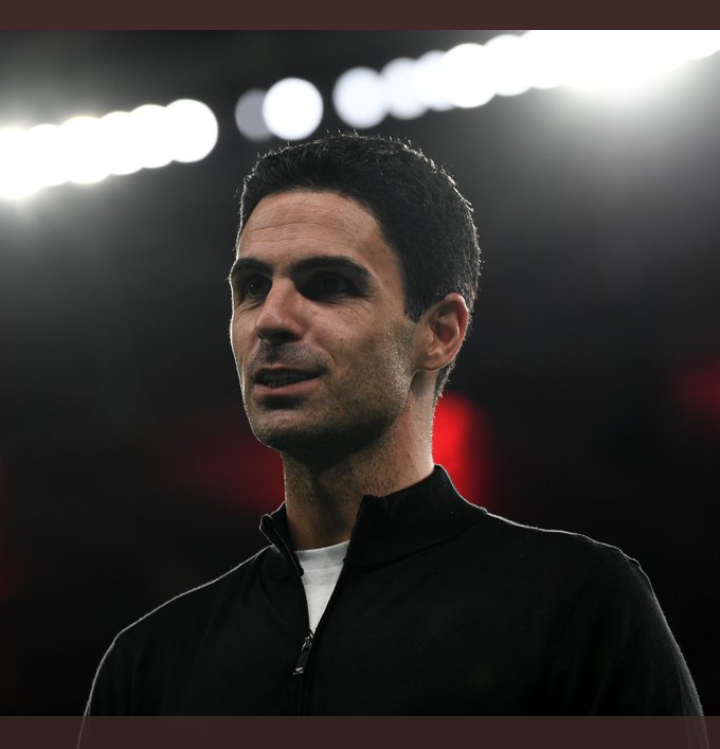 Arteta: Manchester City are really good on the hard press, as we are as well, we provoke the same situation in their box & we could of scored but we gave the ball away in dangerous situations, even after regaining the ball, the first or second pass, they are really good in transition.” 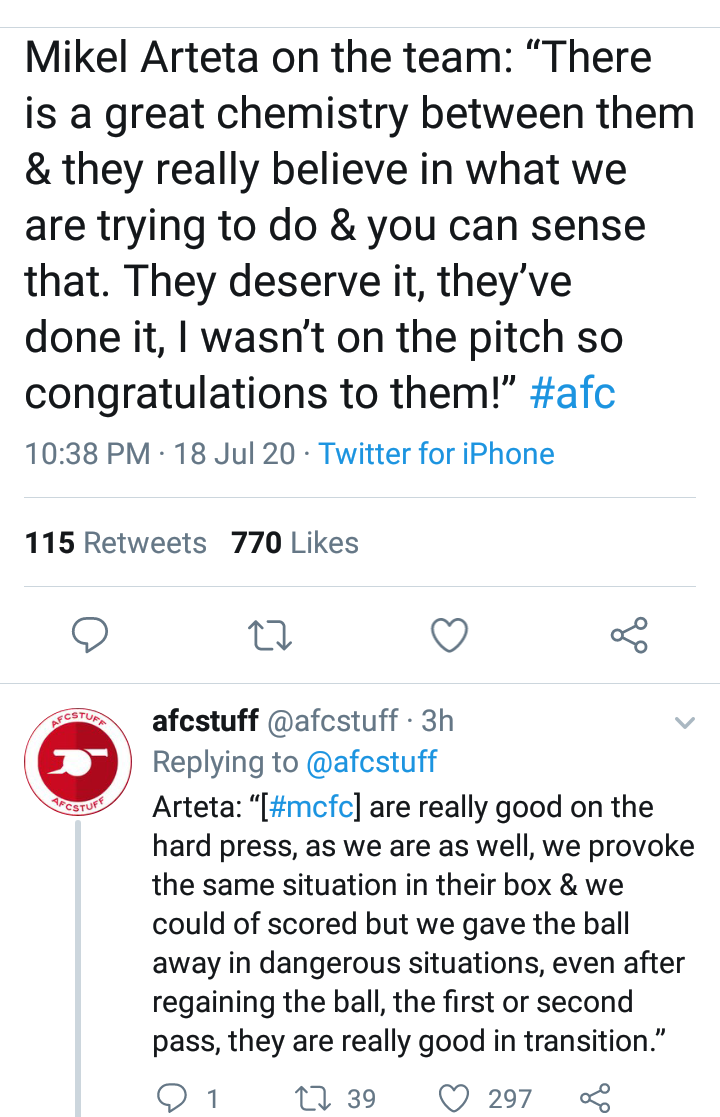 Manchester City manager Pep Guardiola: "We didn't make a good performance, we were not ready enough. If you don't play for 90 minutes in a semi-final this can happen. We didn't play good, we are human beings. The opponent played good, sometimes it happens. 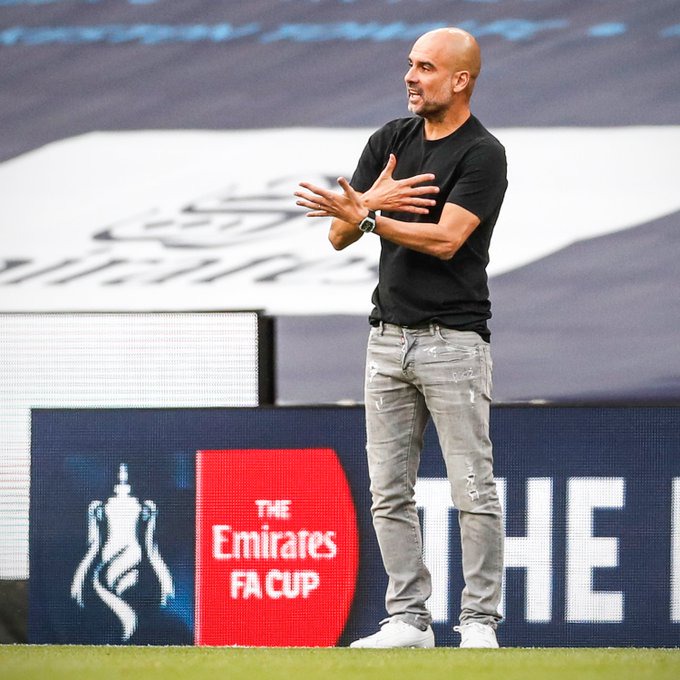 Arsenal FC have created some incredible new FA cup records with that against Manchester City. Arsenal have eliminated the holders of the FA cup on each of the last six occasions they've faced them.

Arsenal have also reached the FA Cup final a record 21 times, with the Gunners also winning the competition more than any other side (13) record breakers.