Samuel Chukwueze has been ranked Africa's second most Expensive Player

By Wolecrown (self media writer) | 8 months ago

Samuel Chukwueze, of The Spanish club Villareal has been ranked Africa's second most Expensive Player in LaLiga 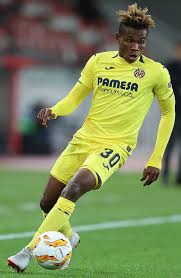 Samuel is valued at second most expensive player after Youssef En-Nesyri, a Moroccan striker. Samuel has been missing in action since May, 2021. He joined a Spanish club Villareal on 2017.

Samuel returned to training following months of lay-off caused by injury. He was injured in the club’s first leg Europa League game away to Arsenal at the Emirates, a game that ended 0-0, with the Spanish outfit eventually advancing 2-1 on aggregate. 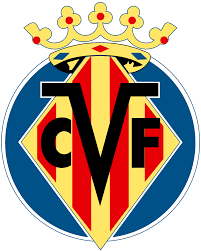 The Villareal boss, Unai Emery however has been handed a boost ahead of the international break as the 22-year-old was seen returning to training. Though, Wednesday game is too early for the Nigerian who has been out for five months has been ruled out of the Champions League game against Manchester United by the Villareal Coach.

Content created and supplied by: Wolecrown (via Opera News )