By SportzMedia (self media writer) | 23 days ago

John Cena reignited his wrestling career when he turned into a rapping heel. Cena delivered many noteworthy one-liners in the freestyle rap promos he cut before his matches. Regardless of whether he played a face or heel, Cena usually ran down his opponents and made references to local sports teams. But what is Cena's most savage line ever?

9. "When God was handing you brains, you didn't get none. I usually throw up two fingers, but you're special - you only get one." 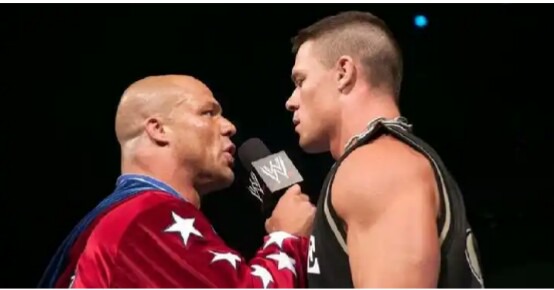 Among several wrestlers who have had a rap battle against Cena, Kurt turned out to be one of the best. Kurt usually came up with dope lines but Cena always stole the show.

WWE was concerned with Cena, cursing in the ring in the name of rapping, so Cena figured out a creative way to pass his message "you only get one"

8. "You Can throw away that patriotic masked man. Don't recycle Hulkamania. Throw it in a trash can." 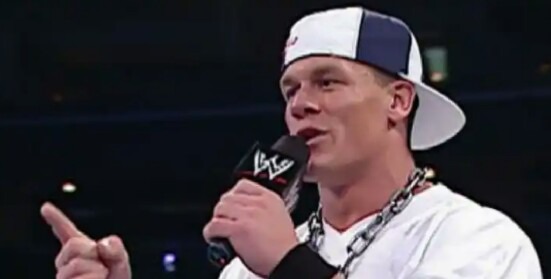 The doctor of "thuganomics" was making a reference to Hulk Hogan's run for Mr. America after he was fired by Vince McMahon.

Hulk Hogan came back to SmackDown wearing a red, white and blue mask claiming to be Mr. America and no longer Hogan since he was fired by Vince.

Everyone seemed to enjoy his joke but Cena made references that Hulk Hogan belongs in a trash can.

7. "You're not better than me, Kurt. You're not my equal. I'm like Terminator 3, you're like a Legally Blonde Sequel." 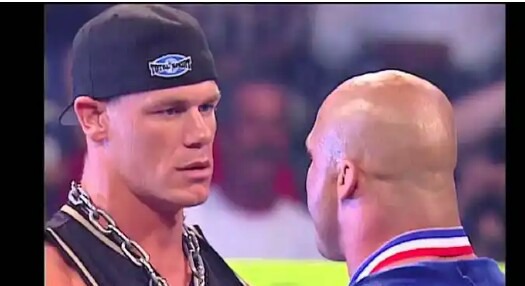 In this particular rap battle, Cena involved Hollywood in his rap lines by comparing himself to be Terminator and Kurt to be Legally Blonde sequel. Kurt's rap was funnier, but Cena brought the entertainment.

6. "I can't believe how out of shape you're getting. You've been talking for 30 seconds, and you're already sweating." 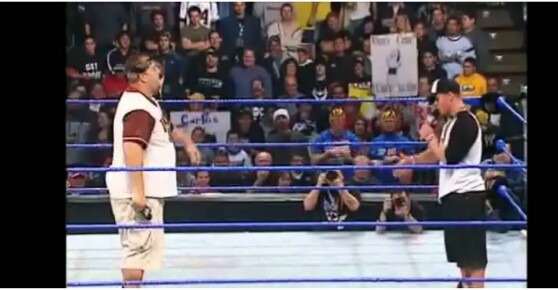 This rap battle against the Big Show started out pretty well. Big Show dropped some savage lines of his and with the chants of the fans, Big Show was already feeling like "Eminem" but when Cena dropped his line, everything ended.

Cena's line "you've been talking for 30 seconds, and you're already sweating" was not only hilarious, it also turned out to be true as the camera caught Big Show sweating even though they were not involved in any physical combat.

5. "You hop around all day like there's potatoes in your crack. That's a nice tattoo of your mother on your back." 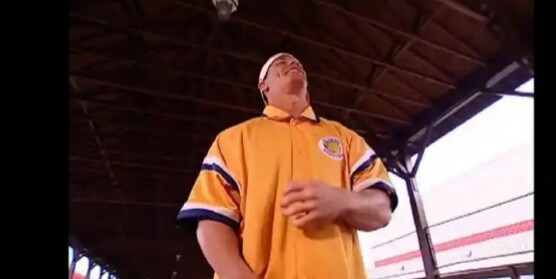 Brock Lesnar received most of Cena's best rap lines. In 2002, when Cena and Lesnar feuded, Cena saw that as an opportunity of his career and showed that by stepping up in his rapping.

Cena made fun of Lesnar's big tattoo at his back, comparing it to his mother. This made the upcoming match between Lesnar and Cena more exciting as fans wanted to see how Lesnar would tear Cena apart.

4. "Walk with Elias? I'm not really feeling it. Because without the guitar, what it means is wasted wrestling experiment." 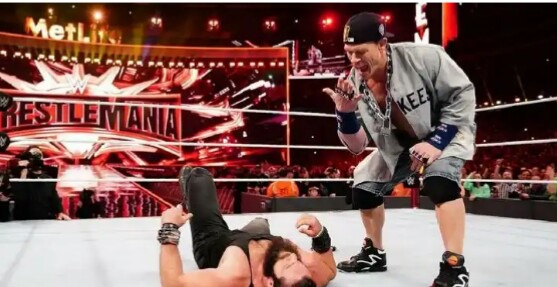 Cena brought back his character as the Doctor of thuganomics at WrestleMania 35 after a long while. The fans were happy to hear Cena's old theme music play to interrupt Elias' performance and to see Cena in his thuganomics outfit at the greatest stage of them all.

The WWE Universe have always wanted Cena to turn heel and become the bad rapper as he used to be but WWE didn't agree to that. But at WrestleMania 35, the fans were able to get a taste of what they wanted.

3. "The truth is getting scary. They weren't chanting Rocky last week. They were chanting Tooth Fairy." 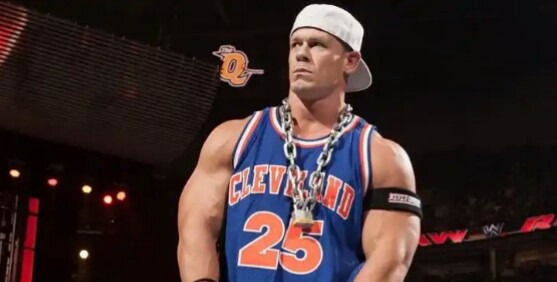 During his feud with the Rock in 2012, Cena, after a long time, brought back freestyle rap to the ring. This was as a result of the Rock making comments about Cena being a top superstar in WWE.

Cena came to Raw reminding the fans that there was only one way he could reply to his fellow wrestlers. Cena gave a savage reply to the rock in form of rap, countering on the Rock's movie career and also talked about fact that the WWE fans were chanting Tooth Fairy to the Rock the previous week on Raw.

2. "Brock Lesnar, here comes the pain. God made me strong, forgot to give me brain." 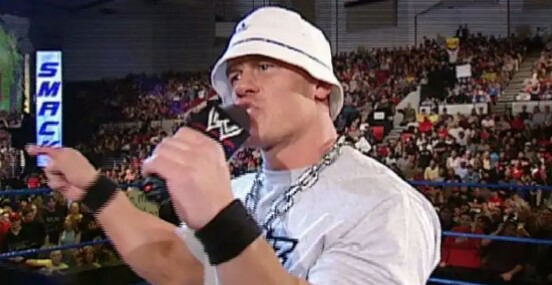 Cena was mimicking Lesnar and was also mocking his intelligence just as most of Brock's opponent used to. Cena and Brock have had intense matches but their first big match came back in 2003, where Brock defended his Championship against Cena at Backlash after winning the title from Kurt Angle.

Cena had a lot of fun mocking Lesnar but Brock, on the other hand, had more fun kicking his ass.

1. "Could we PLEASE have a week where you don't come out here and choke? You may be a G. I. Joe this summer but right now you're a G.I. Joke." 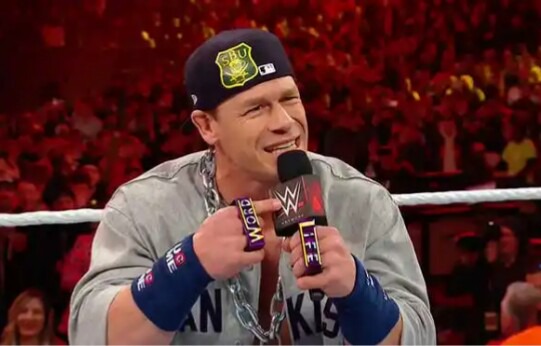 This was one of Cena's best lines through out his thuganomics career in WWE. The feud between Cena and The Rock continued and this time, Cena came with enough verses that could end a career of an upcoming rapper.

Cena was emphasising on the fact that the Rock was usually going off-script ("come out here and choke ") and also made some comments about his Hollywood career in the movie "G.I. Joe" stating that although he may be starred in a Hollywood movie, he was still a joke in the WWE ring ("G. I. Joke").