By Henryslaw (self media writer) | 3 days ago

Footballers moving from one club to another is a very common scene which is always witnessed in the football world. Out of the millions of footballers in the world, only a few play out their careers at one club. Most footballers play for at least two clubs before they eventually retire.

Spanish heavy weights Barcelona has seen a slew of players leave the club in the last decade, either on free transfers or because they were sold.

On this note, we will be looking at the top starting XI of players who left Barcelona.

The Cameroonian footballer joined Barcelona Academy in 2010 from Eto 'o Academy and rose to the Barcelona U 19s before he was eventually sold to Ajax in 2015. At Ajax, Onana developed himself into one of the best goalkeepers in Europe. 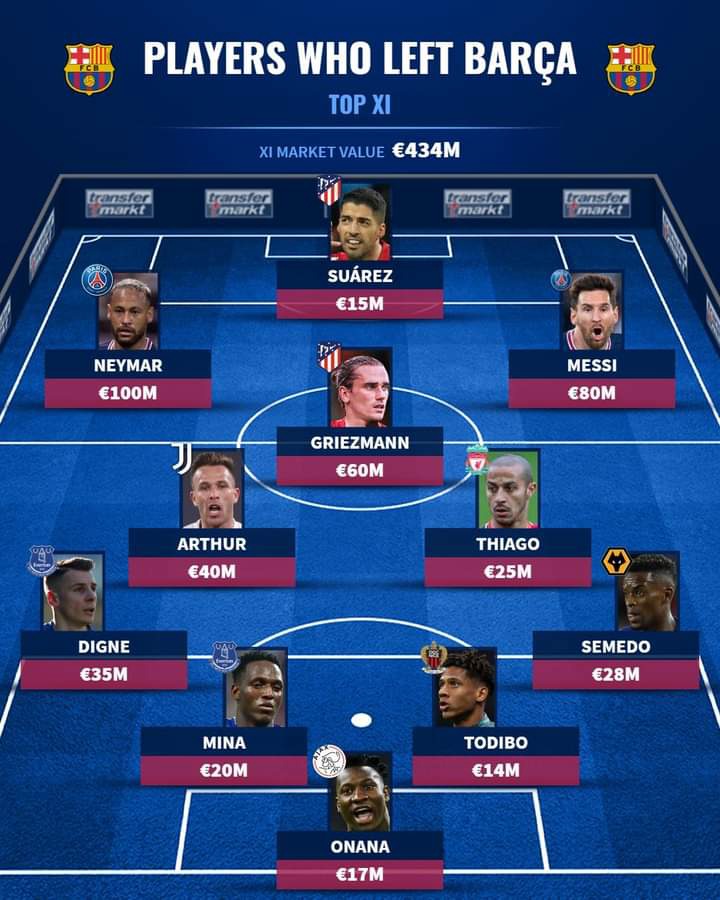 In my opinion, if these players were still at Barcelona, they would have improved the team and probably made them serious title contenders this season.