By SportsBible (self meida writer) | 1 months 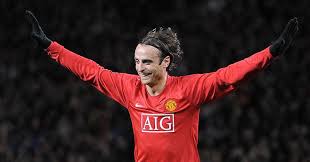 Speaking about the Burnley versus Arsenal clash which he predicted the home side to win 1-0, he said: "Burnley are not a team to be underestimated. In this league there are so many surprises and as much I like the way Arteta wants them to play, Arsenal are still a bit shaky in defence, so I’m backing Burnley in this one." 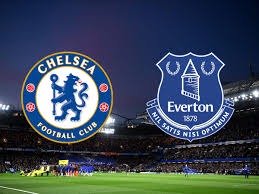 Judging from Berbatov's prediction for this fixture, Chelsea will not be taking advantage should Manchester United drop points after playing against Man City. This is because the former Man United man backed Carlo Ancelotti's Everton to get a draw at Stamford Bridge.

Giving his reasons for predicting a 1-1 draw for this game, he said: "Tuchel has come in and he has made them very hard to beat. I can’t see Everton taking all three points but if they want to still be in the race for the top four then they have to get something from this match."

According to Berbatov, Man United will be the team to end Man City's unbeaten run. He backed his former club despite their poor recent form and stats showing that United has struggled against the big teams in the Premier League this season. 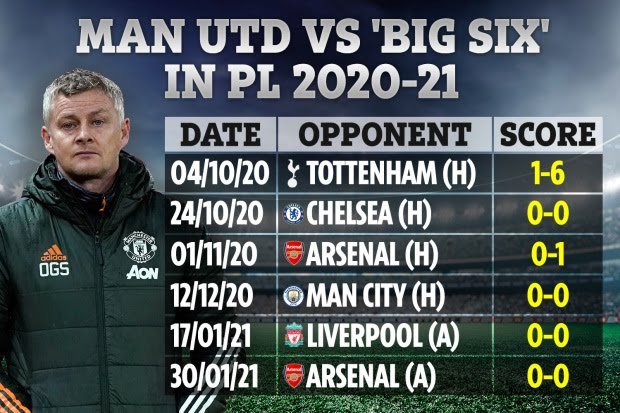 Photo credited to the Sun

This photo shows that Man United has only scored one goal against the "big six" and is yet to win. Last weekend Man United added to this stat by playing a 0-0 with Chelsea at Stamford Bridge.

Predicting Man United to improve those stats by winning 2-3 at the Etihad, Berbatov said: "I want United to put and end to this City winning streak, I think it will be on the minds of the City players and United can take advantage of that, so I am going to go with them."

"Is This What Nigeria Police Have Been Reduced To"-- Uchemadu Drags Kiddwaya For Having Escort.