6 Players Who Played on Through Injury

Injuries are a common occurrence in football. Players must take care of their bodies if they feel something is amiss, or they risk missing a significant portion of the football season. When a modern footballer feels an ache, discomfort, or difficulty with a physical part, they tend to remove themselves from the game. Of course, some injuries, such as a torn ACL or a fractured bone, are catastrophic and unavoidable. For the sake of their colleagues, certain football players have been known to play through pain and injury. There have been players who have played through terrible injury to make an indelible impact on the game, whether it was in a major cup final or a World Cup competition. 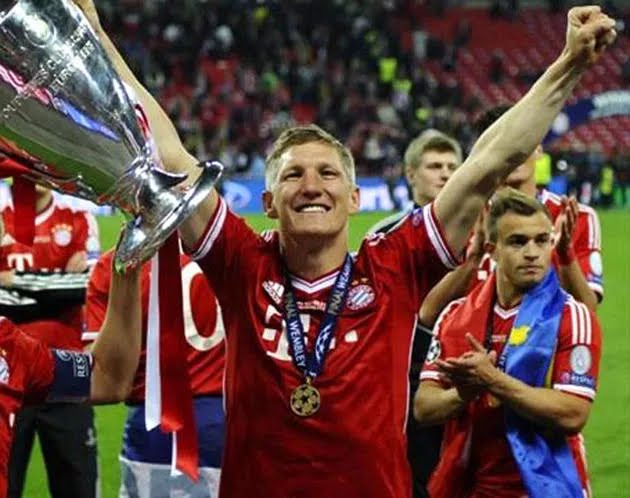 During the 2012/13 season, the famous midfielder was a key member of Bayern Munich's treble-winning team. What is less well known is that, in order to avoid missing any critical matches for the Bavarian team that year, the former German international kept quiet about the fact that he was playing through the season with a major ankle injury. He never mentioned the severity of the injury, and it wasn't until after the season that it was disclosed that he would require surgery to fix the damaged ankle. Maybe that's why he was having trouble getting back to full health for Manchester United then 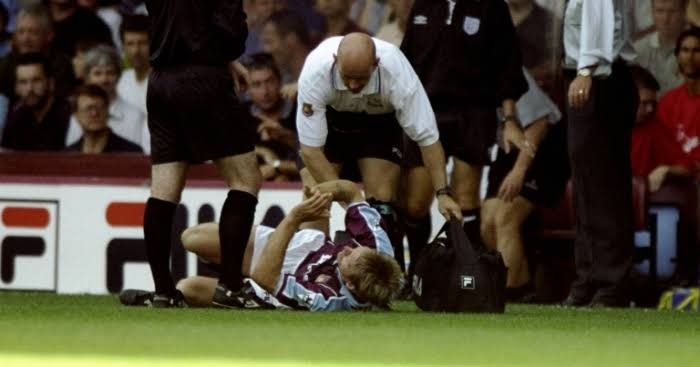 When Stuart Pearce collided with Watford's Micah Hyde while playing for West Ham in 1999, he broke his leg. Pearce began running off the injury because he didn't want to come off, which was impossible. Pearce wore his boot to keep his foot in place and prevent the injury from worsening. 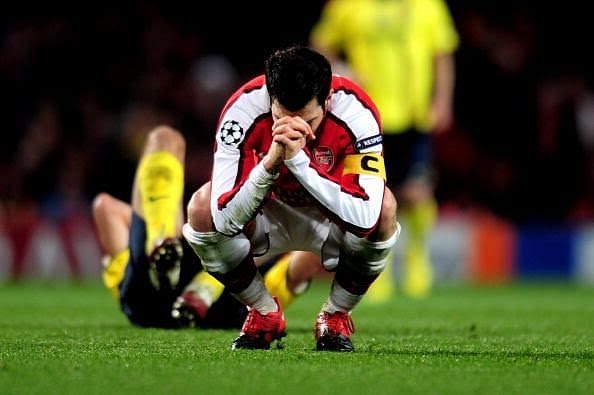 In a Champions League match against future club Barcelona in March 2010, the promising Spanish international had an amazing performance. Despite injury worries after hurting his knee in the previous encounter against Birmingham City, the Arsenal captain started the game. Fabergas led his team to an incredible comeback at the Emirates Stadium while being injured. He was pulled down by Carles Puyol in the 85th minute, resulting in a red card for the Barcelona centre defender, and the Former Spaniard man bravely took the spot with what was later discovered to be a fractured leg. 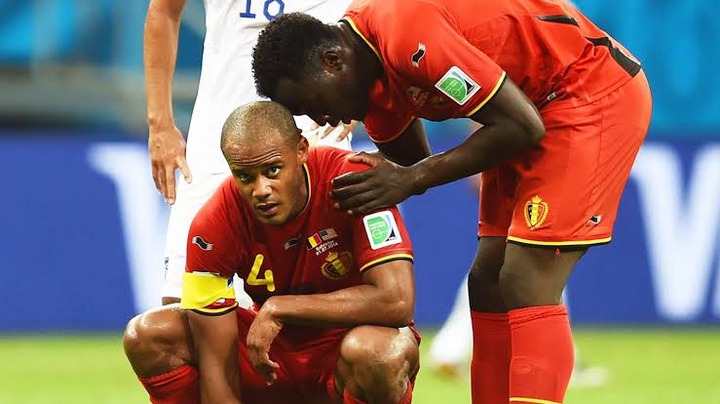 The Belgian International, formal Manchester City's most vital defenders, was chastised for his proclivity for injuries. He is, without a doubt, one of the most injured football players in the club's history. But that doesn't change the fact that the Belgian has three Premier League titles in eight years, making him one of the league's most decorated defenders. A lesser-known detail about the former Manchester City man is that he once played a full football game while suffering from a broken nose, concussion, and, to make matters worse, a damaged eye socket. Kompany appeared to have been thrown through a wood chipper after Belgium's encounter against Serbia in 2013, but his passion and devotion kept him on the field, and he made sure that he finished the match as their captain. 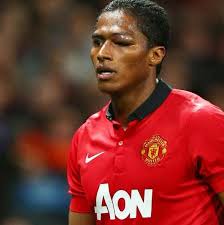 After being clobbered early in the Champions League encounter against Olympiacos on Wednesday night, Manchester United's midfielder looked like a boxer battling through the 12th round of a title fight. Despite his swollen eye making it difficult for him to see, he battled on until the 77th minute to take in as much of United's beautiful night as he could. 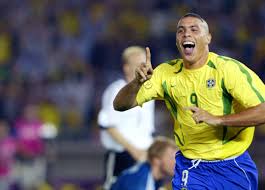 Not only with his national team, but also with Inter Milan, Real Madrid, and Barcelona, the former Ballon d'Or winner has had a stellar career. His ability as a world-class attacker has garnered him parallels to football great such as Pele and Marco van Basten. The World Cup champion was one of the most dangerous strikers of his period, and he made sure to deliver every time he took the field. However, many people are unaware that just hours before the 1998 World Cup final, the Brazilian legend reportedly had a 'fit' in which foam erupted from his mouth. The doctors forbade him from playing, but his love for the sport shone through in his deeds, and he made it to the finals. Despite the fact that Selecao lost, they did respond to the French team four years later. As previously stated, he was not cleared to play, and as a result, this information sparked a lot of debate in the media, with some claiming that Nike coerced him to play. Both Ronaldo and Nike, on the other hand, have refuted all of the rumors.