By aniemiacs (self media writer) | 1 year ago

French Ligue 1 disciplinary commission has dished out severe punishments to both Olympique de Marseille and OGC Nice over their violent conducts in their abandoned Ligue 1 game on August 22, 2021. 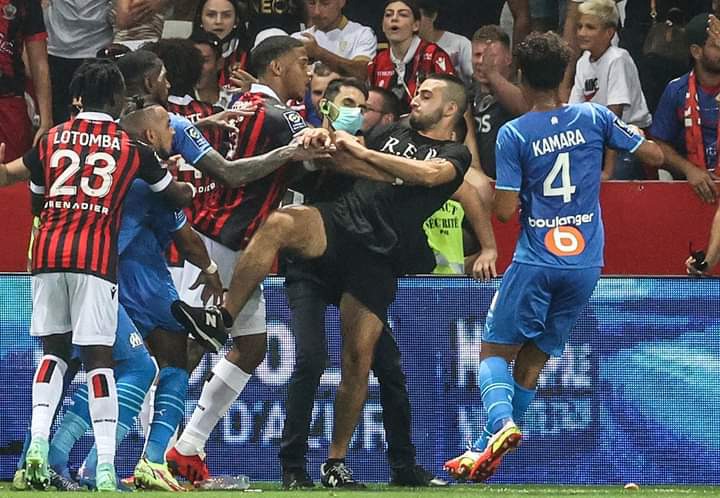 It should be recalled that both French clubs abandoned their game with just 15 minutes left to play. At the 75th minutes of the game, things really went out of control, as it was seen how some Nice supporters began to throw objects into the pitch of play. One of the objects hit a Marseille player “Dimitiri Payet”.

Payet on the other hand retaliated by throwing the object back into the spectator’s stance. His fellow teammate, “Alvaro Gonzalez” teamed up with him also to throw objects at the fans. This prompted the stewards to intervene by trying control the OGC Nice's who were already raging. 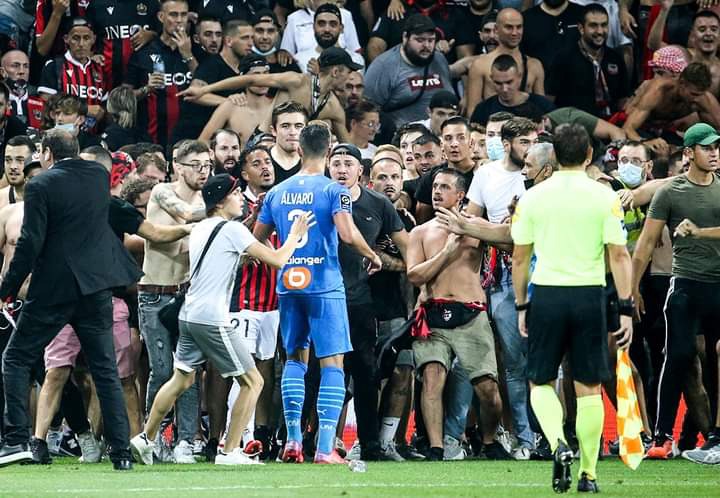 This singular act got the Nice's fan raging as they invaded the pitch. All efforts by the stewards together with the referee to control the furious fans proved abortive. This forced the referee to stop the match.

The situation became a free for all as players and spectators get at each other in a scuffle. Staff of both clubs were not left out of the scuffle as the also joined. Marseille boss Jorge Sampaoli, had to be dragged away from the scene by his coaching staff. It eventually took the security guards of the stadium to force the two teams off the field. 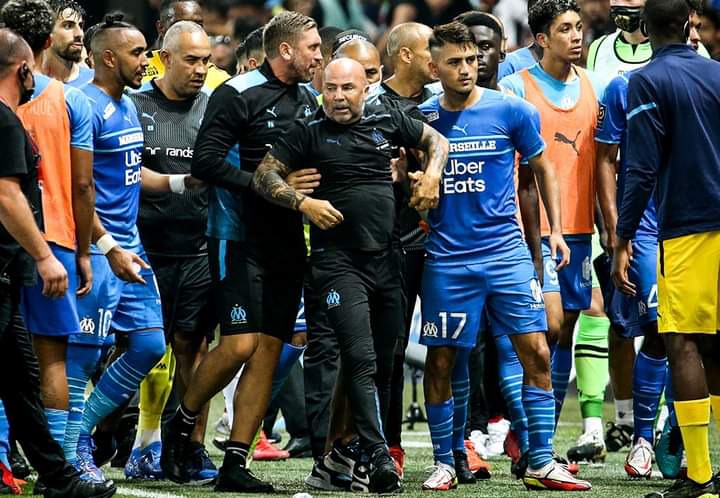 The game could not continue afterwards as OGC Nice were already leading 1-0 on returning to the pitch, but Marseille failed to show up due to security reasons, so the game was abandoned.

Weeks after the incidence, the French Ligue 1 disciplinary committee has decided to punish both teams.

The following were the 5 severe punishments dished out for both teams:

OGC Nice, who happened to be the home team were docked 2 points and are now left with 7 points meaning they drop to fifth place of the log standings.

Although he was at the center of the violence, he escaped with just a single ban.

Olympique de Marseille physio and staff, Pablo Fernandez who punched a fan gets suspended up until June.

5. Game to be played without fans.

Following the violent conducts, Nice will play their next home fixture on a neutral venue without supporters (behind closed doors) including the return leg against Olympique Marseille.

What is your own view?

Content created and supplied by: aniemiacs (via Opera News )