Opinion: Gernot Rohr Is Wrong To Blame Nigeria's Loss On The Absence Of Two Players

Central African Republic clinched an important win against Nigeria in their 2022 World Cup qualifier game earlier today. Nigerian head coach, Gernot Rohr, would not be pleased with the performance of his players especially in the second half of the encounter.

Nigeria started the game on a very good note as they created chances after chances in the early stages. However, the attackers couldn't manage to put one of those chances in the back of the net. 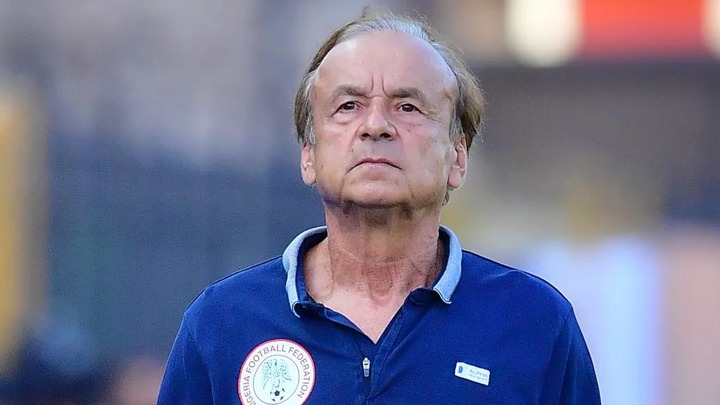 Speaking after the game, Gernot Rohr blamed his team's loss on the absence of two star players, Alex Iwobi and Wilfried Ndidi. Ndidi and Iwobi missed the clash against Central African Republic due to injury.

Speaking after the game, Gernot Rohr said: "The players are still disappointed in the dressing room and still not understanding why we could lose this match.

When we analyzed it, we dominated possession of the ball, we had several opportunities to score but we did not score and very often in football, there was a counter and our opponents scored".

Gernot Rohr's statement after the game is not an acceptable excuse

Football managers come up with defensive excuses when they get their tactics wrong in a game. However, I think Gernot Rohr is wrong to blame his team's loss on the absence of two players.

Although, Wilfried Ndidi and Alex Iwobi are two important players especially for the national side. However, their absence can be well managed considering the quality of players at Gernot Rohr's disposal.

What do you think about Gernot Rohr's excuse? Do you believe the absence of Ndidi and Iwobi cost him the game against Central African Republic? Drop your comments and let's see what you think about this.