Africa is the 2nd largest continent in the world after Asia. it covers 6% of the world population and inhabits over 1.3 billion people. Below are some interesting facts about Africa you need to know...

2. South Africa is the most visited african country

3. Nigeria has the richest black people in Africa

5. A person from Botswana is called Motswana

6. A person from Lesotho is called Mosotho

7. A person from Niger is called Nigerien

8. A person from Burkinafaso is called a Burkinabe

10. Al-Ahly of Egypt is the richest club in Africa

11. Didier Drogba is Chelsea highest goalscorer in all competition

12. Johannesburg, South Africa is the most visited city in Africa

14. South Africa has the most grammy award winners in Africa

15. Ethiopia has the most airports in Africa

17. Ethiopia is Africa’s oldest independent country, it has existed for over 3,000 years without being colonized.

19. The president of Angola (President Jose Eduardo Dos Santos) have been ruling Angola since 1979.

20. George Weah of Liberia, is the first African to win World, European and African footballer of the year in the same year.

21. The Gambia is the smallest country in Africa followed by Swaziland

So these are some of the few fascinating facts about Africa, which numbers thrilled you the most? Let me know in the comment section. 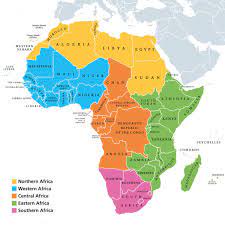 Content created and supplied by: Kevins'hub (via Opera News )

Newcastle wins in a six-goal thriller against Leicester