Manchester United players are always fond of going to social media to apologize after they lose a game. They should stop doing such a thing because it makes the fans have a recap of what happened on the field. Bruno Fernandez makes use of Instagram and Twitter to apologize. There was a period where he lost a penalty against Aston Villa, and he went ahead to plead with the fans. Nobody wants to listen to them or have time for their messages 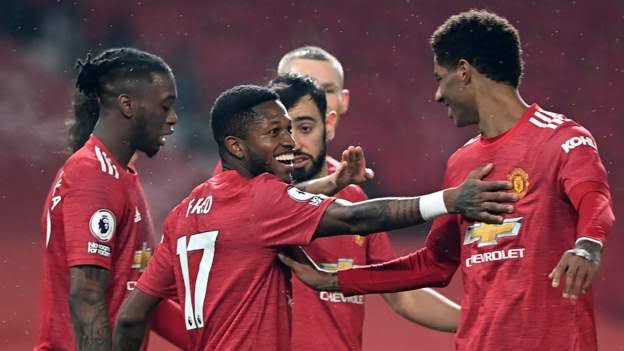 Another Manchester United player that is fond of doing that is Rashford. I can remember Manchester United against Villarreal. He gave an excuse, telling the fans that he had played through pain and that he would continue to play for the club, He went ahead to apologize to the fans and stated that they would come back to win trophies next season. When Manchester lost to Tottenham 6 goals to 1 at Old Trafford, he did the same thing. Not only did Bruno, but Lingard also apologize to the fans after the back pass he did against Young Boys in the Champions League.

For their poor performance, they need to improve on the field that will make the fans happy instead of the social media thing. Gary Neville also said that Manchester United players should just apologise on TV. The question is, why do they usually do such a thing? Is it the fans that are making it compulsory, or do they just want to pity the fans? Winning games is very important and they should make sure it is done.

Manchester United has been struggling this season and apologies will come mostly from the captain. Manchester United Is looking forward to changing their season. They lost their last game, and it will take a long time to get back on track.