Despite His Apology To Barcelona Fans, Suarez Has Finally Taken His Revenge On Barcelona

By NigerNews (self media writer) | 3 months ago

It has often been said that people don't know the value of something until they lose it. So is the case of Luiz Suarez and FC Barcelona. The Uruguayan was sent away from the club last year in a fashion that the prolific forward describes as being disgraceful. However, the same man has taken his revenge on them today as Atletico Madrid defeated Barcelona by two goals to nil. 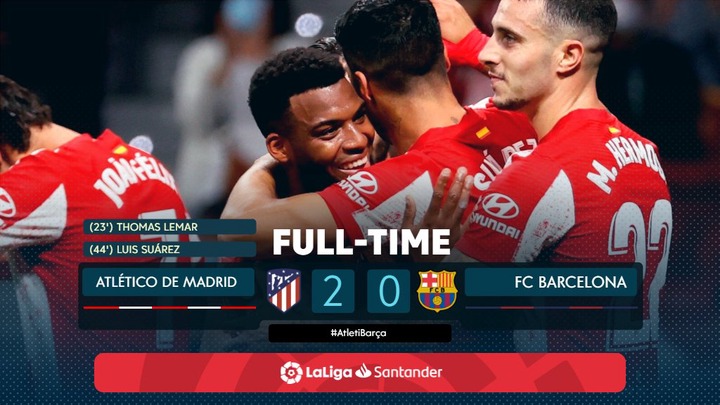 A brief history of Suarez's individual achievement in Barcelona shows when he won two Golden Boots in Leo Messi & Cristiano Ronaldo's era. There was a time he also scored a hat trick against Real Madrid (on October 28, 2018) without Leo Messi, he also did something similar in Liverpool without Gerrard and was Ajax's captain at 21. So Barcelona made a horrible decision by telling him to move on in the 2020's summer window.

Anyways, In today's game, Atletico allowed Barcelona to take charge of the possession but the home team converted their chances, unlike the visitors. Suarez takes the credit for assisting Lemar to the first goal before he doubled the lead at the stroke of half-time from Lemar's assist which was all Atletico needed to register their fifth win of the season. 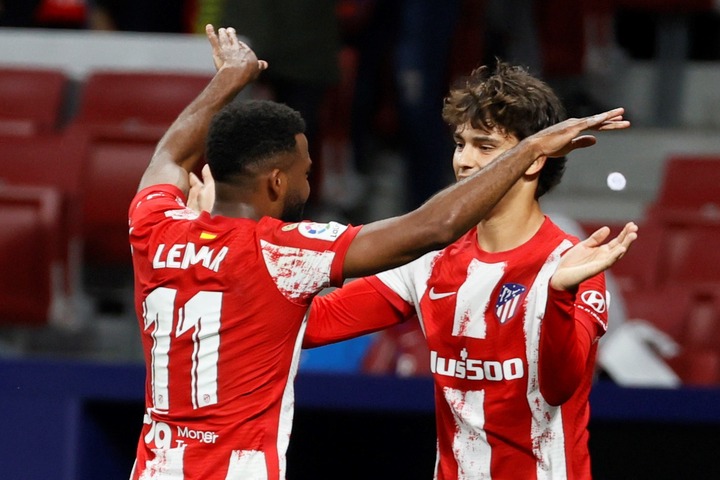 Despite showing some form of respect to the Barcelona fans after scoring today, Luiz Suarez has proven himself to his old club that they have lost a gold coin and he would be pleased with what he did today as he scored a goal and also gave an assist. Although, he proved his quality to Barcelona last season when he helped Atletico to clinch the La Liga title. But today's victory will give the ex-Liverpool's striker more satisfaction.

Diego Simeone saw that Suarez has knitted the job perfectly tonight, so he replaced him with Greizmann in the 72nd minute.

Nevertheless, it will be a lesson to Barcelona and other several clubs in the world not to treat any of their players in that manner because they can come back to haunt them someday as Suarez did today.