Premier league is one of the best football leagues,the league is so challenging that it requires best players and best coaches. 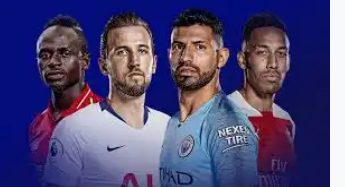 Below are last premier league matches 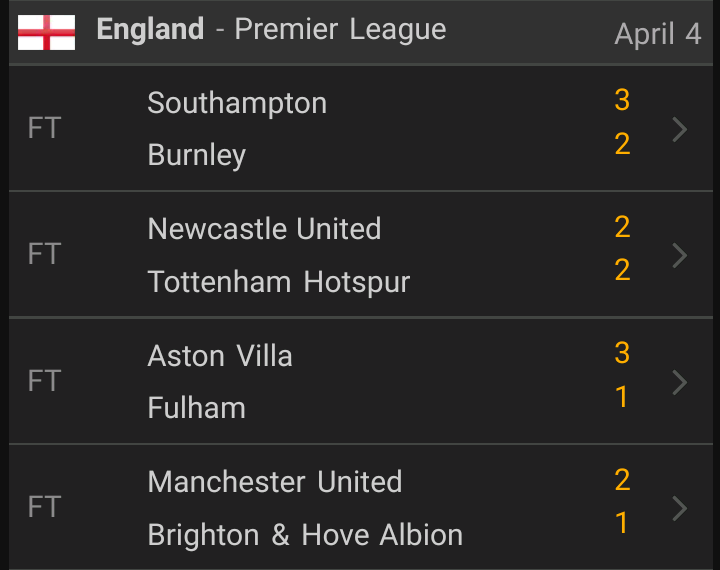 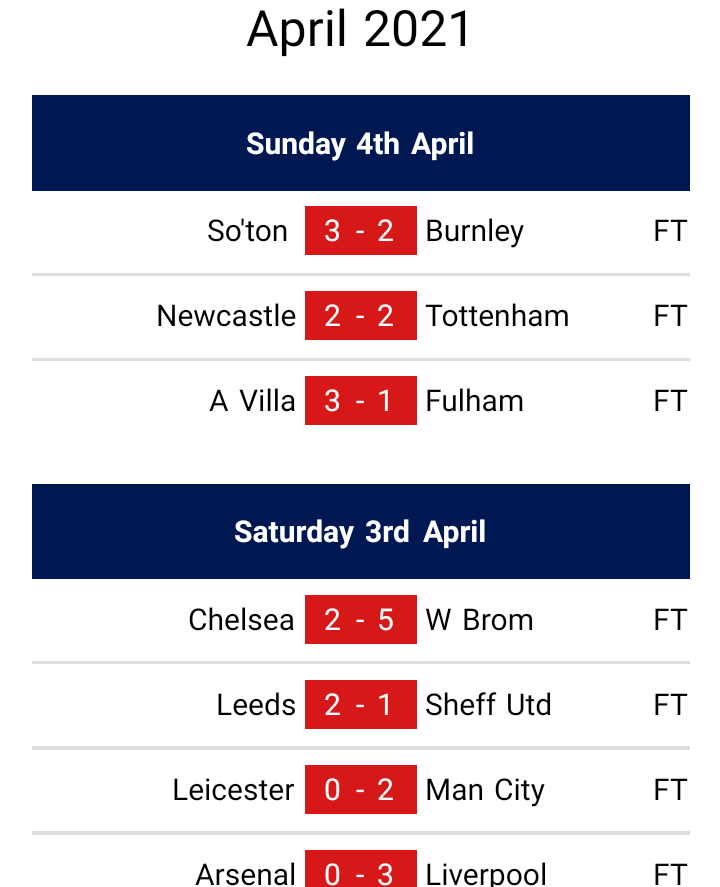 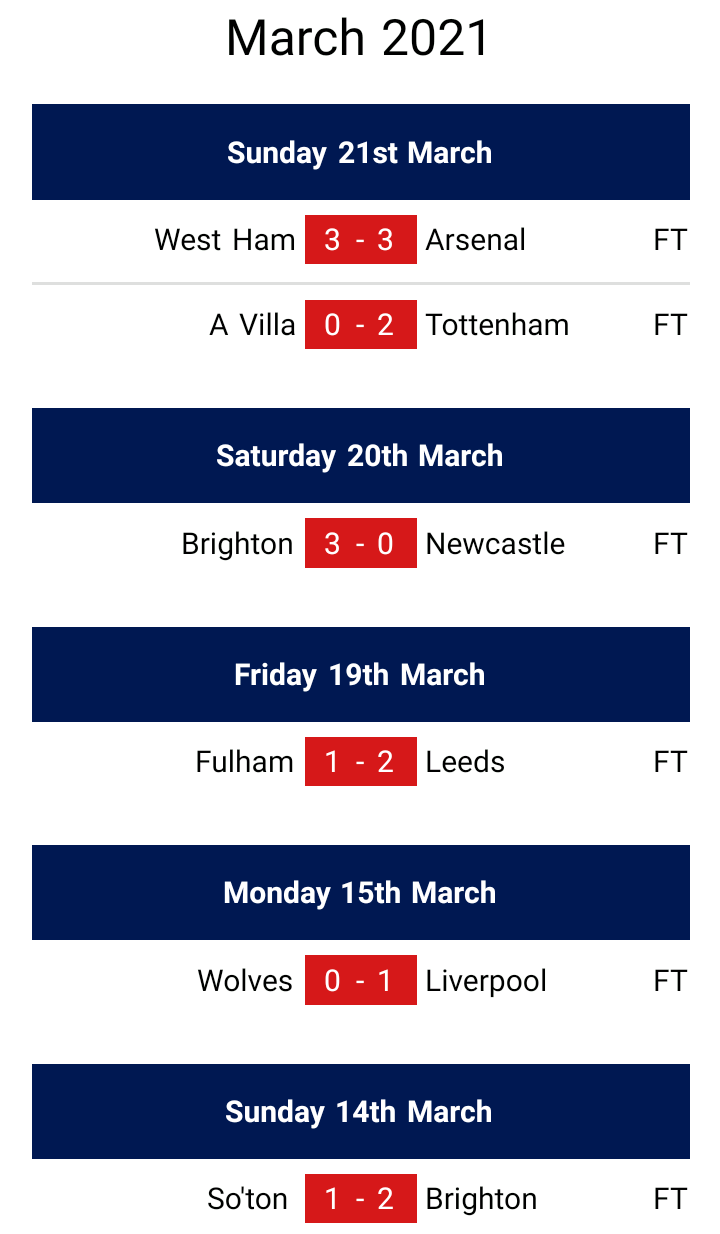 Yesterday Chelsea was defeated by West brom,the match was indeed clash of football giants,Chelsea tried all they could to win but unfortunately they were defeated. 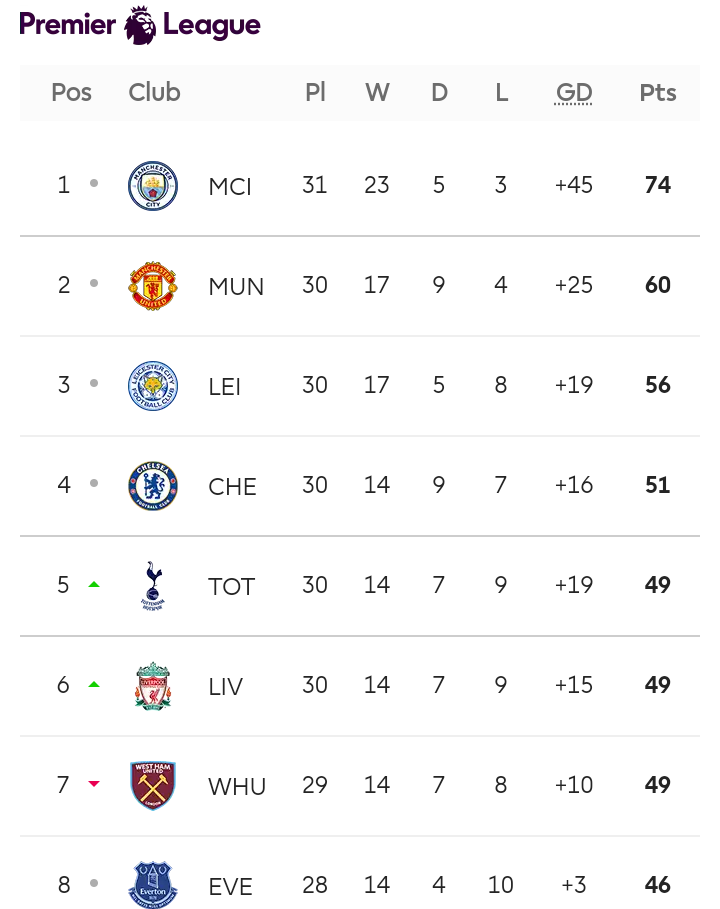 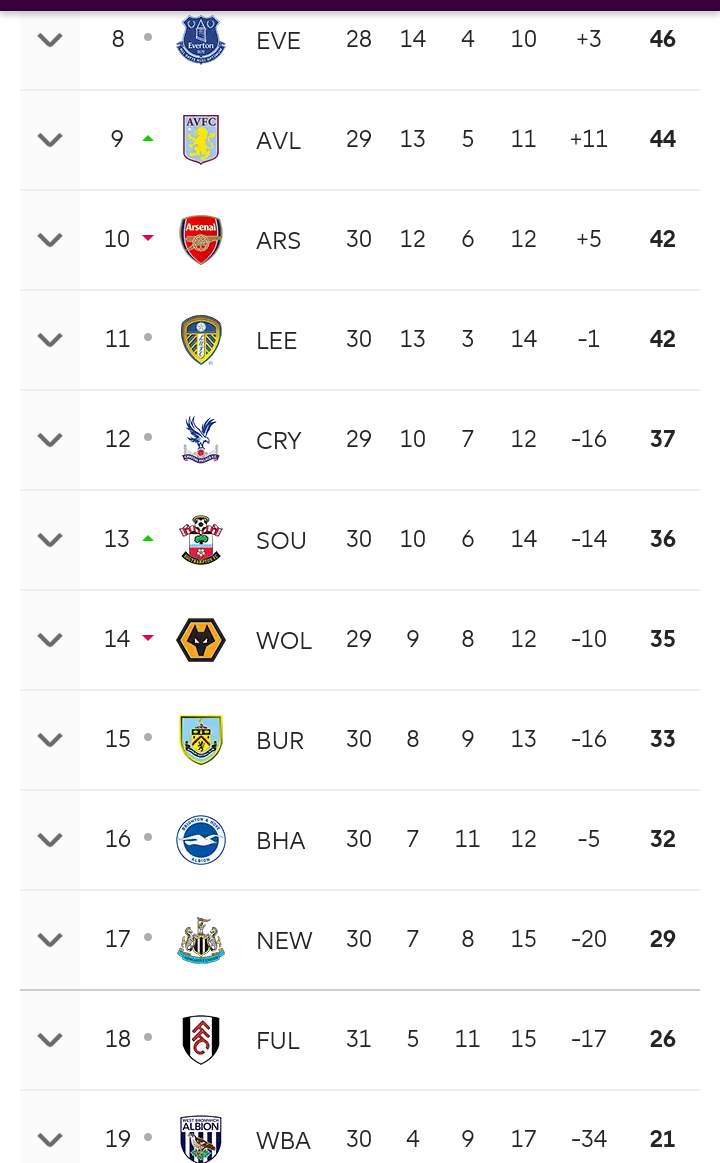 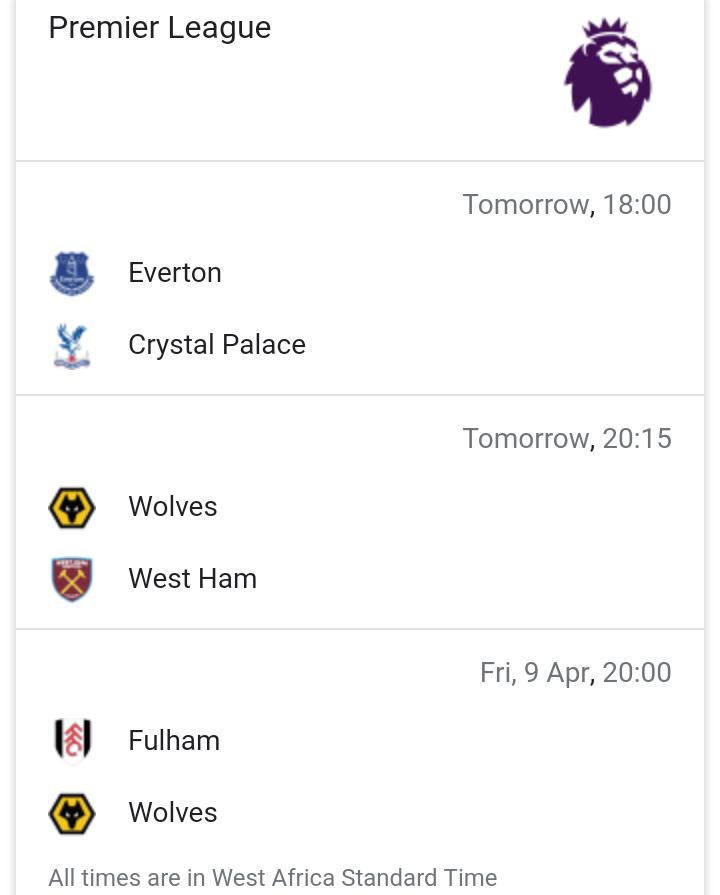 Everton will be facing Crystal Palace tomorrow,Wolves will also be competing against west Ham. 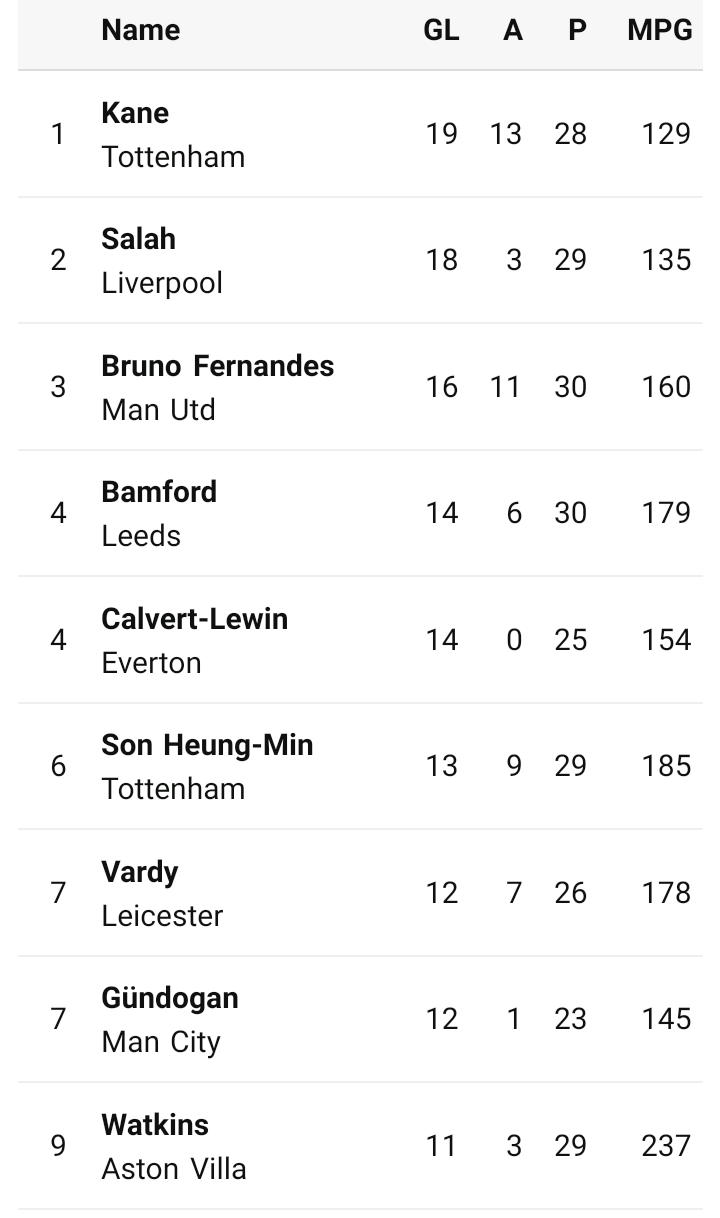 The second top scorer is Salah with 18 goals.

The third to scorer is Bruno Fernandes with 16 goals.

The fourth goal scorer is Bamford with 14 goals.

The fifth goal scorer is Calvert Lewin with the same goals as Bamford.

Content created and supplied by: Hassex2024 (via Opera News )