Here, we look at the top 5 players who rejected Arsenal.

Arsenal have been fortunate enough to sign a great many world-class talents in the club’s history, owing to their success in the world of football and also being situated in one of the greatest capitals of the sport.

Some great players like Thierry Henry. Ian Wright, Patrick Vieira and Cesc Fabregas have agreed to sign with Arsenal in the past but the club has missed out on a lot of stars as well. Arsene Wenger has built up a reputation of claiming scouting rights to some of the world’s biggest stars when they were still prospects. However, there have been several other world-class players who Arsenal missed signing – and some of them are going to make you groan with remorse!

The Professor stated that he came close to signing almost every one of the top players in the world today and we will take a look at the best 5. 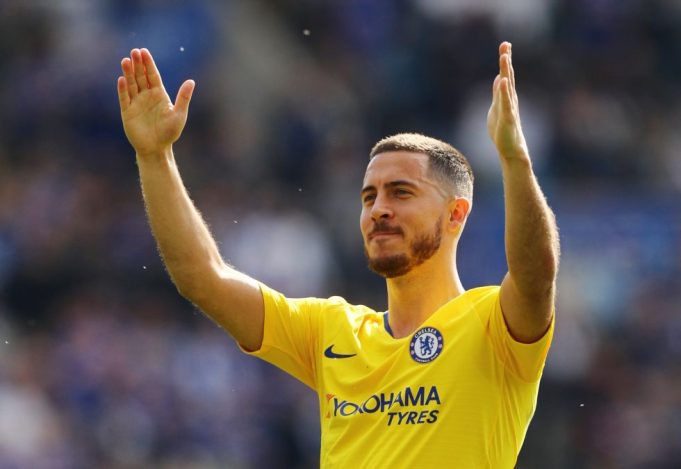 There are plenty of names who could have been named the fifth man on this last like Jamie Vardy or Michael Carrick but I have to go with Eden Hazard. The Belgian who arguably turned into the best player in the Premier League could have ended up at Arsenal.

After winning the Ligue 1 title with LOSC Lille, the summer of 2012 came with a lot of drama surrounding Hazard’s name. The winger was the hottest prospect across Europe and he was being pursued by almost every single one of the Premier League big guns.

Hazard himself was playing out the field, being courted by every big English club. Unfortunately, for the Gunners, it was Didier Drogba who ended up convincing the Belgian into signing for Chelsea. Of course, it was the Blues’ Champions League trophy clinch in the prior season that also played a major part in his decision.

After 7 seasons at South West London, Hazard seems to have outgrown Chelsea and is looking for more success in the Real Madrid ranks.

4. Zlatan Ibrahimovic Is One Of The Players Who Rejected Arsenal 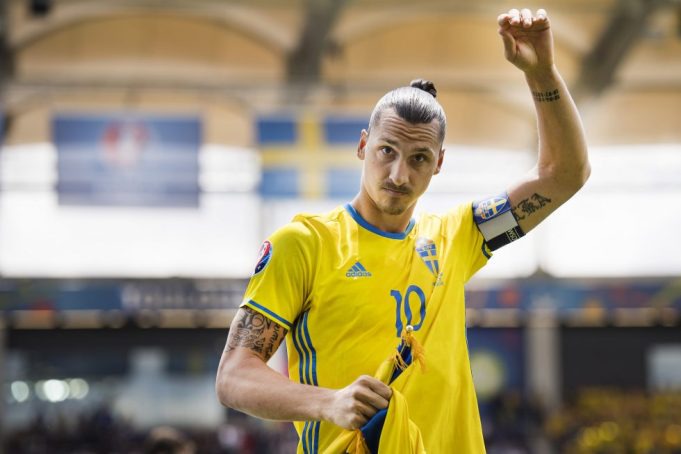 One of the most enigmatic footballers of his generation and arguably one of the best strikers ever, it should come as no surprise that Arsenal had expressed interest in Ibrahimovic back in 2000.

The Swede started out in his professional career with Malmo FF when Arsene Wenger approached him that summer. He was offered the number nine shirt outright but the French manager was shocked to hear Zalatan’s reply when he was asked to go through a trial.

Ibrahimovic famously was quoted to have said: “Zlatan does not do auditions,” and walked out on potential transfer talks. That became a part of his equivocal personality that we all have come to know and love today.

Nevertheless, the 6 feet 5 inch forward found massive success in Europe playing for clubs like Inter Milan, Juventus, Barcelona, AC Milan, Paris Saint-Germain, winning almost every major trophy other than the UEFA Champions League. He finally made his way into the Premier League in 2016 as a 33-year-old veteran and won the Europa League and the Carabao Cup. 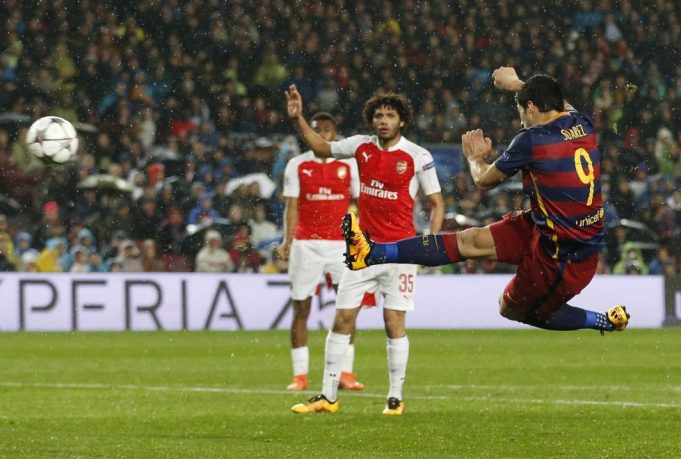 Luis Suarez is a highly controversial public figure but he is unquestionably one of the best footballers in the world right now. Ever since he broke into the limelight with Liverpool, the Uruguayan international has been cast as a dirty player quite a few times for reasons of his own doing.

But during a time when Arsenal were in need of an elite frontman, Suarez became one of the worst near-misses in the club’s history. Suarez had joined the Reds from the Dutch side, Ajax in 2011 and developed into a top centre-forward.

After hitting his best form, he started to grow frustrated at Anfield for the club’s inability to compete for trophies. He looked to push for a move out of the club when Arsenal expressed interest.

Liverpool had claimed that they would not accept offers below £40m and Arsene Wenger comically made an offer worth £40,000,001, making shocking headlines across the tabloids. Moreover, Wenger stated that he was not given proper information about the clause with Suarez and was misled. Nevertheless, The Reds, given the offer, rejected the Frenchman’s offer and managed to convince Suarez into staying through their captain, Steven Gerrard, who said that “he was too good to move to Arsenal”. 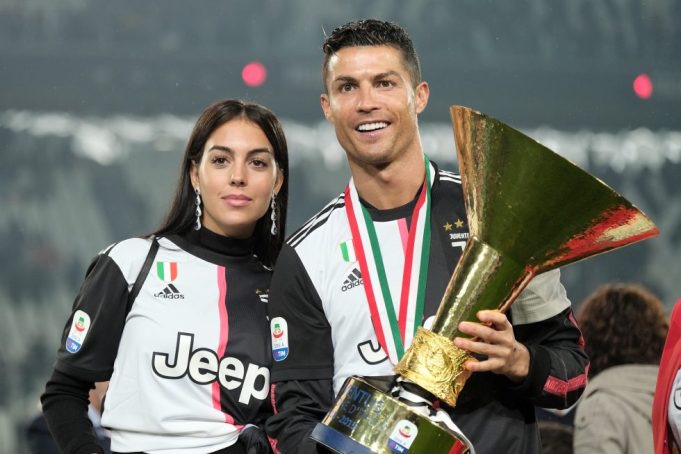 Cristiano Ronaldo always had ambitions of becoming the world’s best player and he was showing all the right traits to do so when he was still at Sporting Lisbon. His electrifying skill paired with his skill on the ball had enticed Wenger into meeting with him at the Highbury back in November 2002.

The French manager was already shouldering massive financial pressure from the bosses at North London, relating to the club’s plans to shift the home base to Emirates. At the time, Liverpool and Barcelona were also heavily interested in Ronaldo but it was Manchester United’s Sir Alex Ferguson who took the early leap of faith on the Portuguese.

Just like countless times before, the legendary Reds Devil boss won the battle for Ronaldo over Wenger and quickly signed him into a deal through his agent, Jorge Mendes. Now, the attacker is a 5-time Balon d’Or winner and one of the best players to have ever graced the pitch. Guess Arsenal really missed out on this one. 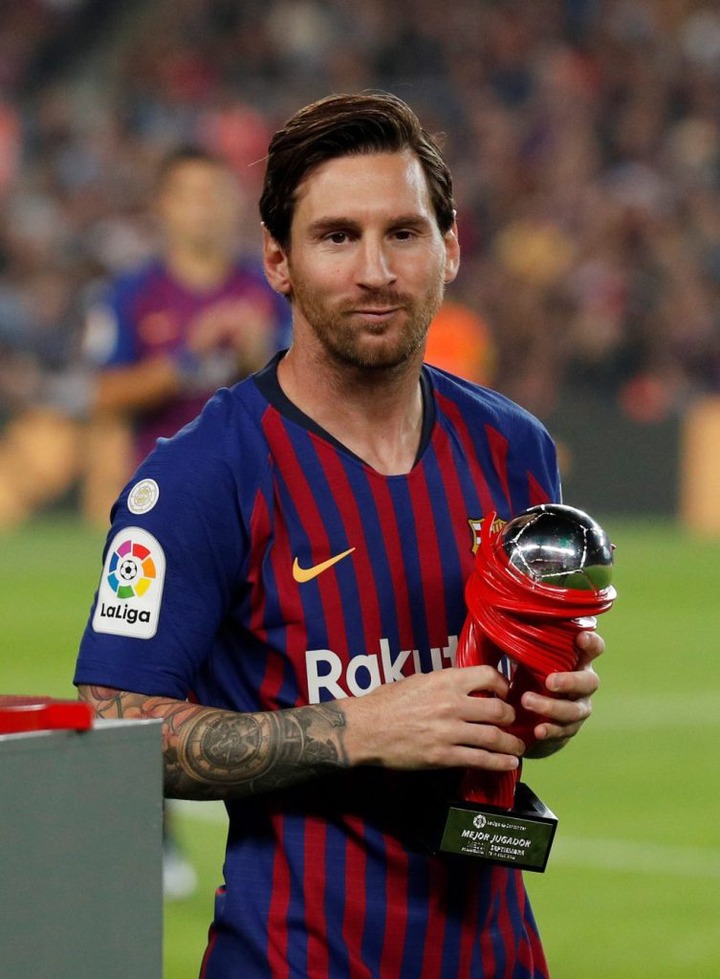 If you’re still reeling over Ronaldo’s near miss with Arsenal, wait till you hear about Lionel Messi. The Argentine star was close to signing for the Gunners as a 16-year-old around the same time Arsenal cut out a deal for Cesc Fabregas.

Arsene Wenger had managed to poach the midfielder out of the Barcelona youth ranks and was making arrangements for Messi as well. Just before acquiring the signature, the striker decided to stay in Spain after Arsenal failed to secure residential quarters for his family.

After over a decade from that one decision, Messi must be pleased to have stayed at Camp Nou to stake his claim for the best player to have ever played at the sport.