By Arewareporter (self media writer) | 7 months ago

The relationship between Nigerian footballer Jude Ighalo and his wife continue to deteriorate as the duo started a verbal war on social media yesterday. Jude Ighalo and Sonia got hitched in 2019 but the marriage did not last as expected by many. Although Sonia is still claiming to be his wife, the couple allegedly got seperated in March 2021 after Ighalo accused Sonia of disrespecting him and his family.

Many people rumoured that their marital crises began when Odian Ighalo celebrated a party just nine days after the death of Sonia sister, Mary who died in Canada following a berief illness in 2019. But a closer look at their situation would reveal that there is a hidden truth behind their marital collapse. Just recently, Sonia has called out the footballer while sending a congratulatory message to him after one of his girlfriends delivered a bouncing baby boy for him.

Sonia cited that although she is the only legal wife to the footballer, that will not stop her from congratulating him. She mentioned that currently, Ighalo has five children but only two of them are from her. He also has two additional baby mamas and some slay queens that want to date him.

Replying to her allegations, Ighalo stated that nobody can bring down a good man whom God has blessed and no one cursed.

It can be seen that Ighalo's reply to his ex-wife was cool and matured. He tried to avoid using words that can tarnish his image despite the allegation raised against him by his wife. In a relationship, even after a break-up with your partner, there is a need to respect him or her because you don't know what tomorrow may bring. Perhaps you may settle your contention and embrace each other in the future. It should be learnt that even after a relationship between two partners ends, the mutual respect between them should not end because it is the relationship that ended not the respect between them. 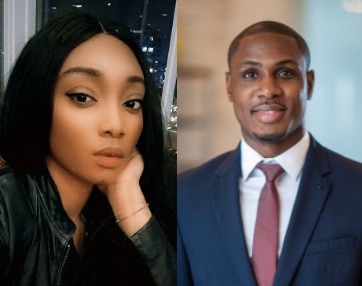