Meet Albert, Halaand's Younger Cousin, Who Has A Promising Career As A Football Player.

Erling Haaland is one of the most promising footballers of this generation, he is in the same class of quality with players like Mbappe, Sancho, Foden and Fati. 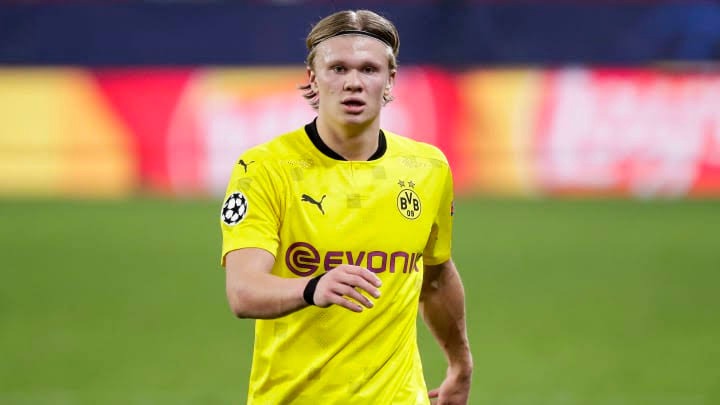 He has set so much record at such a young age of just 21years that it is only logical for him to be among the greatest football players of his age group. Many say it just a matter of time before he wins the Ballon the D'or. 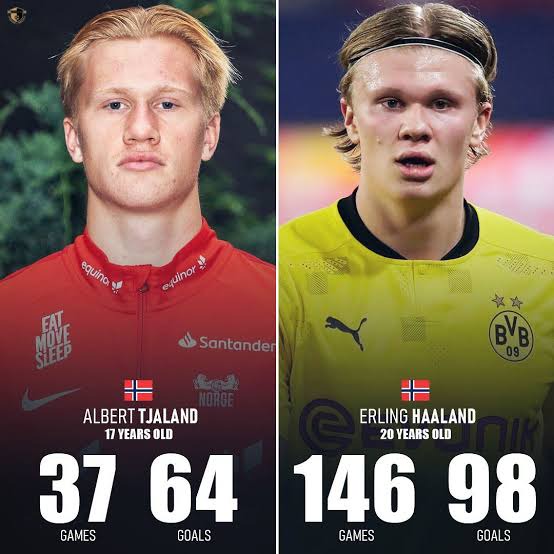 However this article is not about Erling Haaland, but rather about his younger cousin who is also a talented football beast on the field of play. 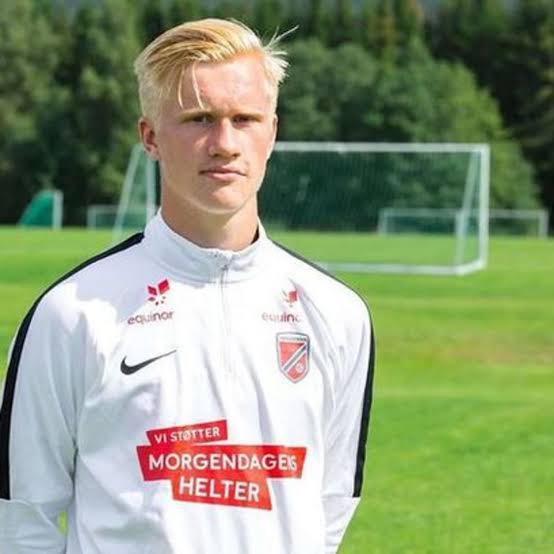 Albert Tjaland is a 17 year old Norwegian footballer who currently plays in Molde FK after transferring from Bryne FK in the Summer of 2020.

Albert is a real goal scoring machine that has made football Scotts from all over the world to watch him closely. He is almost as good as Haaland in the striking position, maybe that is why he was nicknamed Haaland 2.0. 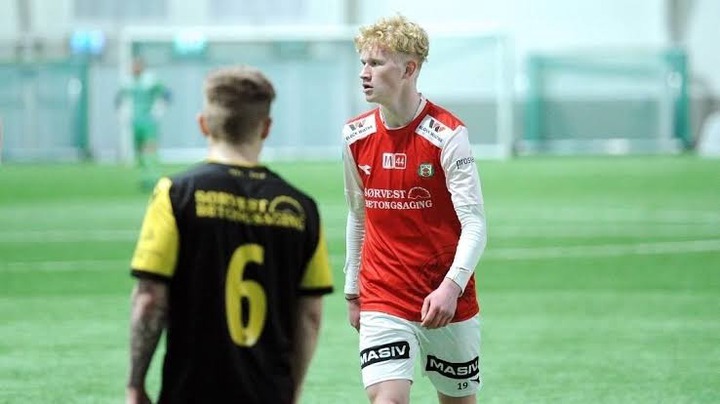 Aside from having similar physical features such as height and blond hair, the two also played for Byrne FK which is a youth football club in Norway, it is understandable why he is called Haaland 2.0.

Albert plays for Molds and at just 17 years of age, he already has an amazing stats record to show that he will have a promising footballing career. He has bagged 64 goals in 37 appearances for his former club, Byrne FK youth team and in his current club he is banging in more goals. 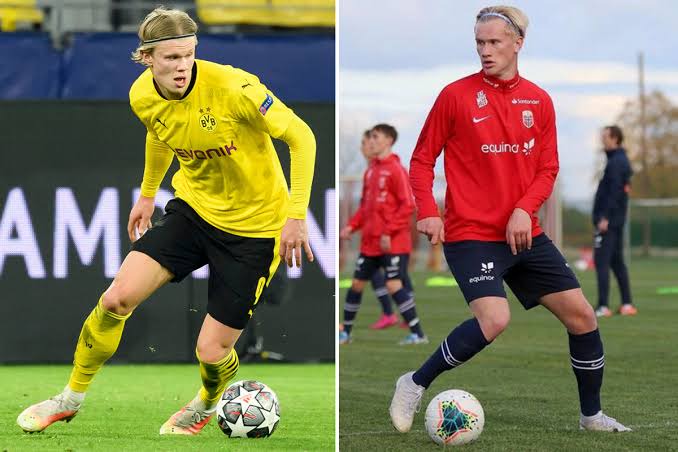 His style of play is similar to that of Erling Haaland, his tall and powerful frame makes it difficult for his age mate to stop him on the pitch. Just like his older cousin, he has a goal scoring instinct and a technical finishing at the final stages of attack. 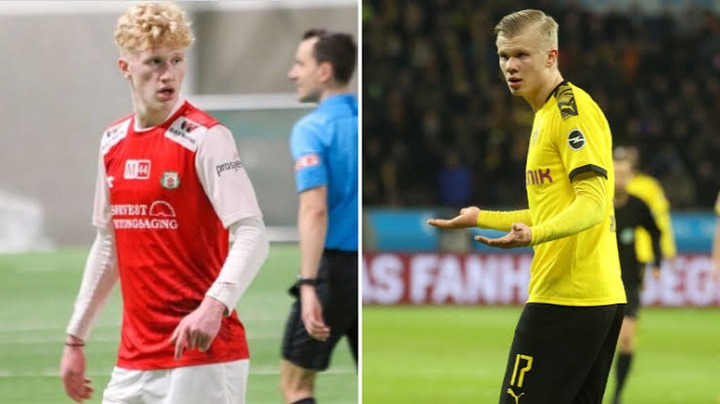 There are many similarities between the two cousins which makes football expert say it is difficult to differentiate their footballing styles, the only major difference that can easily be noticed is that, Erling Haaland is left handed while Albert Tjaland is right handed. This goes a long way to show that genes are very powerful and if Albert continue on this path without any distractions, he will have a promising career in football like his elder cousin.