By ReportMinds (self media writer) | 1 month ago

Former Arsenal and Chelsea star has completed his move to Flamengo on a free transfer. 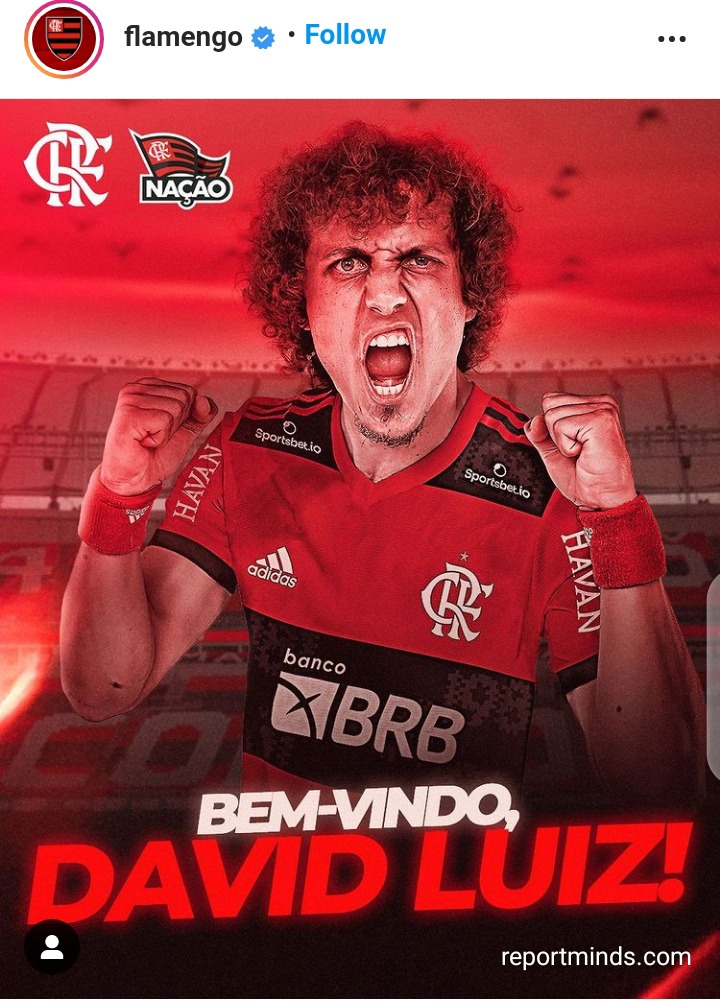 David Luiz is a professional footballer who plays as a defender for Brazilian club Flamengo.

The 34 years old has completed the transfer to Brazilian club Flamengo. Luiz has signed a deal until December 2022 with the Rio de Janeiro-based Campeonato Brasileiro Serie A side. Recall that Luiz left Arsenal after the expiration of his contract with the Gunners. Luiz played a total of 73 games in all competitions for Arsenal, winning the Emirates FA Cup in 2019-2020 season.

Flamengo confirmed the arrival of the former Chelsea star with a post on their social media space on Sunday afternoon. David Luiz has been handed jersey number 23 with his new club. 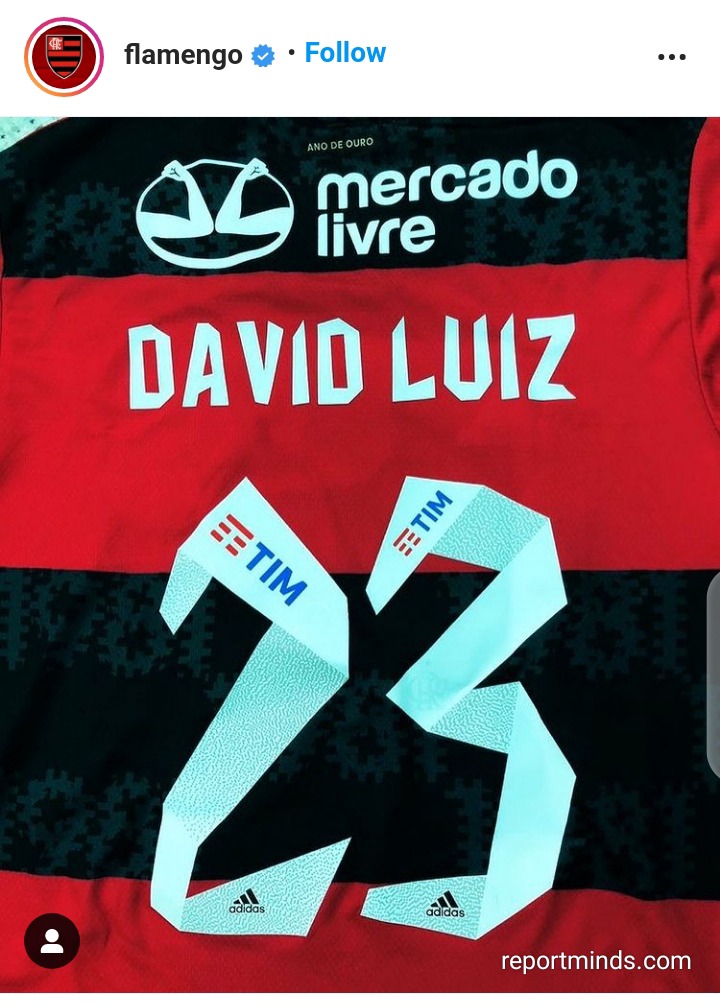 Flamengo tweeted: "He's won all over the world, and now is in a place where our anthem says "win, win, win. We want to welcome David Luiz to Mengao! Our Nation is more than ready to see you in the Sacred Mantle!"

Meanwhile, David Luiz is expected to make his debut for his new club next week after completing his quarantine.

David Luiz, 34, began his career in the youth set-up of Sao Paulo, before he joined Brazilian club Vitoria. The defender moved to Europe in 2007 to join Benfica.