By Moneymedia (self media writer) | 5 days ago 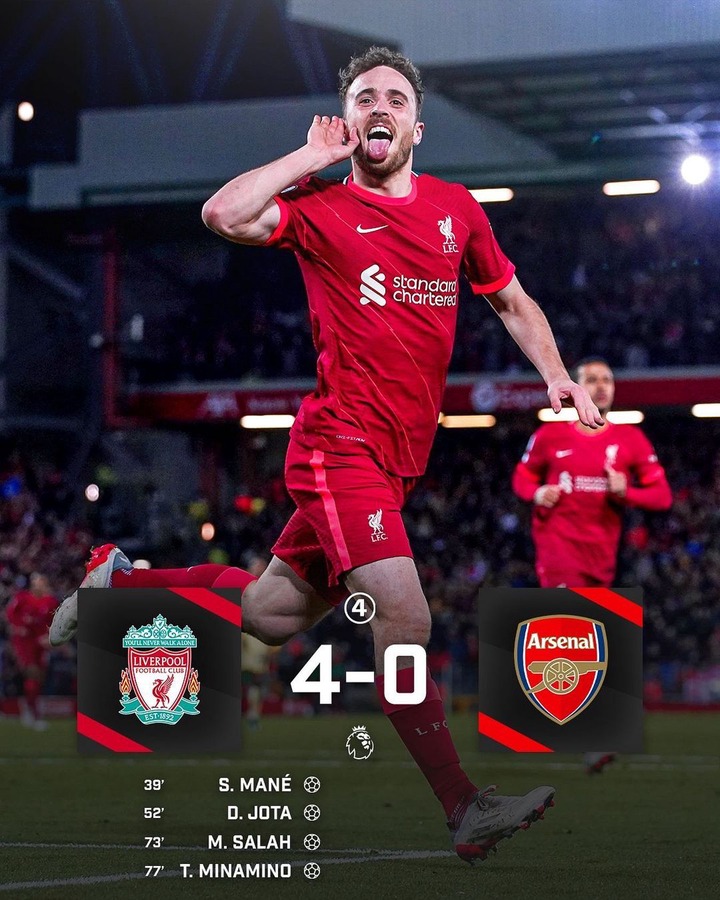 Arsenal suffered yet another heavy defeat on their visit to Anfield this weekend as they succumbed to a 4-0 thrashing by Jürgen Klopp's side. The Gunners have now lost their last seven visits to Anfield by a combined 25 goals against them (Liverpool 21-7 Arsenal).

Jürgen Klopp has never lost against a Premier League home game against the Gunners. As a matter of fact, Liverpool have scored 3 or more goals in every home league game against Arsenal since Jürgen Klopp took charge. Even with the seemingly unbeatable Aaron Ramsdale in goal yesterday, they still let in four goals. 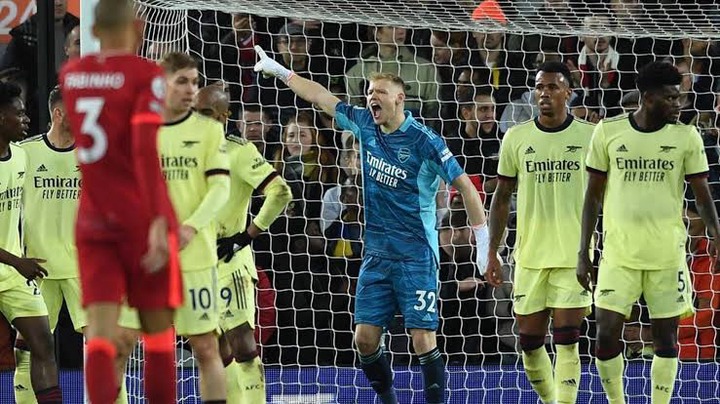 All these defeats keep coming because Arsenal keep repeating the same mistakes whenever they travel to Anfield. They have failed to acknowledge that Liverpool have the better team and act accordingly.

If Arsenal want to end their poor run of form at Anfield, they need to deploy a different strategy whenever they visit. Rather than trying to match Liverpool toe for toe, they should sit back and 'park the bus' while waiting to hit on the counter attack. 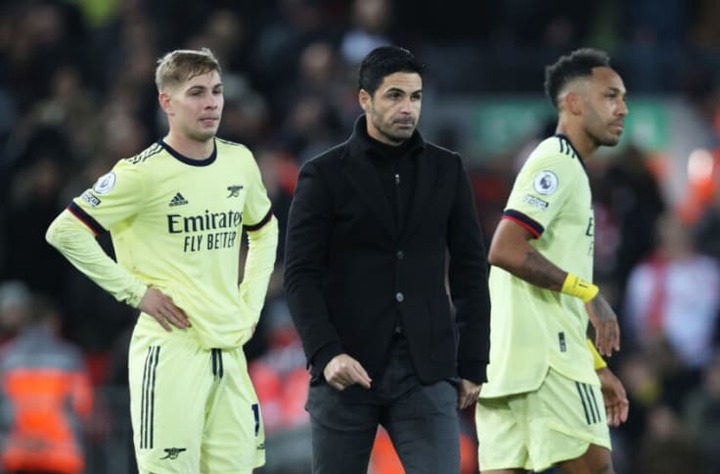 Liverpool score a lot of goals against Arsenal because the Gunners try to play attacking football with them, leaving them exposed at the back. The North Londoners have not won a league game at Anfield since September 2012. To end that run, they may have to avoid their past mistakes and go for a different approach next time around.