Scenes following a player scoring three goals in a 90-minute game are among the few that exemplify genuine, uncontrolled elation. It's a rare accomplishment, and the vast majority of players have gone their entire careers without it. Even more amazing is scoring a hat trick in a short period of time, a trifecta of goals you would have missed if you had to excuse yourself to the lavatory at the worst possible time, only to return and discover you had missed everything. The top 7 fastest Premier League Hat Tricks are listed below. 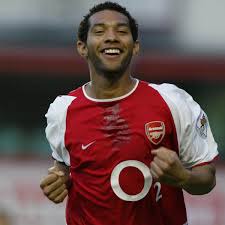 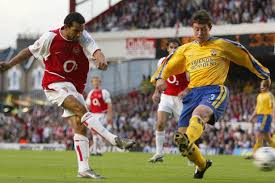 Arsenal felt humiliated after losing the title to Manchester United and took their frustrations out on Southampton. Robert Pires and Premier League debutant Jermaine Pennant each had two goals after 23 minutes. The Gunners then put together an unbelievable play that started with Pires deep in his own half and ended with Thierry Henry supplying Pennant for an incredible 26-minute hat-trick on his debut!l. A spectacular performance (and Pires later added a hat-trick of his own) 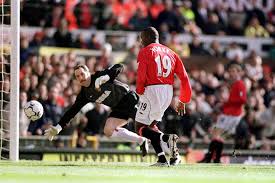 In 2001, Manchester United completely destroyed Arsenal. Even though the deficit between the two teams was already 13 points, no one expected Old Trafford to be such a massacre. United took the lead after just two minutes, thanks to Yorke. Arsenal equalized after 14 minutes, but Yorke gave United the lead three minutes later. The Arsenal defense was subsequently ripped apart by David Beckham, and Yorke completed an incredible 22-minute hat-trick to bury Arsenal and extend United's lead to a massive 16 points. 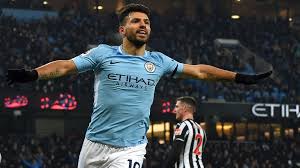 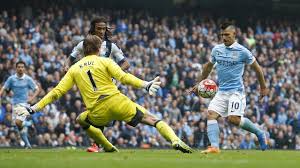 Sergio Aguero, who has the joint-most hat-tricks in Premier League history, is unsurprising to find himself on this list.The Argentine scored three goals in eight minutes against Newcastle in 2015, then added another 12 minutes to bring his tally to five for the afternoon as Man City fought back from a goal down to thrash the Magpies 6-1 at the Etihad. 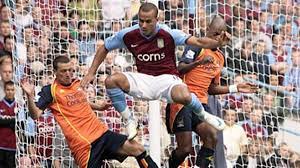 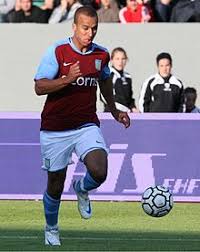 It was the first day of the 2008/09 season, and Man City, still owned by Thai businessman Thaksin Shinawatra, traveled down the M6 to face an Aston Villa team that included players like Gareth Barry, Ashley Young, and James Milner, to mention a few. The Villains took the lead through Norwegian striker John Carew, only for Brazilian attacker Elano to equalize for the Citizens. The hat-trick heroics of Birmingham-born attacker Gabriel Agbonlahor, who scored three goals in a thrilling seven minutes at Villa Park, won all three points for Martin O'Neill's side. 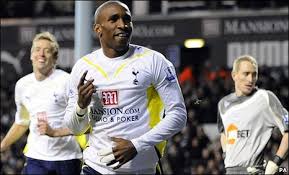 Jermain Defoe established himself as one of the Premier League's most natural goal scorers, and just 16 months after Agbonlahor's hat-trick, Jermain Defoe has gone one better, taking advantage of some terrible Wigan defence in one of the largest scorelines in Premier League history. Defoe's quickfire treble after the break emphasized his striker's instinct of being in the right position at the right time, despite the score being just 1-0 at halftime. Spurs went on to defeat the Latics 9-1 at White Hart Lane, with him scoring five goals. 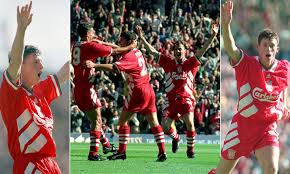 On August 28, 1994, Robbie Fowler scored three goals in four minutes and 33 seconds against Arsenal, making him the oldest hat trick on this list. Fowler scored his first goal just before the 26th minute, as the ball fell kindly to him after an aerial tussle between Martin Keown and Ian Rush. With a left-foot finish beyond David Seaman, Fowler made no mistake. Steve McManaman made a 60-yard run from his own half before releasing Fowler less than three minutes later. Fowler then proceeded to brilliantly put his shot beyond Seaman's reach towards the far post. Fowler would clinch his hat trick just 109 seconds later as John Barnes chipped the ball superbly over the Arsenal backline as Fowler demonstrated his edge in pace. 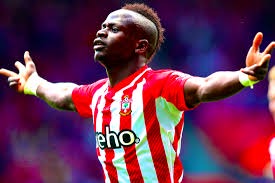 Few expected Robbie Fowler's record for the fastest Premier League hat-trick to be broken after he held it for over two decades. When Southampton faced Aston Villa in 2015, Sadio Mane not only broke, but obliterated, Fowler's record, scoring three goals in less than three minutes. Simply incredible. Despite some less-than-stellar defensive and goalkeeping, he managed to win.