On Saturday, Manchester United's league-record 29-game unbeaten away run came to an end in a thrilling 4-2 victory over Leicester City at the King Power Stadium. 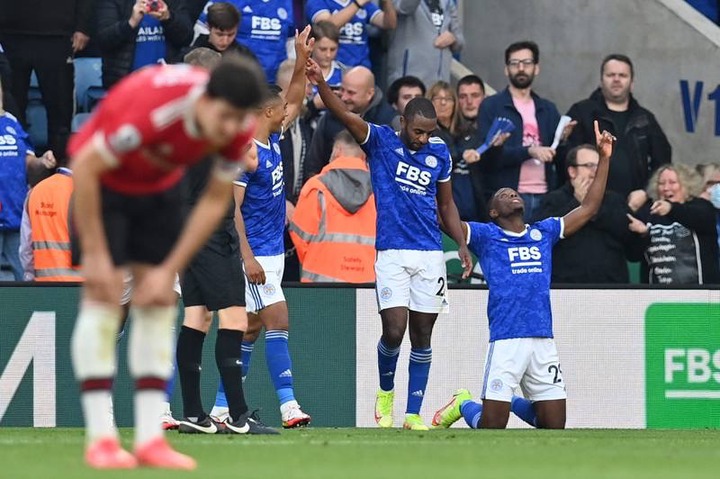 United's chances of improving their record were boosted in the 19th minute when English forward Mason Greenwood scored a superb long-range shot.

In a frantic second half, both teams pushed forward in quest of goals, but it was Leicester who looked the more dangerous, and their perseverance paid off when Caglar Soyuncu, a Turkish defender, stabbed home from close range in the 78th minute after United failed to clear a corner.

Marcus Rashford, who came off the bench for the first time this season after shoulder surgery, scored a well-taken goal four minutes later, latching on to a wonderful long-range pass from defender Victor Lindelof and blasting past Leicester goalkeeper Kasper Schmeichel.

However, Leicester took the lead only 15 seconds after the restart, when Ayoze Perez found Jamie Vardy inside the United area, and the former England international smashed home a half-volley for his sixth goal of the season.

Leicester remained the more dangerous team, and they sealed the win in stoppage time when substitute Patson Daka, the club's leading scorer, scored.

Vardy remarked, "It's wonderful for him." "He has been putting in a lot of effort in training. I'm ecstatic for him, and I'm sure there will be plenty more from Patson in the future. Hopefully, this will help us move forward at the table."

It was a well-deserved win for Leicester, who have struggled to find their feet this season, winning only two of their first seven games, and manager Brendan Rodgers will be hoping that this result will help them get back on track.

Vardy stated, "It was hugely crucial." "The performance was the most crucial thing since we had let our standards drop, but we had the international break to reflect on things."

Paul Pogba, United's midfielder, stated, "To be honest, we've been having these kinds of games for a long time." "We haven't figured out what's causing us to concede simple, silly goals." We need to be more mature, play with more experience, and have a healthy amount of hubris.

"We have to come up with something, and we have to change."