Without being sentimental, Mikel Arteta has single-handedly transformed Arsenal, having compared the quality of players he met at the Emirates, and the ones he's using at the moment. As they signed five players (Ben White, Sambi Lokonga, Martin Odegaard, Aaron Ramsdale and Takehiro Tomiyasu) during last summer's transfer window. 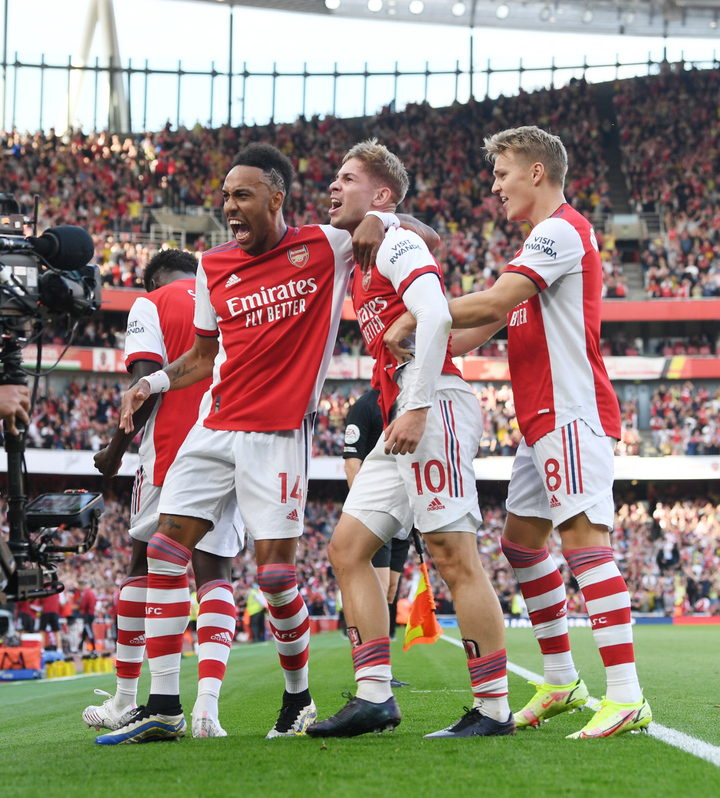 Meanwhile, there's a way Arsenal could lineup in 2022-2023 with Noa Lang and Alex Oxlade-Chamberlain, as they have been planning to boost their squad's performance next season. Obviously, the Gunners are linked with the Club Brugge youngster to bolster their frontline, while the Liverpool player is hoping to return to the Emirates next year.

Of course, the Mikel Arteta's side signed an abundance of new players over the summer, so they only need one or two more. As a result, they have been linked with these two players, and the Spanish manager could use them as regards the lineup below. Frankly, Alex Oxlade-Chamberlain isn't getting enough playing time at Liverpool, so he reportedly prefers a move back to the Emirates. Apparently, Aaron Ramsdale has literally leapfrogged Bernd Leno to become Arsenal's No.1 goalkeeper. As a result, he will continue as the first goalie next season, because he'll be able to upgrade the Gunners' display by keeping clean sheets and exercising his savings ability. So, as the Mikel Arteta's side are planning vigorously ahead of 2022-2023, Ramsdale will continue as the North London club's No.1 goalstopper. According to several reports, Arsenal aren't planning to add a new face to their defense line, because they are contented with the quality of players they have at the back. With that being said, Kieran Tierney plays as a LB, Takehiro Tomiyasu dazzles as a RB while Ben White and Gabriel Magalhães play as centre-backs. Of course, the four defenders have already shown what they are capable of doing, as regards their statistics since the month of September. The Gunners have been maintaining their unbeaten streak since last month, simply because the defenders work hand-in-hand to dumbfound the opponent's players. Obviously, Liverpool's Alex Oxlade-Chamberlain wants to return to Arsenal, so he will be able to have enough playing hours. Potentially, the Englishman is very versatile as he can play any role in the midfield, which means he is able to bring many qualities to the Gunners' midfield setup. Therefore, he plays as a defensive midfielder alongside Thomas Partey, so Mikel Arteta will have enough options or substitutes in the midfield. Actually, the North London club usually dazzles poorly in the absence of the Ghanaian footballer. However, Oxlade-Chamberlain brings everything to their midfield, as they are planning to get his signature next summer's transfer window. Of course, Arsenal have some brilliant options (Bukayo Saka, Nicolas Pepe, Smith Rowe and Martin Odegaard) in their frontline, but the club still wants to add some new brilliant and talented youngsters to their frontline. With that being said, Noa Lang plays on the left-wing, Bukayo Saka on the right-wing, and Martin Odegaard dazzles as an attacking midfielder. Statistically, the Dutch young player has been involved in 9 goal contributions in 14 appearances for Club Brugge this season. Obviously, he has the ability and capability to bolster Arsenal's frontline, and he will have an amazing combination with the Englishman as regards his style of play. Actually, Aubameyang keeps getting better in every season, having seen his performance this season so far. The Gunners captain has registered 7 goal contributions in 8 matches for Arsenal this season, which means he still has the ability to upgrade the team's all-around performance next season. Of course, Aubameyang aligns brilliantly with Arsenal wingers this campaign, therefore he will be opened to scoring more goals next season with Noa Lang beside him. 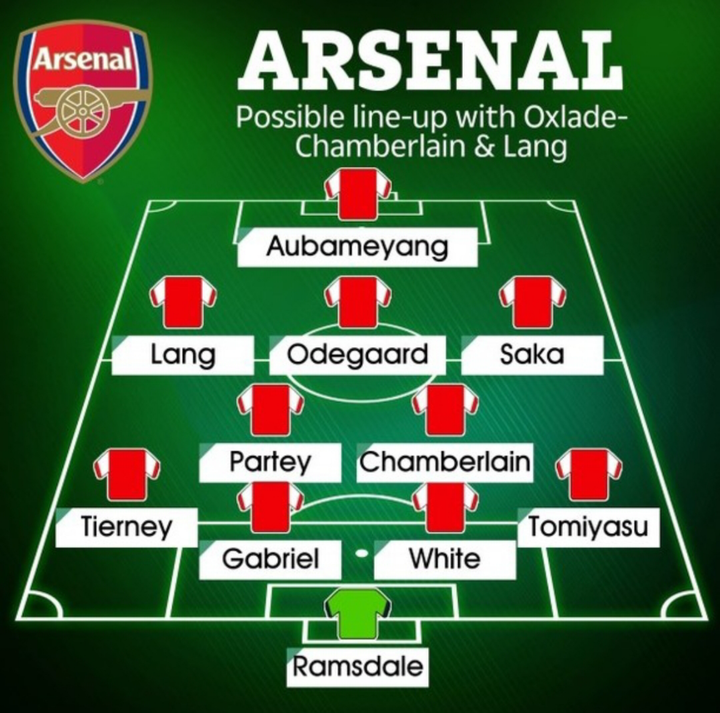 Can Arsenal lift any trophies with this lineup next season?