By Celebrityworld (self meida writer) | 1 months 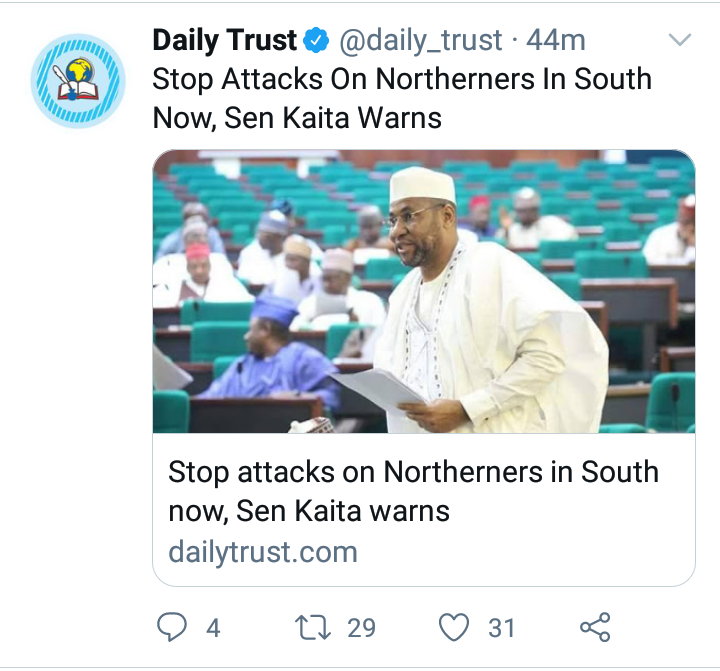 Senator Ahmad Babba Kaita, who represents Katsina North Senatorial District has called for an immediate stop to the killings and attack on Northerners living In the southern part of the country. He said that people from the southern and northern regions should be allowed to live and carry out business in any part of the country which is in line with the country's constitution.

Kaita, in a piece titled ‘The North: When silence is no longer an option, said the biggest crime in Nigeria today is being a Northerner. 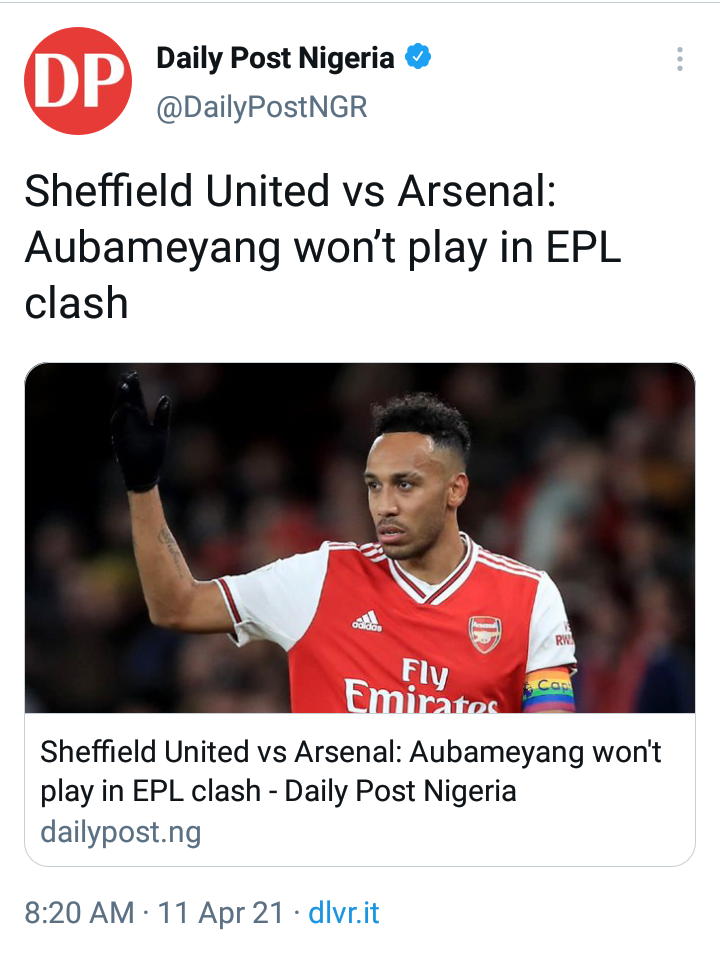 The superstar player and captain Pierre-Emerick Aubameyang, won't feature in the club's next EPL match against Sheffield United today's evening. Aubameyang is down with flu and won't be available for the game. Arsenal still has other options in replacing him in the match this evening.

Obaseki: How Lack Of Funds Forced FG To Print N60bn For States To Share 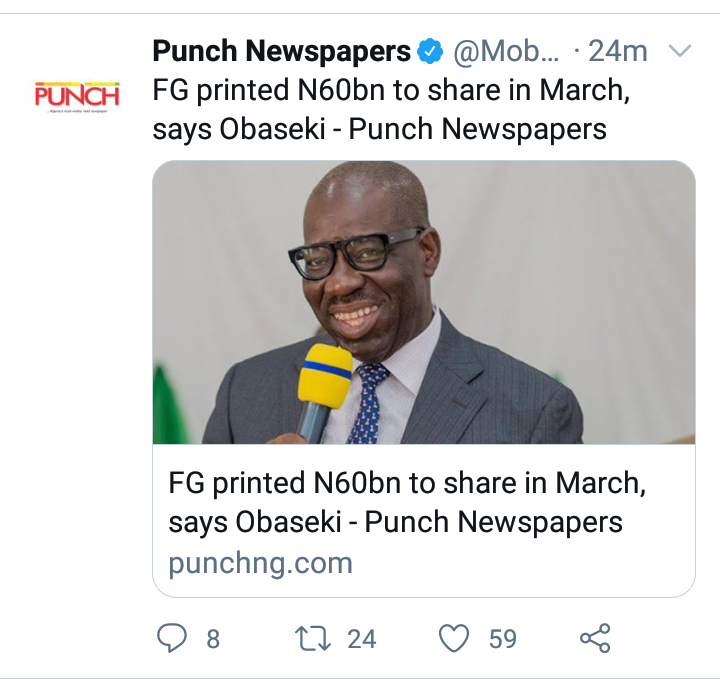 The Governor of Edo State in the person of Godwin Obaseki has raised his voice on the issue of the Nigerian economy. The Governor said that the country is in high financial trouble and that the Federal Government allocations in not enough and this has made the government print between N50 billion and N60 billion for states to share. He also concluded that at the end of this year 2021, that the country's borrowing will range between N15 to N16 trillion naira. The Governor noted that people are not focusing on the country's economy, everybody is looking at 2023. 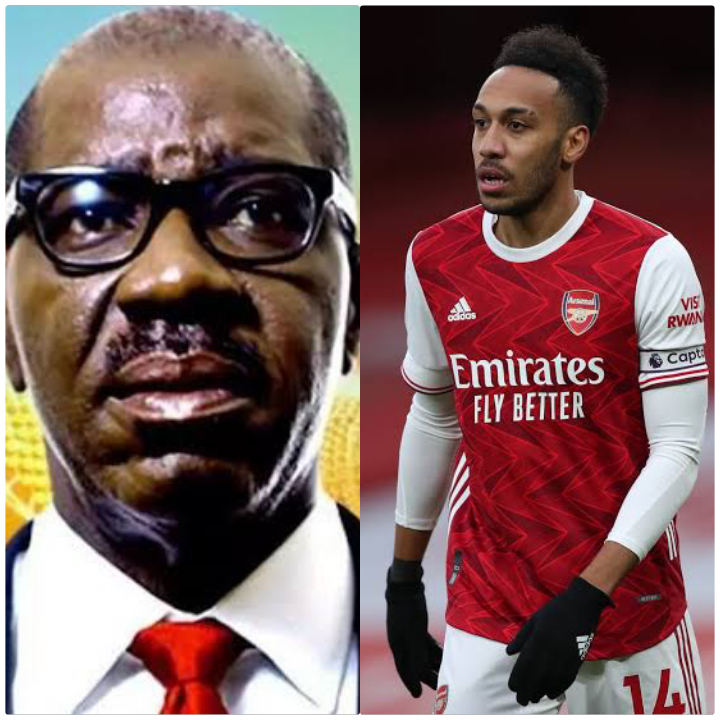 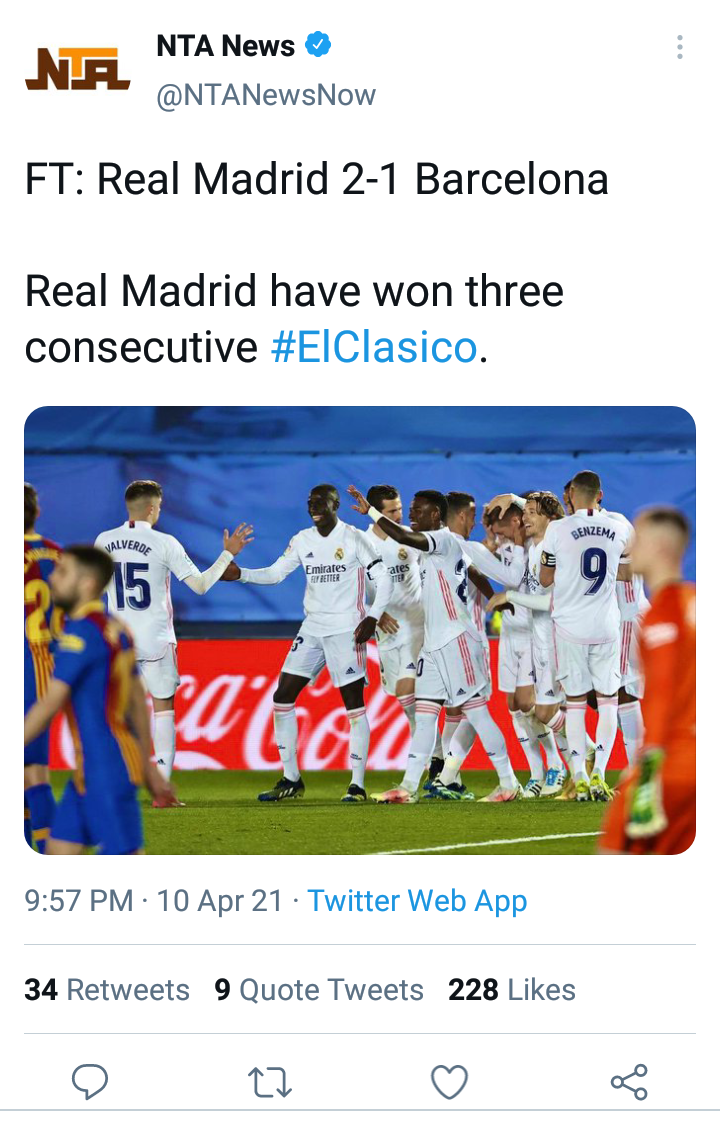 Real Madrid has won three consecutive El-Clasico matches. This is coming after the club won Barcelona yesterday night with Karim Benzema and Toni Kroos found the back of the net.