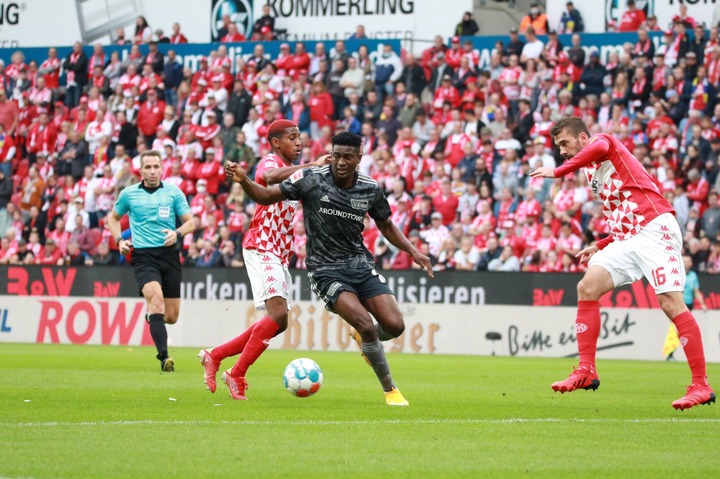 Super Eagles of Nigeria star Taiwo Awoniyi was the hero for German Bundesliga giants Union Berlin football club, as they came from behind to defeat Mainz 05 FC 2-1 on Sunday evening. 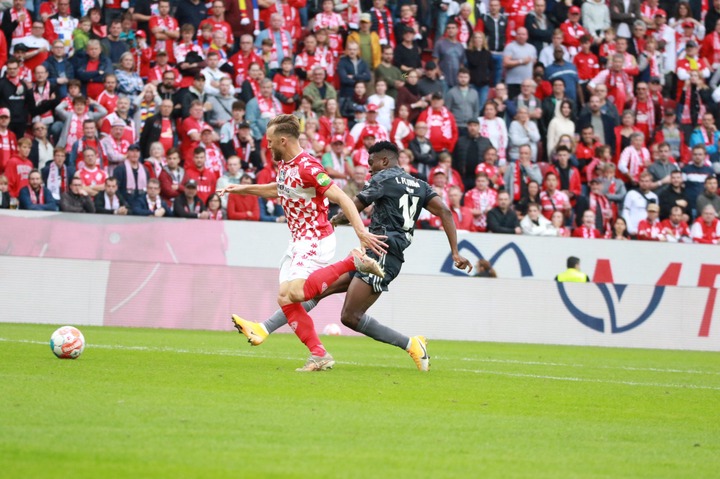 The former Liverpool football club star was given a starting role by coach Urs Fischer, after impressing for the club in their last game in the UEFA Europa Conference League where he was able to score a goal in their 3-0 victory, and he was able to impress again.

The Nigerian international started in the away team's attack alongside Germany national team star Max Kruse and the duo were exceptional in the game. 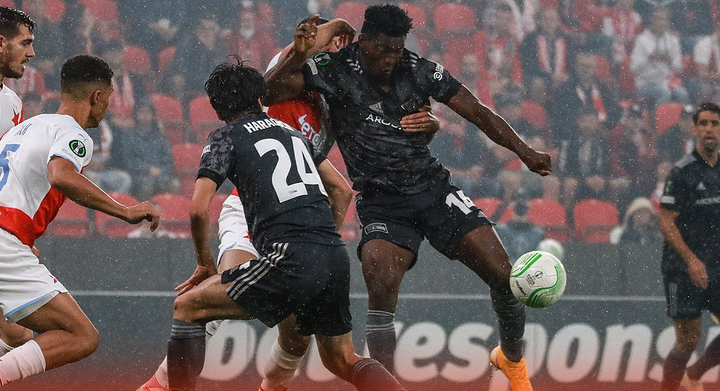 The host took the lead through a fine goal from Denmark star Marcus Ingvartsen through an assist from Karim Onisiwo to end the first half 1-0.

Nigeria national team star Taiwo Awoniyi equalized for the away team in the 69th minutes before Awoniyi scored his second goal of the game in the 73rd minutes to end the match 2-1. 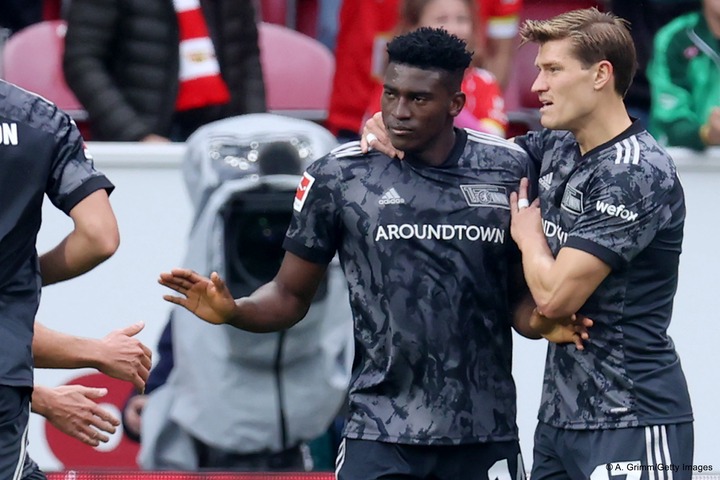 Taiwo Awoniyi was exceptional for the away team throughout the entire duration of the game, and he was able to mark his outstanding performance with two goals.

The 2-1 victory over Mainz 05 FC has now taken Union Berlin FC to the 7th spot of the German Bundesliga League table with 12 points from 7 matches played.