By Opeyeminews (self media writer) | 11 days ago 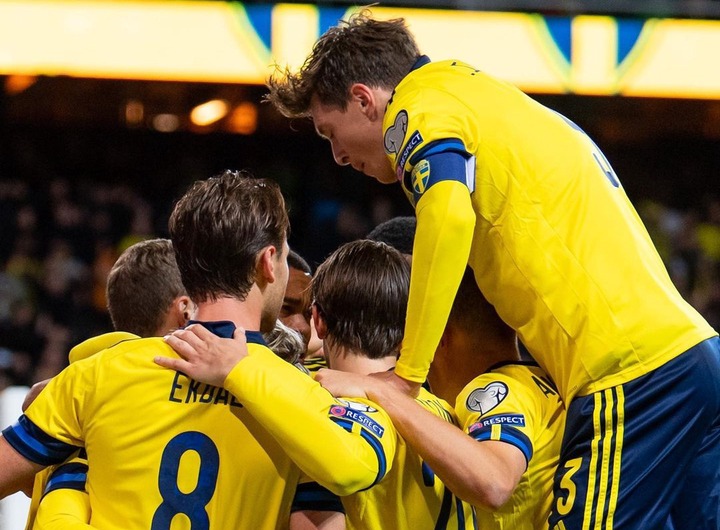 Manchester United football club star Victor Lindelof was outstanding for Sweden national team on Tuesday night, as he captained them to a remarkable 2-0 victory over Greece in World Cup qualifier. The former Benfica FC star was given a captain hand band by his coach, and he was able to lead the team to a well deserved victory.

Victor Lindelof started in the home team's defence line alongside Emil Krafth, Marcus Danielson and Ludwig Augustinsson and they were all fantastic in the game. Victor Lindelof was outstanding for Sweden national team throughout the whole duration of the game, and he was able to play a vital role in his team's deserved victory.

The 2-0 victory over Greece national team has now taken Sweden to the top spot of group A table in the FIFA World Cup qualifier with 15 points from 6 matches played.