By Pppromes (self media writer) | 10 months ago

The Tottenham Hotspur striker has been subject of intense media speculation surrounding a move to Manchester City this summer. 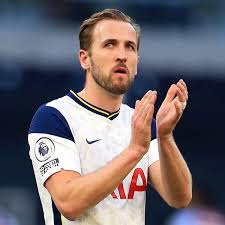 Harry Kane is believed to have accepted to stay at Tottenham Hotspur this summer, and is looking to the season ahead.

It has been a summer speculation for the England captain with stories about a potential move to the Premier League champions Manchester City. Kane is believed to have been keen on a fresh challenge and the chance to link up with Manchester City, however, the interest from the Manchester club has not been enough to test Spur's resolve to keep the current holder of the Premier League Golden Boot and Playmaker awards.

So far, Manchester City are believed to have only made a bid of €75m plus €25m in add ons, and Spur's chairman Daniel Levy has not been shaken from his intention to keep the north London's club's second highest goal scorer of all time.

Kane, who signed a six year deal in 2018, returned from his summer holidays this month and has returned to training. Kane came off the bench for the final fifteen minutes of the encounter against Wolves, and was well received by thousands of traveling Tottenham fans.

Nuno Santo has publicly stated that the striker has been training well, and Kane could be seen encouraging his teammates from the bench before coming on Sunday. Tottenham Hotspur are confident in keeping hold of their star player in the remaining days of the transfer window, particularly with time required to bring in replacement players now unrealistic, even if Manchester City do return with a much bigger bid.

Content created and supplied by: Pppromes (via Opera News )