By Gistvibeztv (self media writer) | 4 days ago

Peter Bolesław Schmeichel is a 57-year-old Danish former professional football player who played for Manchester United and the Denmark national team as a goalkeeper. 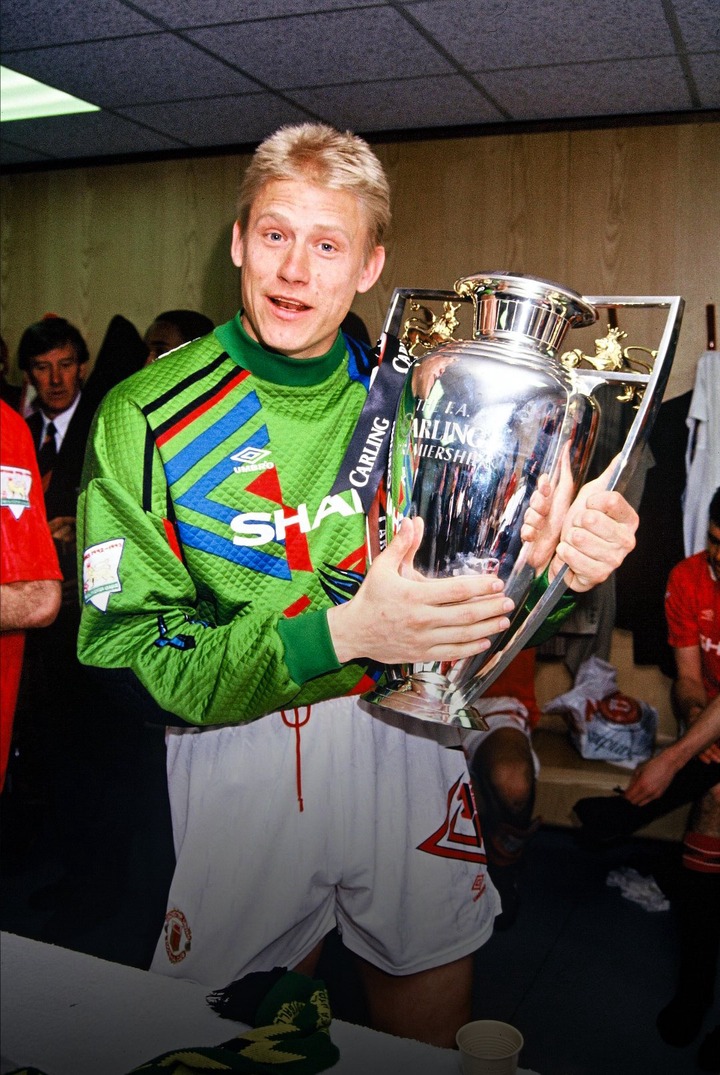 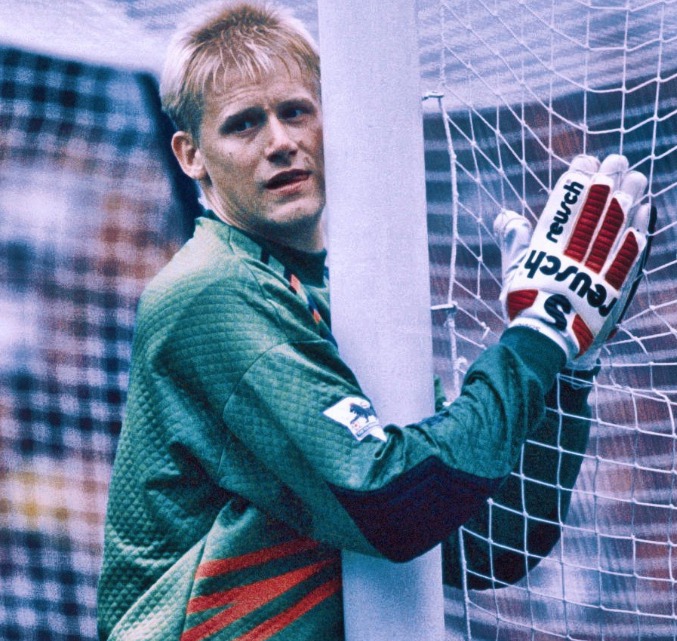 Peter Leslie Shilton is a 72-year-old English retired professional footballer who last played as a goalkeeper for Leyton Orient and the England national team. 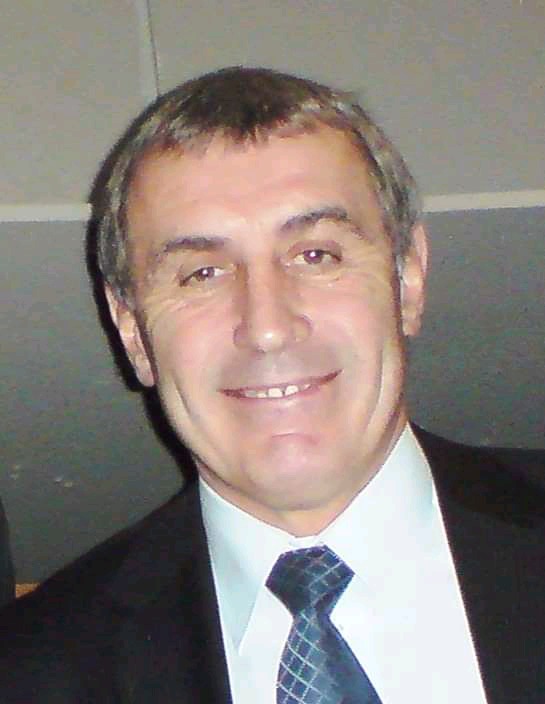 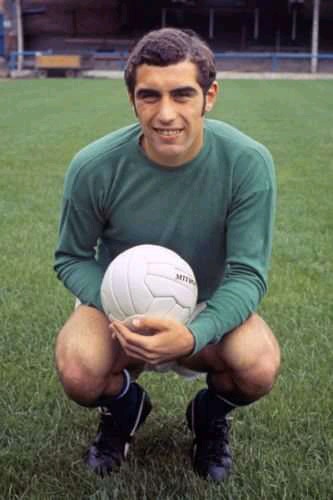 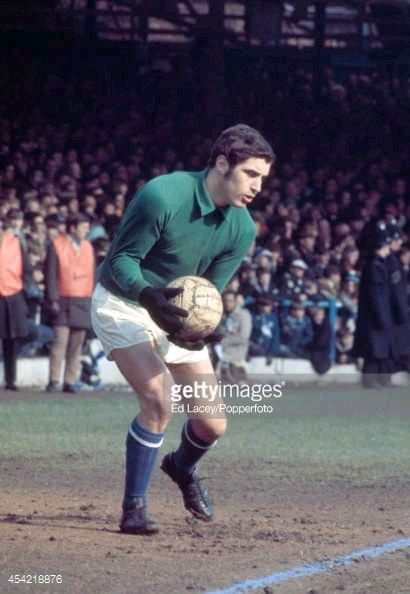 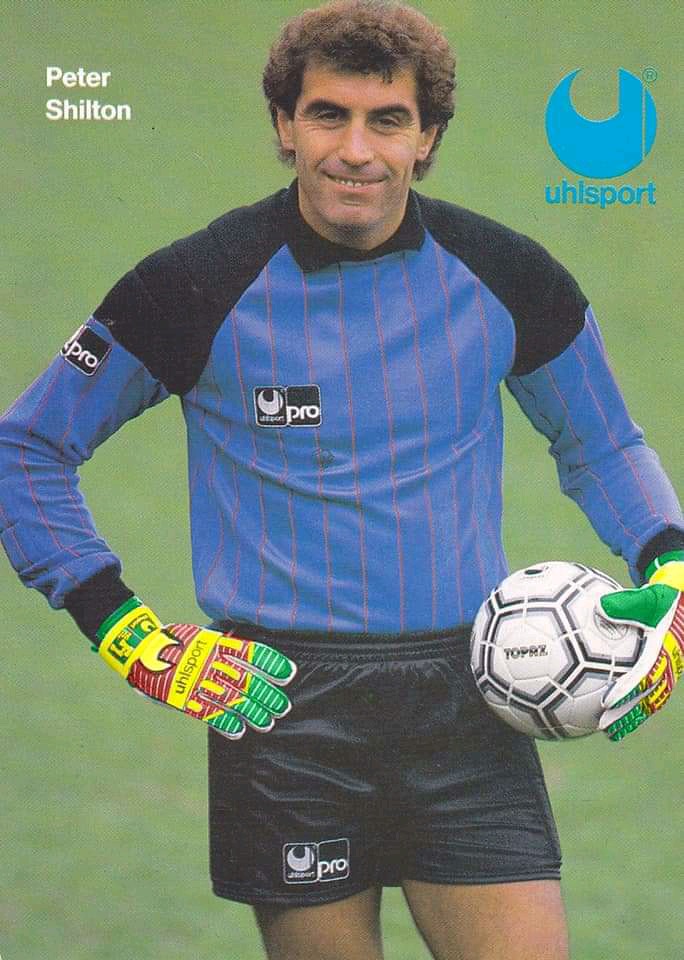 During his 30 years of professional football career, he had the distinction of playing over 100 league matches for five clubs. During his time at Nottingham Forest, Shilton won many honours, including the First Division championship, two European Cups, a UEFA Super Cup, and the Football League Cup. He also played for the England national team at UEFA Euro 1980, the 1982 FIFA World Cup, the 1986 FIFA World Cup, UEFA Euro 1988 and the 1990 FIFA World Cup respectively. He is worldwide known for being the goalkeeper who received the two goals of Diego Maradona in the quarter final of 1986 FIFA World Cup. Shilton did not make his World Cup finals appearance until the age of 32, but he played in 17 finals matches and shares the record of 10 clean sheets in World Cup finals matches with French goalkeeper Fabien Barthez. 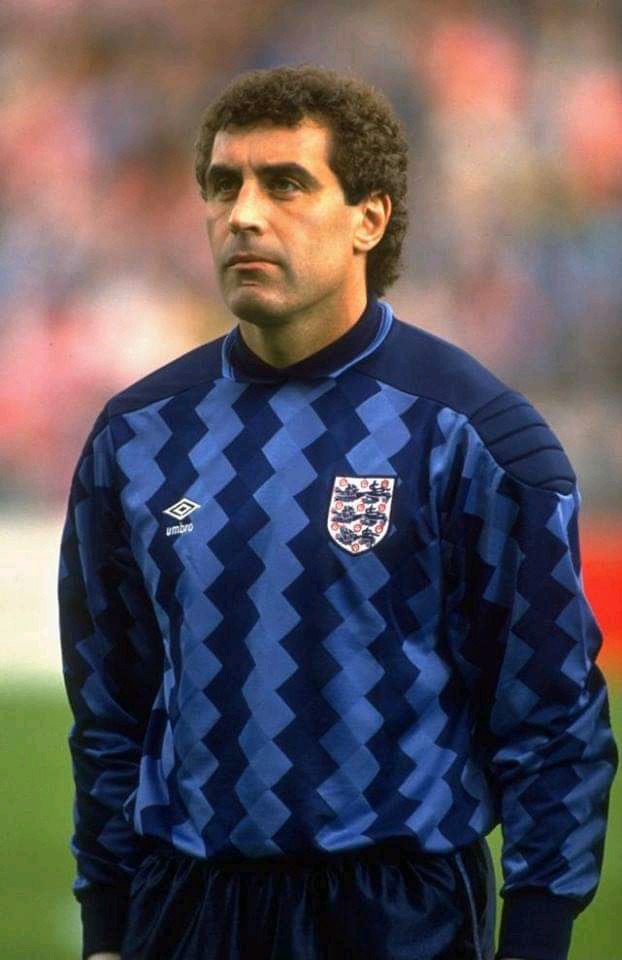 Manuel Peter Neuer is a 35-year-old German professional footballer currently playing as a goalkeeper for Bayern Munich and the Germany national team. 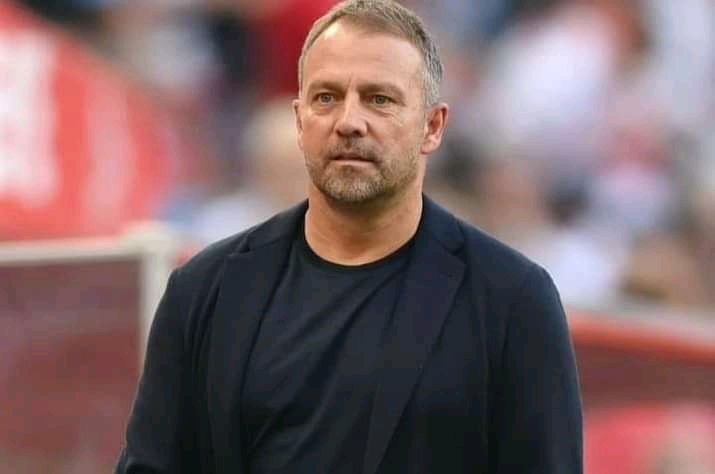 Widely regarded as one of the greatest goalkeepers of all time, Neuer was named the best goalkeeper of the decade from 2011 to 2020 by IFFHS. 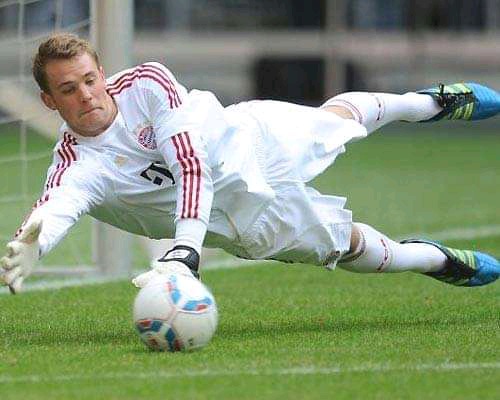 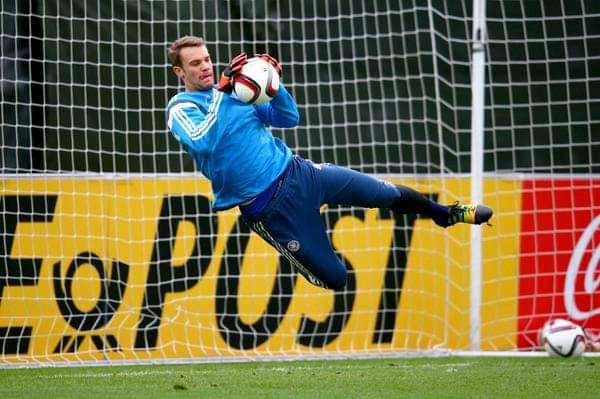 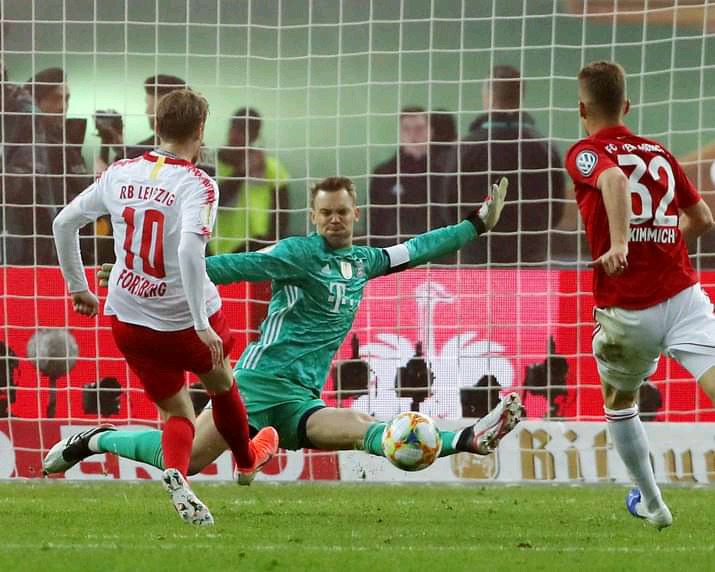 Ten years ago, Nueur joined Bayern Munich and has since won 26 trophies, including nine Bundesliga titles and two UEFA Champions League titles in 2013 and 2020. Seven years ago, he finished third in the voting, behind Lionel Messi and Cristiano Ronaldo, for the FIFA Ballon d'Or award. He was awarded the UEFA Goalkeeper of the Year and the IFFHS World's Best Goalkeeper five times each. 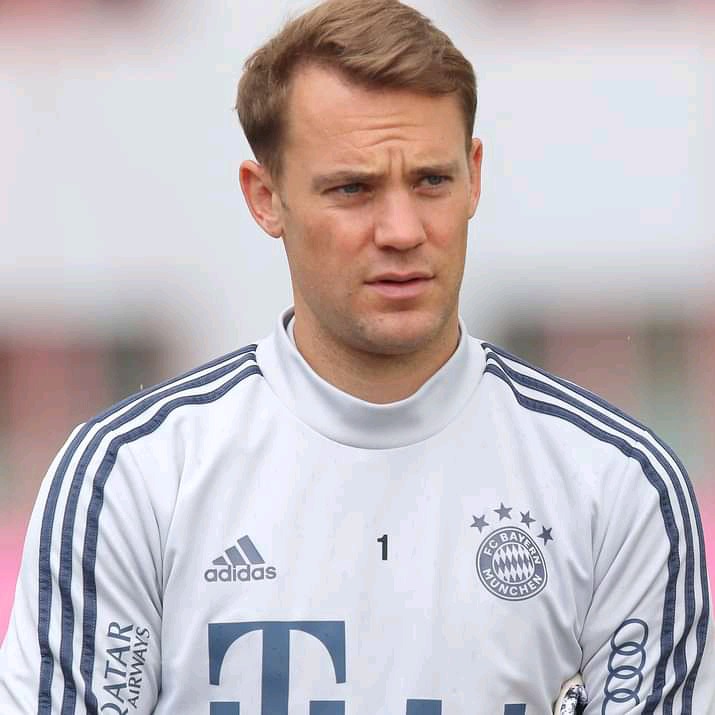 Neuer was selected as Germany's number one goalkeeper for the 2010 FIFA World Cup in South Africa. During the group stages, he only conceded a single goal. Four years later, Neuer won the 2014 FIFA World Cup with Germany as well as the Golden Glove award for being the best goalkeeper in the tournament. 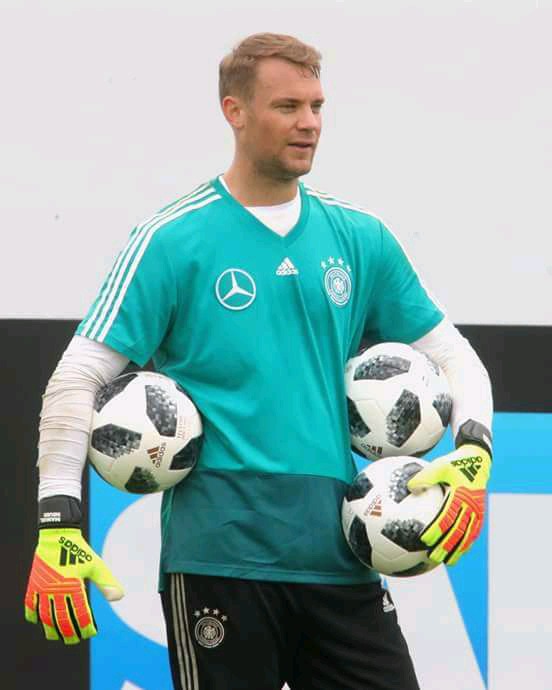 Oliver Rolf Kahn is a 52-year-old German football executive and retired professional player who played as a goalkeeper for Bayern Munich and the Germany national team. 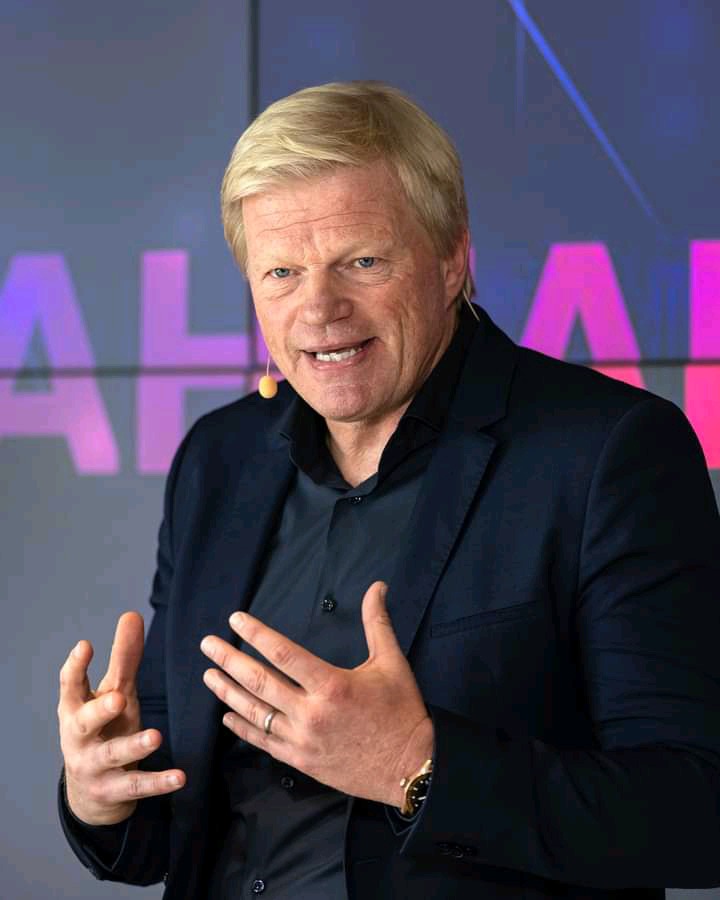 Kahn is one of the most successful German players in recent history, having won eight Bundesliga titles, six DFB-Pokals, the UEFA Cup in 1996, the UEFA Champions League and the Intercontinental Cup, both achieved in 2001. 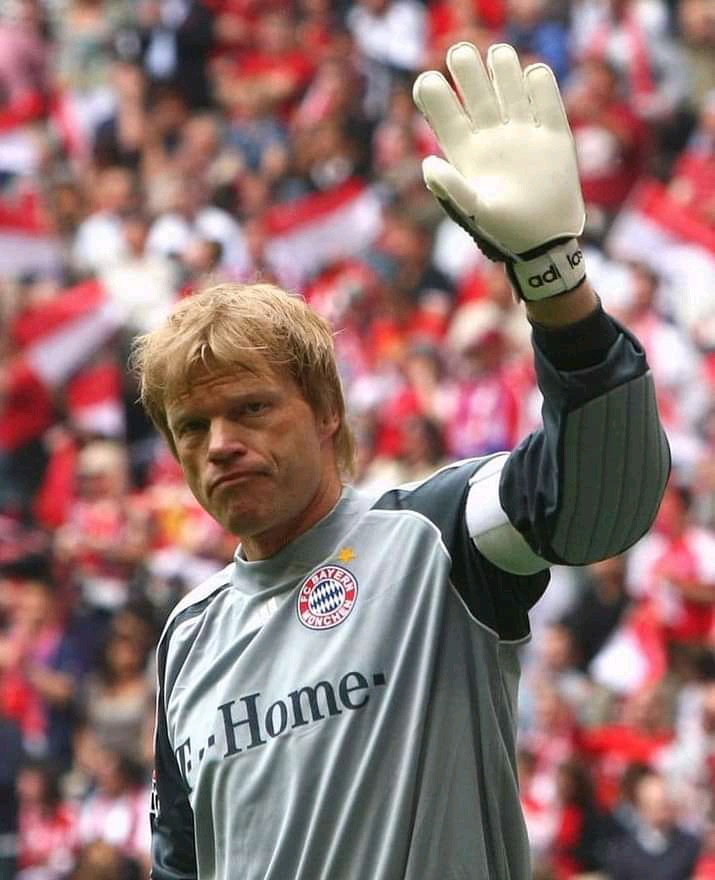 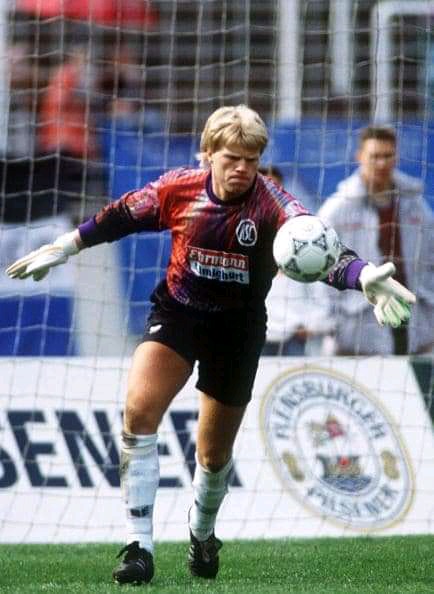 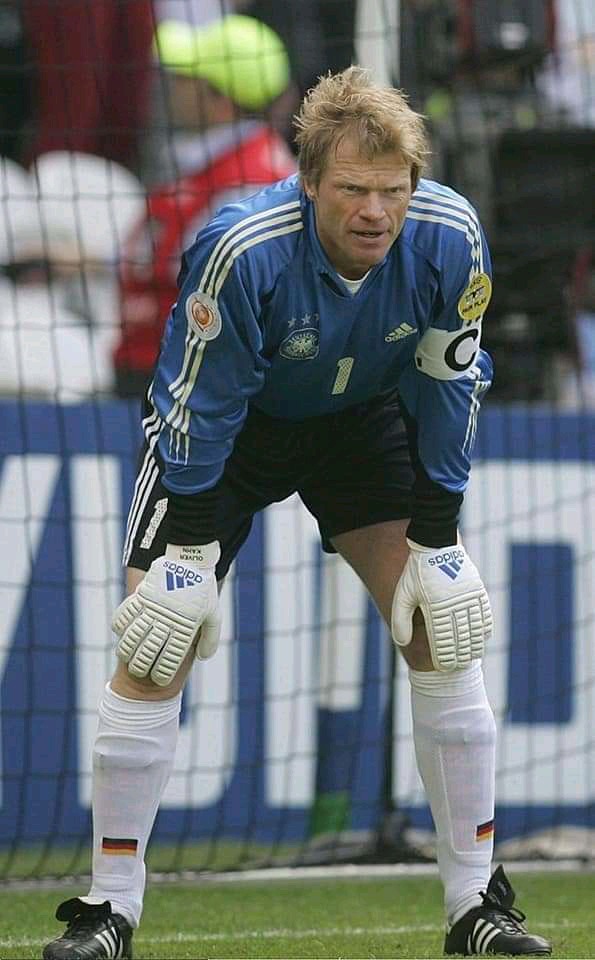 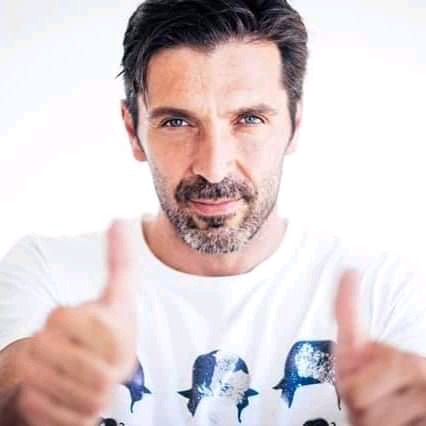 Widely regarded as the greatest goalkeeper of all time, he is one of the few recorded players to have made over 1,100 professional career appearances. 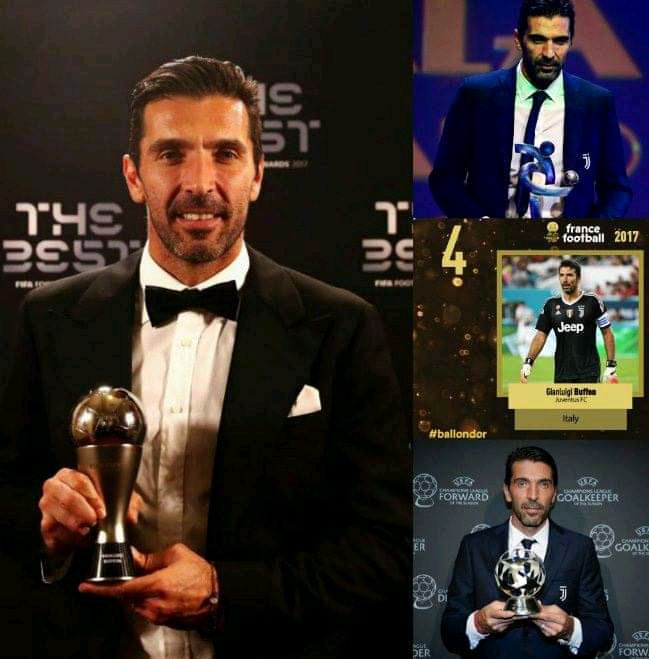 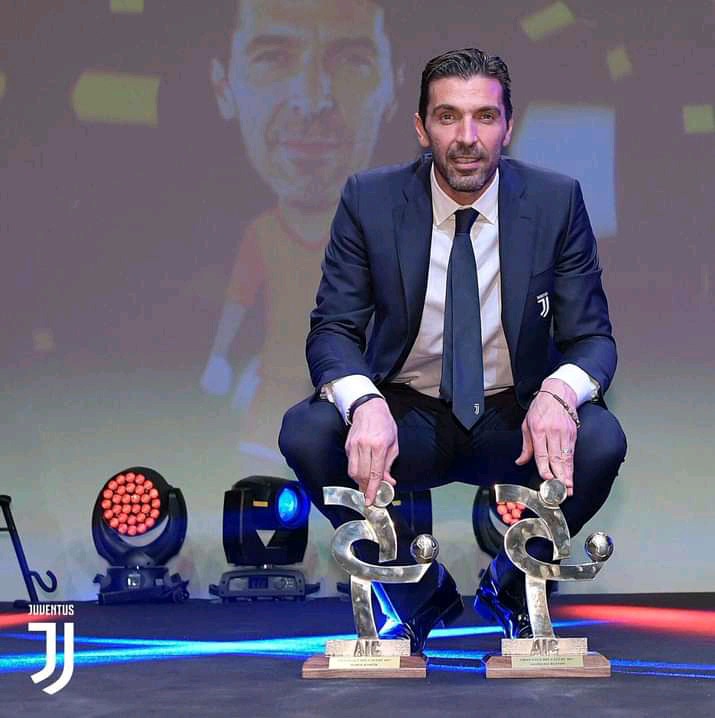 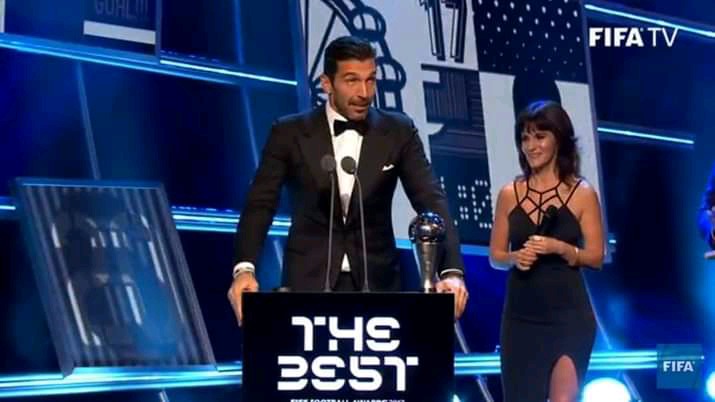 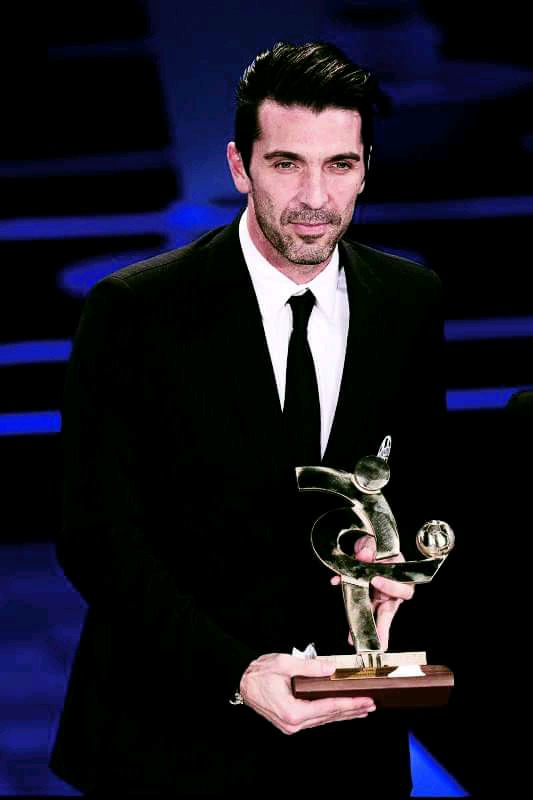 Buffon's professional football career kicked off with Parma twenty six years ago. He soon broke into the starting line-up and earned a reputation as one of the most promising young goalkeepers in Italy, helping Parma to win the Coppa Italia, the UEFA Cup and the Supercoppa Italiana in 1999. After joining Juventus twenty years ago, he won Serie A titles in both of his first two seasons at the club, and established himself as one of the best players in the world in his position. He made history by becoming the first goalkeeper to win the Serie A Footballer of the Year award, and was named Serie A Goalkeeper of the Year a record twelve times. After reaching the 2015 and 2017 UEFA Champions League finals, he was named to the Champions League Squad of the Season on both occasions, and won the inaugural The Best FIFA Goalkeeper award in the latter year. After spending 17 years of his professional career with Juventus, Buffon signed with Paris Saint-Germain three years ago at the age of 40. This year, he was signed to his current club, Parma. 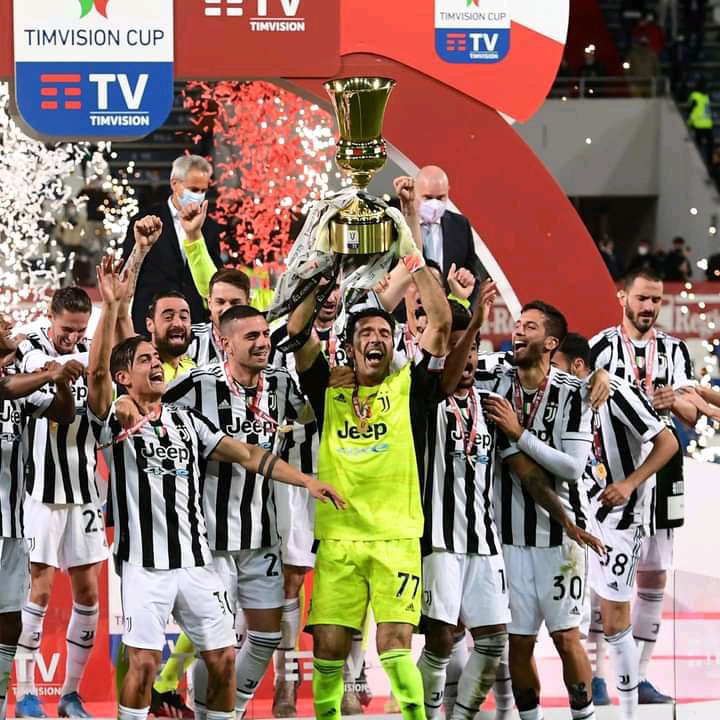 Buffon is the most capped player in the history of the Italy national team, the seventh-most capped footballer of all time, and the third-most capped European international player ever. He played for Italy at five FIFA World Cup and was the starting goalkeeper of the squad that won the 2006 tournament, where he was awarded the Golden Glove as the best goalkeeper of the tournament. He also played for Italy at four European Championships and two FIFA Confederations Cups. Following his performances during the 2006 World Cup, where he kept a record five clean sheets, he won the Yashin Award and was elected to the Team of the Tournament, an honour he also received from UEFA after reaching the quarter-finals of the 2008 and the final of the 2012 European Championship. Buffon retired from international football four years ago, after Italy failed to qualify for the 2018 FIFA World Cup. 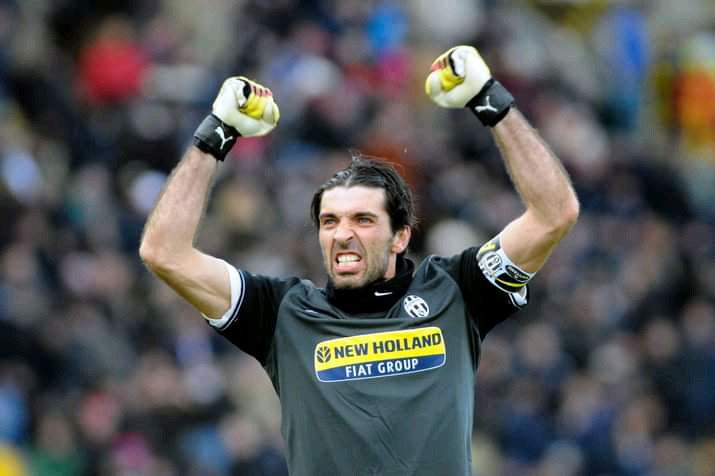 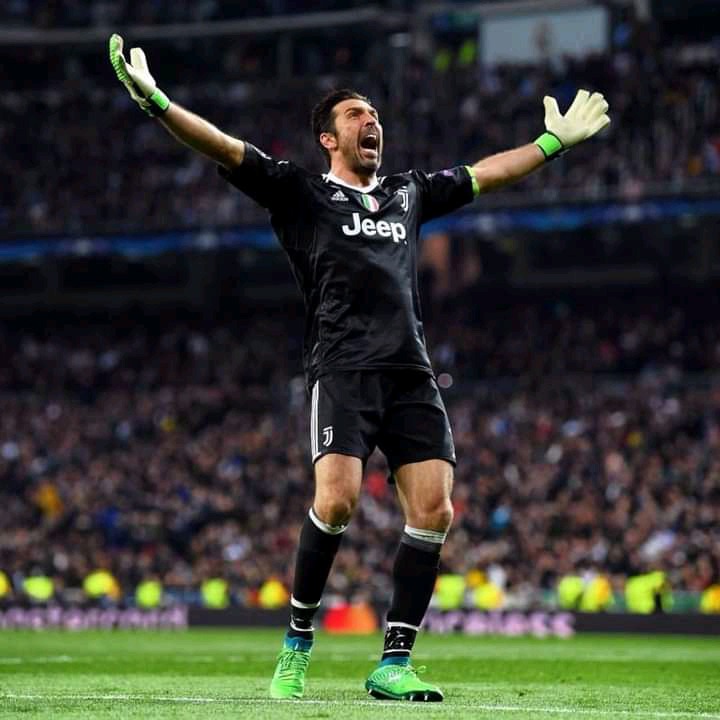 Buffon was named by Pelé in the FIFA 100 list of the world's greatest living players seventeen years ago. He is the only goalkeeper to win the UEFA Club Footballer of the Year award, which he achieved after reaching the 2003 UEFA Champions League Final. He also won UEFA's award for best goalkeeper that year, and was additionally voted into the UEFA Team of the Year on five occasions. Buffon was the runner-up for the Ballon d'Or in 2006, and was elected part of the FIFPro World11 three times. He was the first ever goalkeeper to win the Golden Foot Award, and was also named the IFFHS World's Best Goalkeeper a record five times. 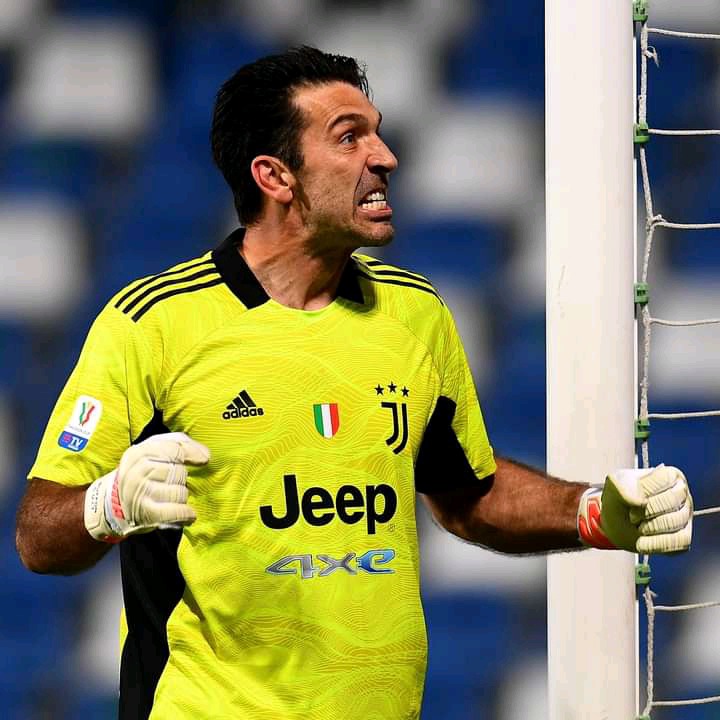