3 Ways Real Madrid Could Lineup In The Upcoming Season

By valentinoigwe (self media writer) | 9 days ago

Real Madrid's squad is looking stringer than it was last season as they added two players to their squad depth. Despite losing to Barcelona 1-0 on the Pre-season game, the Los Blancos are starting to get their rhythm ahead of next season. Their first competitive fixture will be against Frankfurt in the UEFA super cup finals. Real Madrid have enough squad depth that will be sufficient to compete in the La Liga, FIFA world cup, domestic cups and European competition. Let's take a look at three ways Carlo Ancelotti could set up Real Madrid squad. 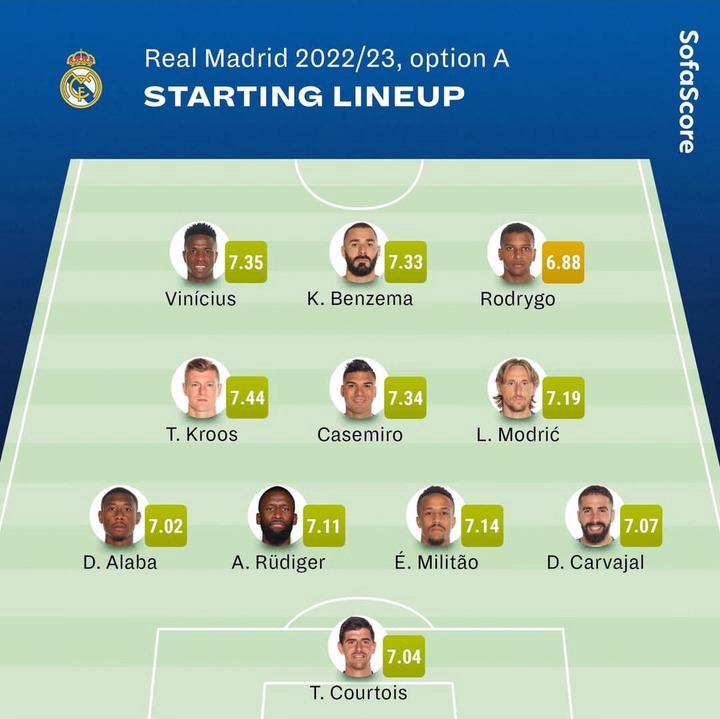 The first possible way the Los Blanco's could lineup in the upcoming season. 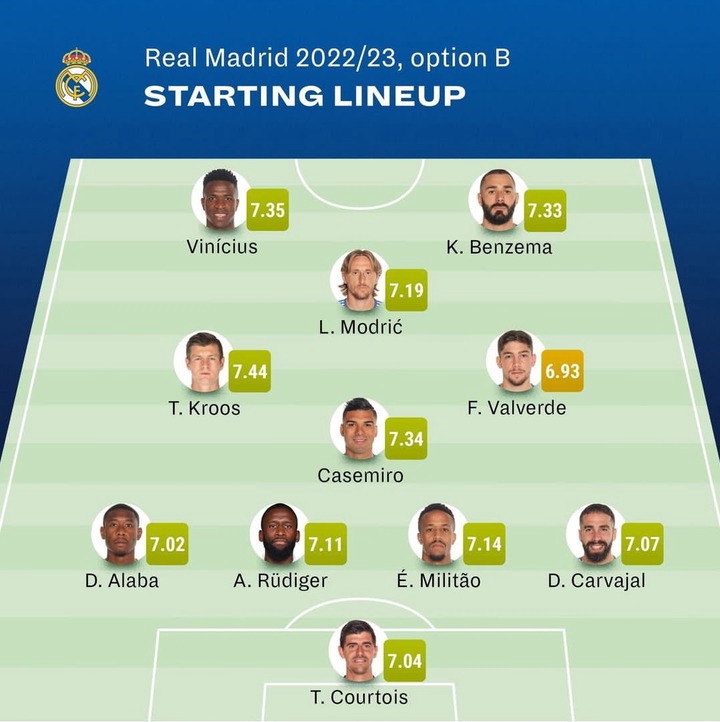 In the second lineup, the defensive set-up is the same in the first lineup. But the midfield set-up is a diamond shape instead of straight formation. It is Federico Vavlerde who is being added to the first lineup midfield combination. While Karim Bezema and Vinicus leads the attack. The second lineup looks strong as it would be very good for defensive approach. The combination of Vinicius and Benzema have been very productive in the previous season, and hopefully it will remain the same next season. 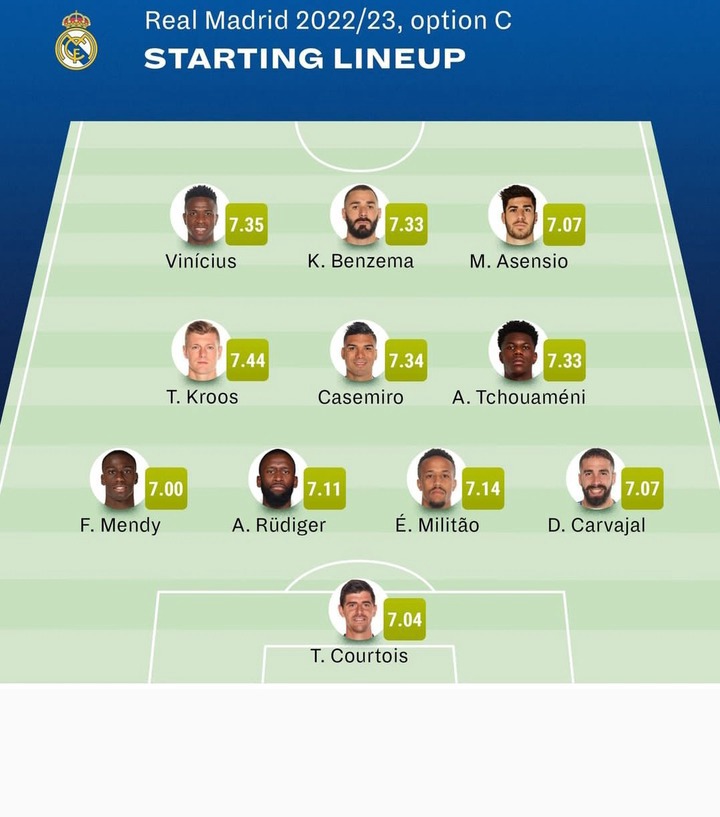 The third possible way Ancelotti could set up his squad in the upcoming season.

Midfielders: Kroos, Casemiro and A. Tchouameni.