World Cup Qualifiers: How Nigeria could line up tonight.

The Super Eagles of Nigeria will be hoping to put their shocking 1-0 defeat behind them when they face the Central African Republic again later tonight. 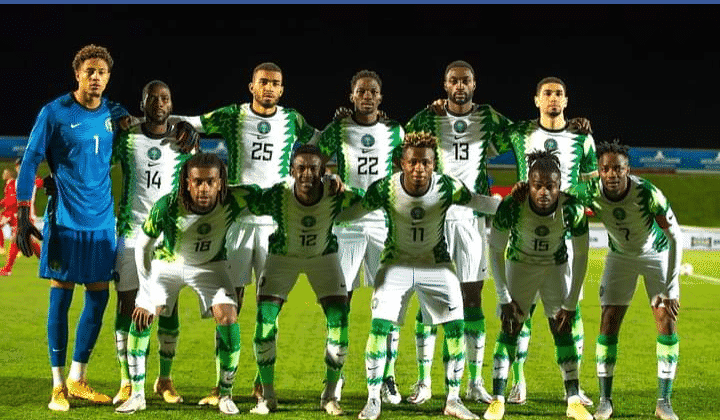 The game promises to be an exciting one as Nigeria will be going all out to secure the win while the Central African Republic Boys will also be doing all they can to prevent a home loss.

It's going to be very interesting to see how Gernot Rohr will set up his starting XI for the game. In this article, we'll be looking at a possible way the German tactician's first eleven could look like. Check it out below:

After the failure of the 4-4-2 formation in the previous game, Gernot Rohr should use the 4-3-3 as it's more flexible.

Daniel Akpeyi should replace Francis Uzoho in the goal. Daniel Akpeyi is an experienced goalie, as such, he'll be able to charge at his defenders any time they seem to be lacking concentration.

Though Williams Troost-Ekong's mistake led to the defeat the last time out, the central defender had a good game overall. As such, he's expected to form a central defensive partnership with Leo Balogun. 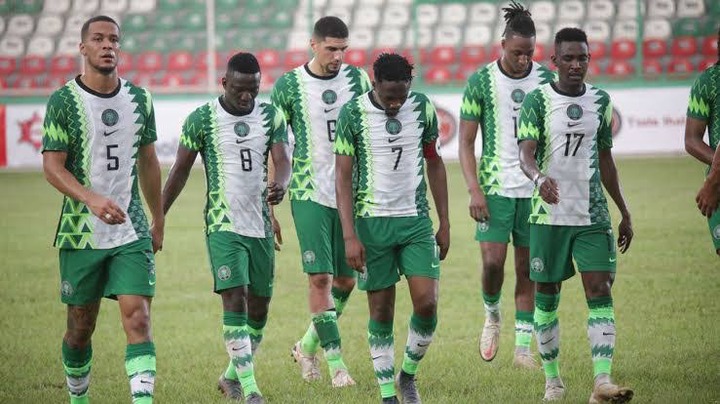 Omonia's star Shehu Abdullah should return to the starting XI as a right-back while Ole Aina keeps his place on the left.

As for the midfield compositions, Joe Aribo could play ahead of the defenders as a defensive-midfield while Chidera and Moses Simon complete the triad by occupying the other two positions. 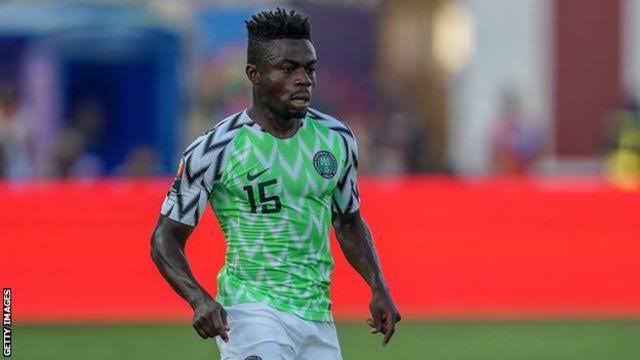 Genk star Paul Onuachu should be used as a 'No.9' while Victor Osimhen and Samuel Kalu occupying the positions on the flank.

The Eagles have been finding it hard to score goals. As such, this attacking trio could be the solution to the problem.

See the illustration of the possible XI below: 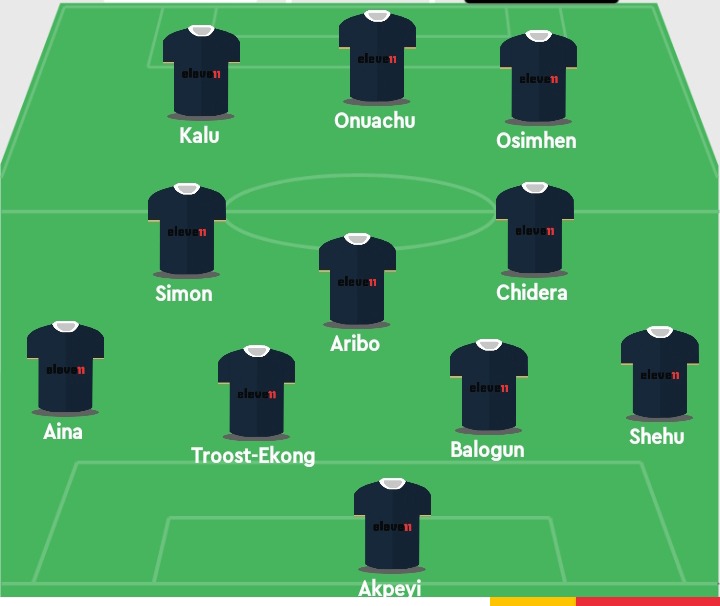 What do you think will be the score line in today's game?