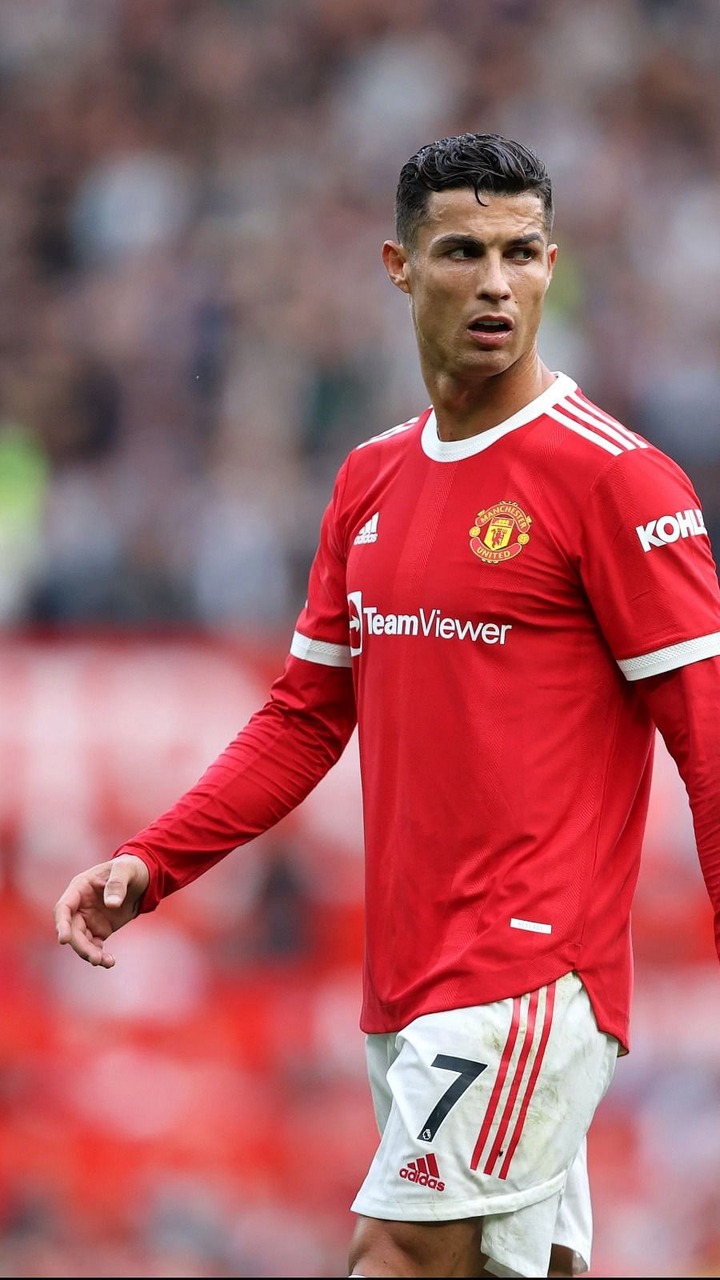 There have been plenty of storylines playing across Europe during the start of the 2021-22 season. Several top clubs have begun the season well.

Bundesliga leader Bayern Munich already has 20 goals in five matches to lead the league. In England, Chelsea and Liverpool are neck-and-neck in terms of results, goals, and points.

The top of La Liga is dominated by Real Madrid, Barcelona is struggling post-Lionel Messi, and Atletico Madrid is still finding their feet. Paris Saint-Germain, unsurprisingly, leads the French top flight and has yet to drop a point.

While Lionel Messi, Neymar, and Kylian Mbappe are yet to fire together, the Parisians won't mind, as they are already five points ahead.

Napoli currently leads Serie A with four wins from four games. Inter Milan and AC Milan follow them with 10 points each, while usual favorites Juventus are struggling, with two losses and two draws.

Let's take a look at the five most in-form players in European football right now based on current results. 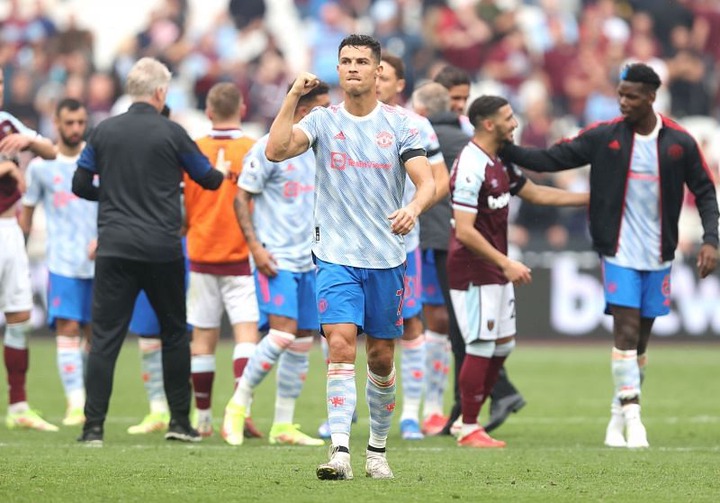 Cristiano Ronaldo's return to Manchester United has been everything it promised to be for both the player and the club, isn't it?

The Portuguese striker has already scored four goals in three games since returning to Old Trafford. Ronaldo scored twice for Portugal just minutes before the final whistle in Dublin to secure a comeback victory.

Those goals also meant Ronaldo (111) overtook Ali Date (109) to become the most prolific goalscorer in men's international football. The Portuguese are one of the best players to have graced the game. And his pedigree will get further enhanced if he leads Manchester United to a major title this season.

As it stands, United find themselves third in the Premier League table, level on points with Liverpool and Chelsea. Considering Ronaldo's sparkling form, United will fancy their chances of a first league title in almost a decade. 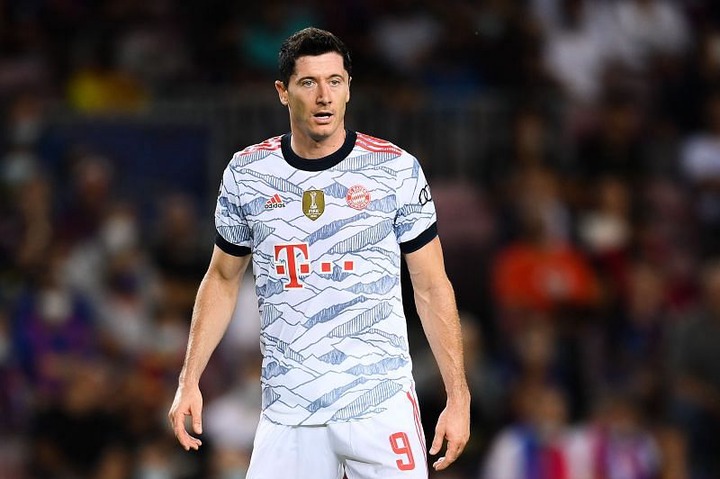 Lewandowski has been prolific, especially in the last two years. Making this list is no surprise since he is a goalscoring machine.

Lewandowski has already scored seven goals in five Bundesliga games for Bayern Munich this season. He scored a brace on Matchday 1 of the Champions League against Barcelona.

The Polish striker scored twice in the German Supercup as well, which takes his tally to 11 in all competitions for the Bavarians this term. Lewandowski also scored thrice and assisted as many times in three matches for Poland during the recent international break.

That means another big season is likely on the cards for Lewandowski. He recently became the first player to score in 13 consecutive Bundesliga home games too.

At this point, only two other strikers have a chance of challenging Lewandowski for the tag of hottest striker on the planet. Let's find out if they have made this list. 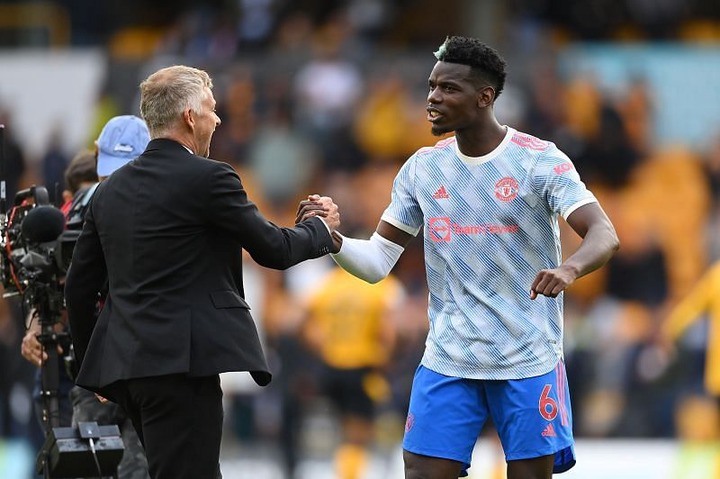 In the early going of the campaign, Paul Pogba has been a standout. The midfielder has been on the verge of great things at Old Trafford for way too many seasons, and this year could be the year.

Having already tallied seven Premier League assists in five matches, Pogba has been a dominant force this season for United, helping them to a first title since 2013.

Even if he doesn't keep up the blistering pace, he could smash the record for most Premier League assists in a season.

Pogba's xA count for the season is 1.1; the very fact that he has seen is testament to both his quality and that of the forwards in front of him so far.

The midfielder has also made 3.6 shot-creating actions (SCAs) per game in five matches, compared to 2.61 SCAs he registered in the 2020-21 season. More staggeringly, Pogba already has eight goal-creating actions (GCAs) in total this season; he managed seven in the Premier League last season across 26 matches.

Such an unusual peak in Pogba's performance suggests a significant drop could soon be on the horizon. But if he can keep the troughs to a minimum, the Frenchman could register a record assist tally at the end of the season 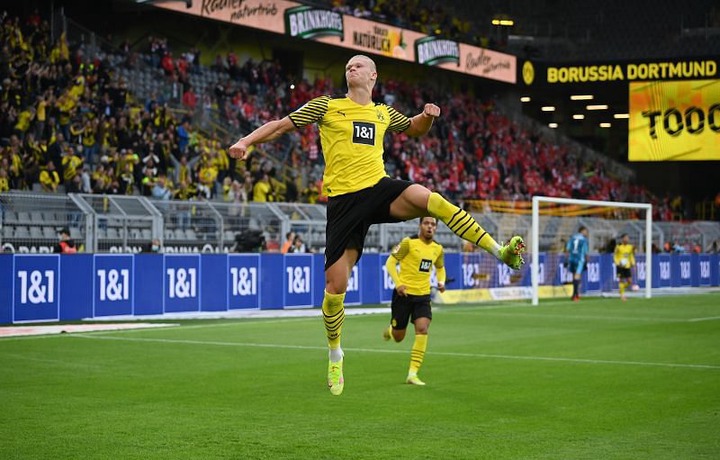 Erling Haaland is just wired differently. Many expected the Norwegian to build on his goal tally from last season. But how he has gone about his game this campaign is simply astounding.

But what has been even more impressive about the forward this season are the tweaks he has made to his gameplay.

Haaland has recorded four assists in five Bundesliga games after managing only six in 28 league matches last term. Interestingly, his xA has only been 1.6 this season, compared to 5.4 last term, which indicates that his passing and vision have improved.

Haaland has also managed eight key passes in five league games this term and is well on course to better the 23 key passes he tallied in 28 games last season.

Improvements in Haaland's all-around game are also visible in other stats. The striker has averaged 19.6 total carries and 3.2 progressive carries per game in the Bundesliga this season.

These are marginal but crucial improvements from his record of 16.46 total carries and 2.82 progressive carries in the Bundesliga last season.

Holland's ability to reinvent his game this season hasn't received much attention. But the numbers mean the amount of potential in the 21-year-old is truly frightening. 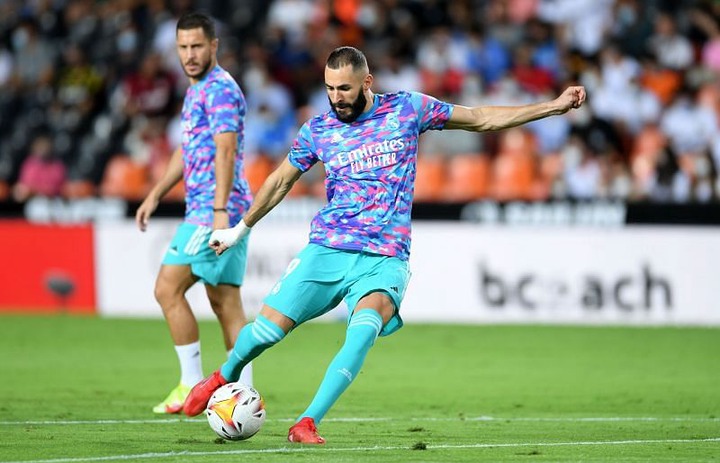 Karim Benzema has been one of the hottest properties this season. After a winning summer season with France at Euro 2020, the Frenchman has continued to improve.

Benzema has amassed six goals and five assists in five La Liga matches for Real Madrid this term. That makes him one of the most in-form players in the game at the moment. Carlo Ancelotti's second reign has coincided with Real Madrid's rebuilding of sorts.

Although many players from the old guard are still in the Italian's XI, none hold more importance to the squad than Benzema. The forward has promptly filled in as both a goalscoring striker and the creative false nine the team needs to compete on multiple fronts.

His goal contributions this term suggest how good he has been. Ancelotti's system has played a role, of course. But Benzema's proficiency was on display last season too, as he managed 30 goals and nine assists across competitions.

This season, he seems to have taken his creative prowess a notch higher. Benzema registered 37 key passes and 17 GCAs in the league last season.

Five games into this campaign, he already has ten key passes and seven GCAs. Benzema has also averaged 4.4 progressive passes per game in the league this term, compared to the 2.41 he registered last season.

Moreover, he has also struck up a promising partnership with the in-form Vinicius Junior this season.

That proves that Karim Benzema is still at the top of his game even at 33. With Lionel Messi and Sergio Ramos departing Spain this summer, the Frenchman seems to be receiving the recognition he has deserved for so long.