By Ezekielnews (self media writer) | 1 year ago

Manchester United have been handed a massive advantage heading into their champions league clash against PSG.

It is true that Manchester United have started the season in an awful manner, starting with a defeat from Crystal palace with a 2 goals difference in their home. And another big defeat against Tottenham with 5 goals different. Which have left the fans worrying about their big games with Arsenal, Chelsea and PSG which are soon.

Well, Manchester United have been been handed a massive advantage heading into the game though as Thomas Tuchel has admitted that a number of his players could miss the glamour tie.

“We have a bit of bad luck. Draxler and Marquinhos are doubtful for Manchester too. Colin Dagba had a positive [coronavirus test] with the U21s. In the event of a negative test, he can return to the group. “Kehrer is injured for a few weeks. Bernat and Icardi are injured, Icardi, a week ago. It’s the internal ligament in the knee, it’s not too serious but he will miss Nimes and Manchester.”

“Today we have Danilo back, but he has been in contact with Cristiano Ronaldo, so the medical staff wish he did not train with the group. Verratti was injured with Italy, and is in contact with our doctor now. “We are missing too many players. It is the challenge now to find a starting XI able to win [against Nimes], because that is the best preparation for Manchester.”

Yeah, it is PSG that should be worried. 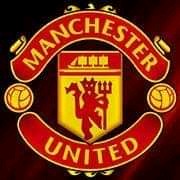 Content created and supplied by: Ezekielnews (via Opera News )