On tonight's episode of WWE RAW, Elias introduced Jaxson Ryker to the WWE Universe. However, this is not the first time he was shown together with Ryker. They were paired up together a few weeks ago on an episode of WWE Main Event, which also marked Ryker's return to WWE programming. 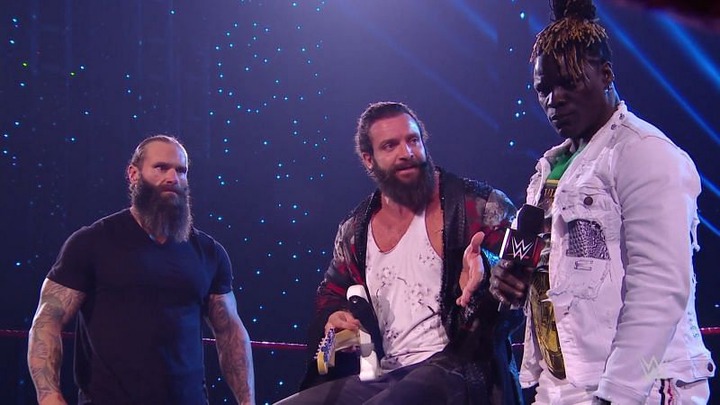 The former Forgotten Sons member was last seen on WWE SmackDown. He was taken off the television a few months ago, due to some controversial tweets that got him heat with a few members of the WWE locker room.

The other members of Forgotten Sons - Wesley Blake and Steve Cutler - were repackaged and introduced as King Corbin's bodyguards two weeks ago on the blue brand as well.

If tonight's appearance was any indication, it seems likely that Jaxson Ryker is here to stay and will continue his journey as a solo Superstar under Elias' wing. Ryker was introduced tonight during a musical performance by Elias, which soon got interrupted by the current 24/7 Champion R-Truth.

Truth did not want to interfere and just stood there inside the ring while Elias serenaded the WWE Universe. But, things got out of hand when Superstars like Gran Metalik, Akira Tozawa, and Drew Gulak rushed to the ring in an attempt to pin Truth for the 24/7 Championship.

Ryker took care of the situation on behalf of Elias by displaying his brute strength. He took out the Superstars that entered the ring while Truth made a run for it to backstage