See what she said about men that don't watch football. See the reply she got that is hilarious.

By Kombolo (self meida writer) | 1 months

A lady on Twitter by the name of Chioma @younggirl_ajex made a tweet about men who don't watch football and it has caused mixed feelings on her timeline. 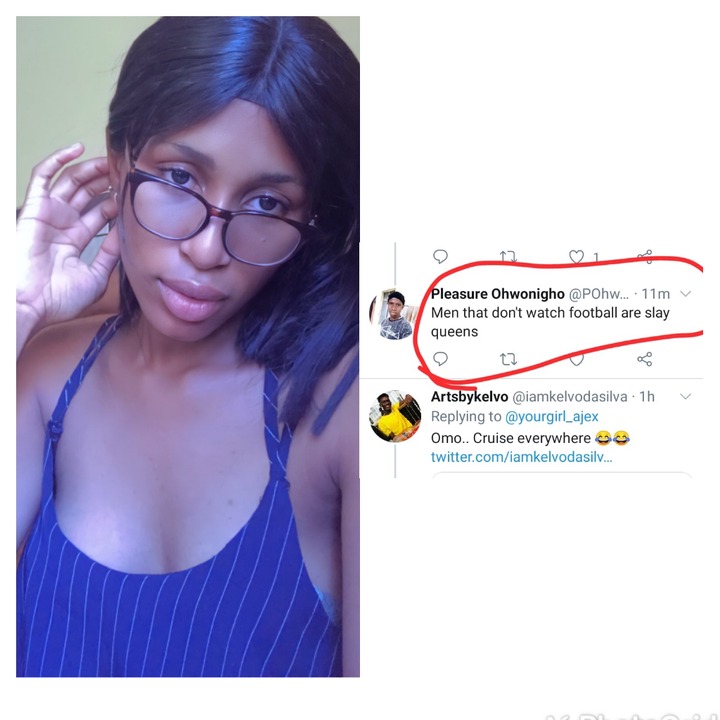 @younggirl_ajex said in the tweet that men that don't watch football are special creatures. As she believes that football is a boring game of man running around chasing one around the football field. 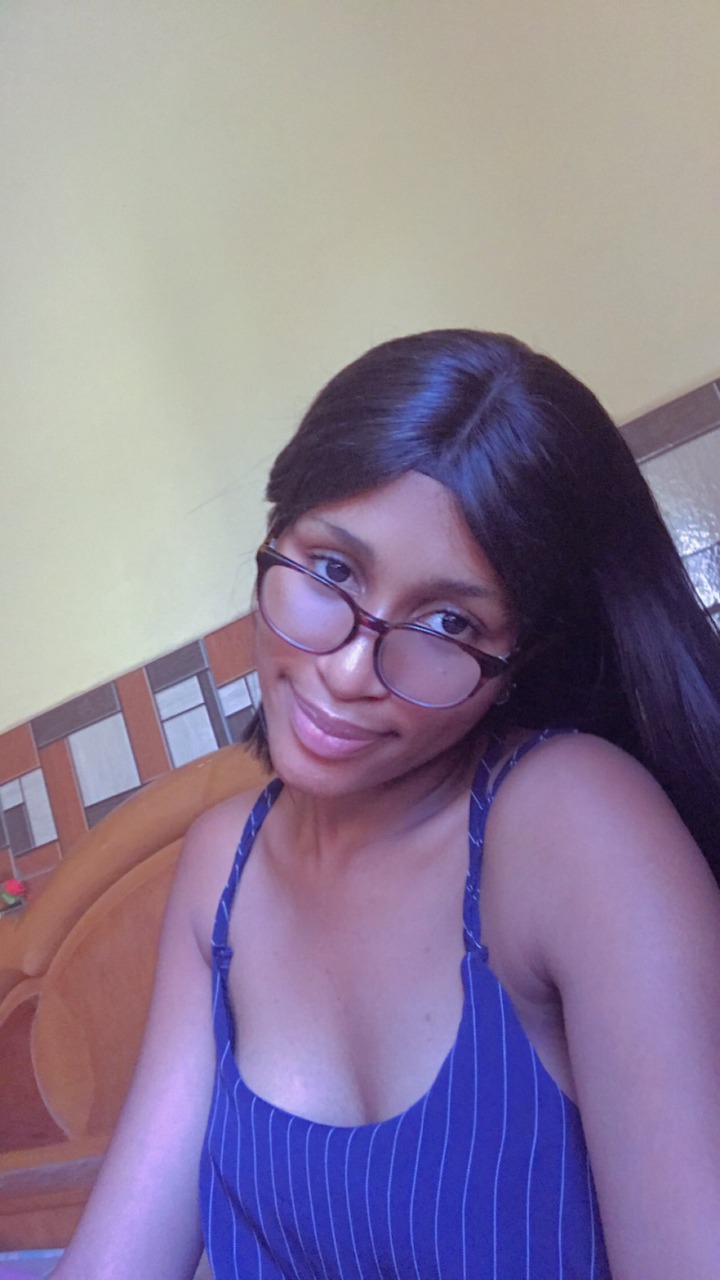 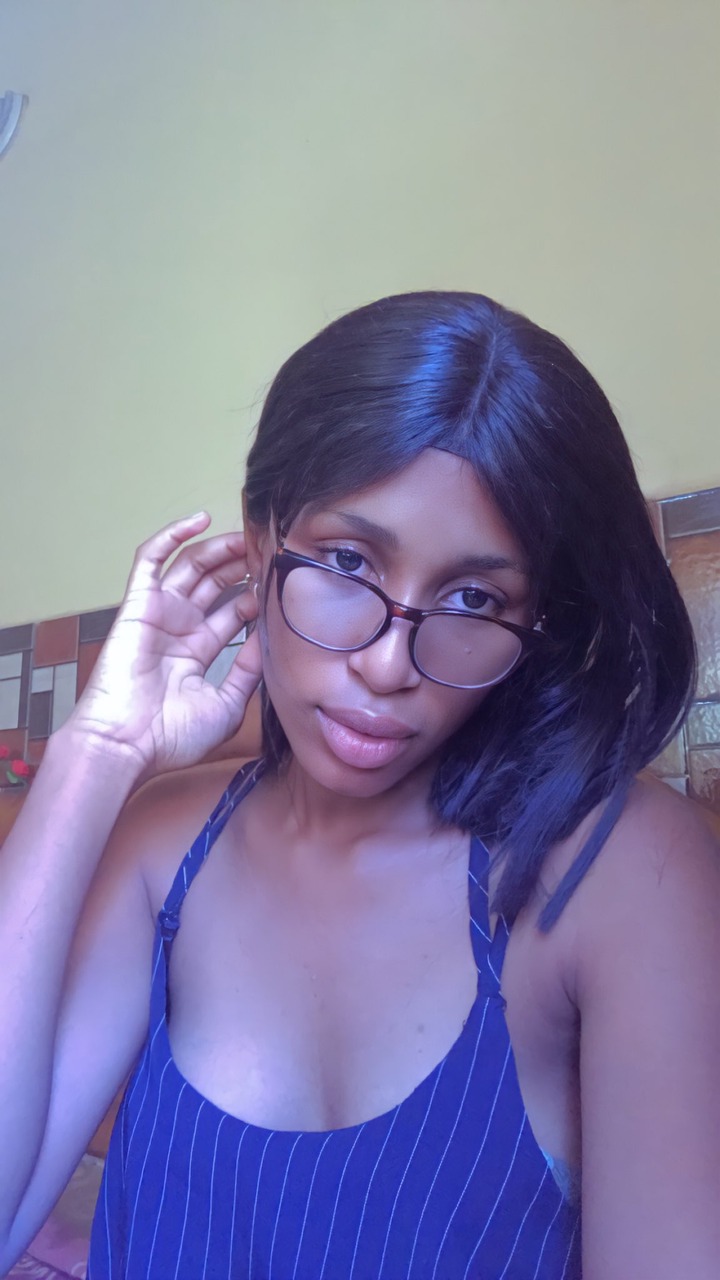 Her followers on Twitter made some statements and we would bring you the three that caught our attention.

(1) grown men pursue the ball around the pitch while the watchers argue with the television as if the footballer could hear them.

(2) I rather watch the sound city, MTV base, trace, or movie series. I tried watching for a whole year and the interests never came. Now I only watch final fixtures because the noise would be everywhere.

(3) women that watch football are Gifts from God.

Everyone with their opinion, I know you have one. 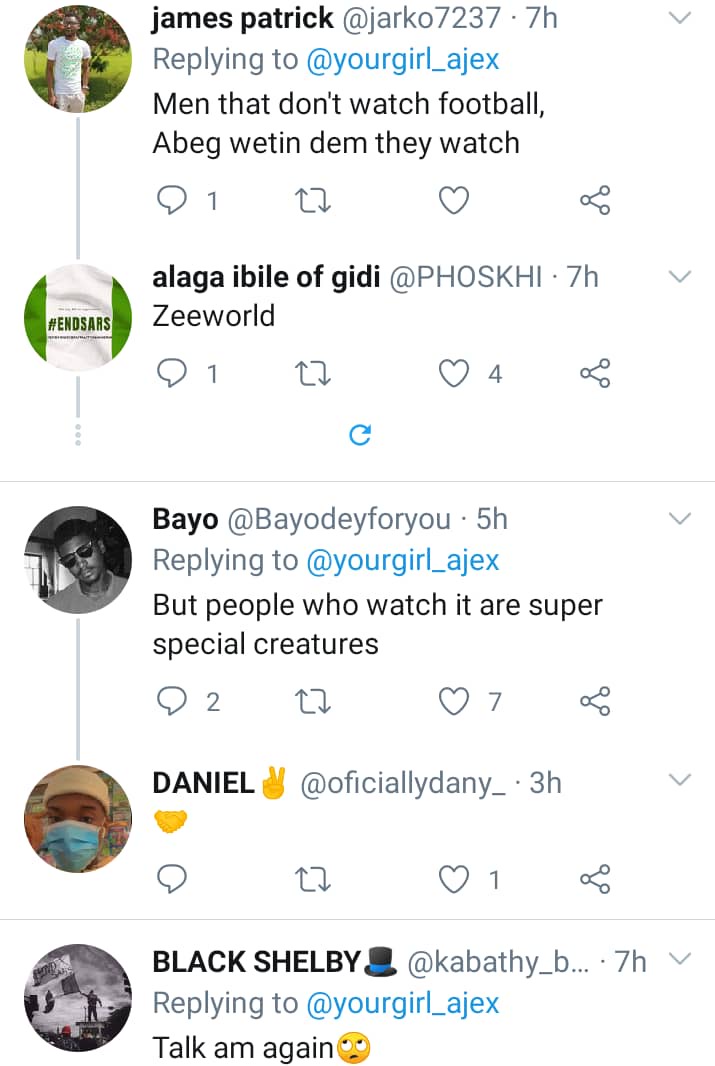 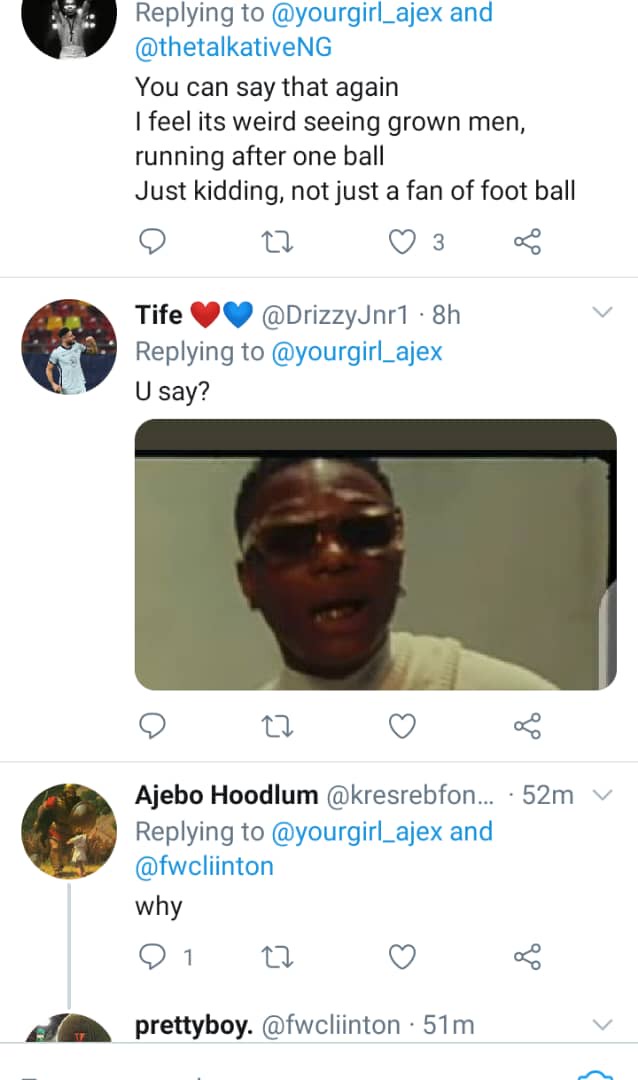 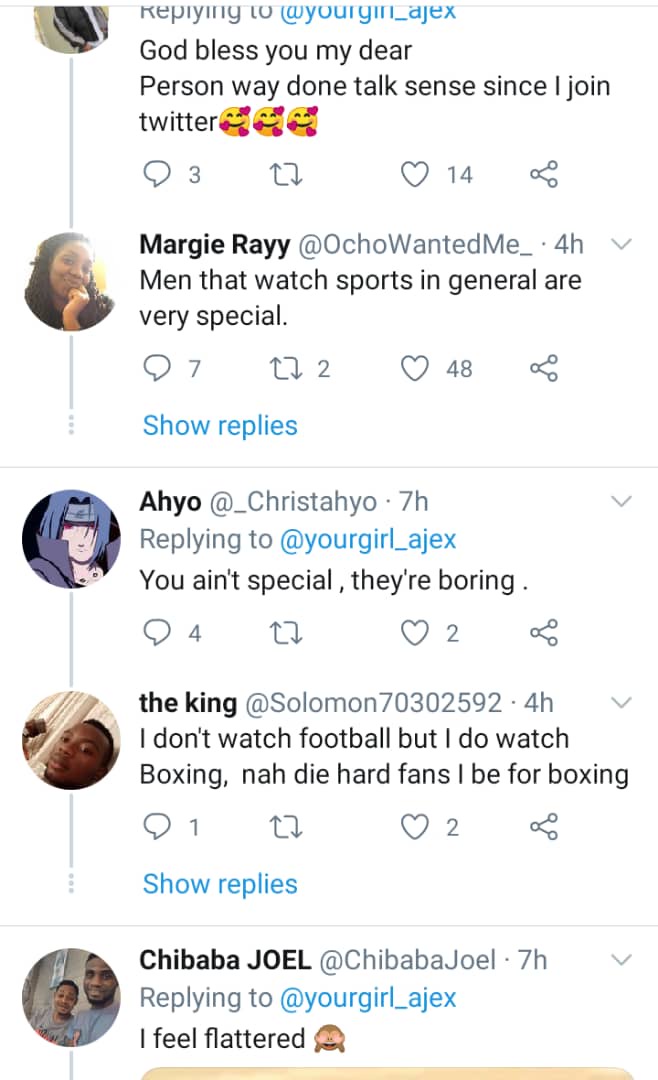 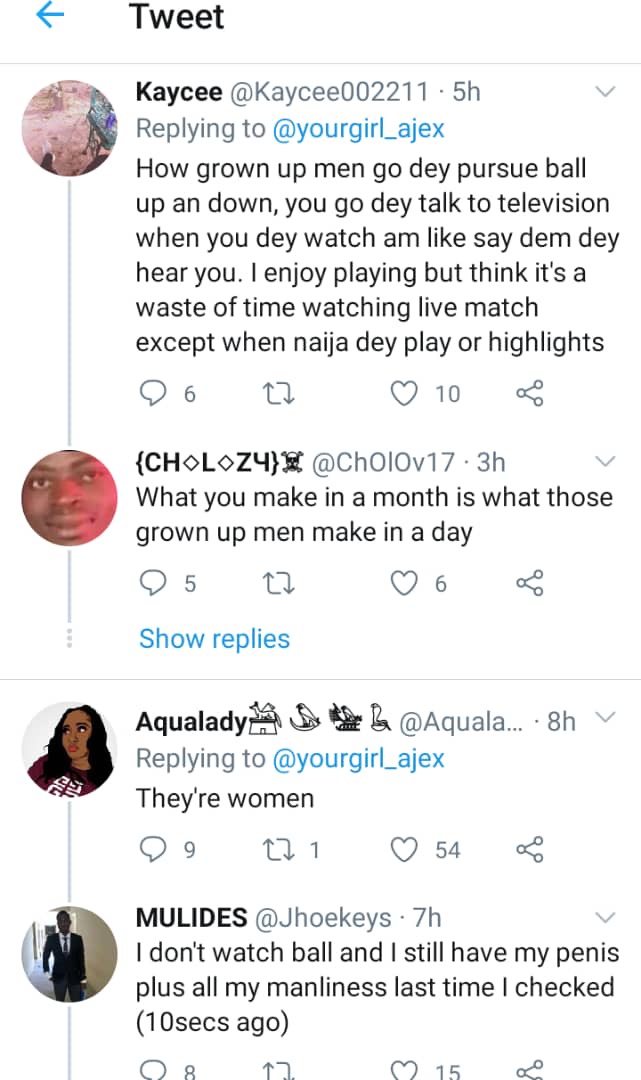 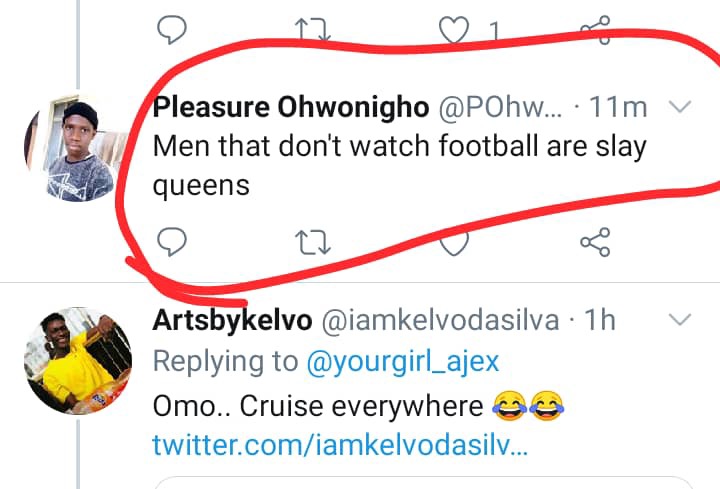 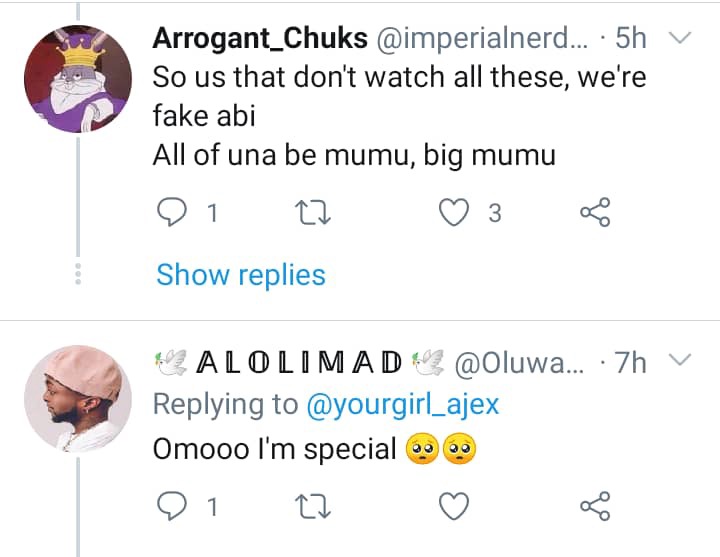 3 Body Languages That Suggest A Girl is Interested in You

Fulani Herdsmen Were Killed, They Organised Themselves & Came Back To Revenge- Gov El-Rufai

If you need motivation to make money, ignore memes and read this story - This might be all you need.