By ChuchuUpdates (self media writer) | 2 years ago

The Battle Between Real Madrid and Villarreal was really a tough one. 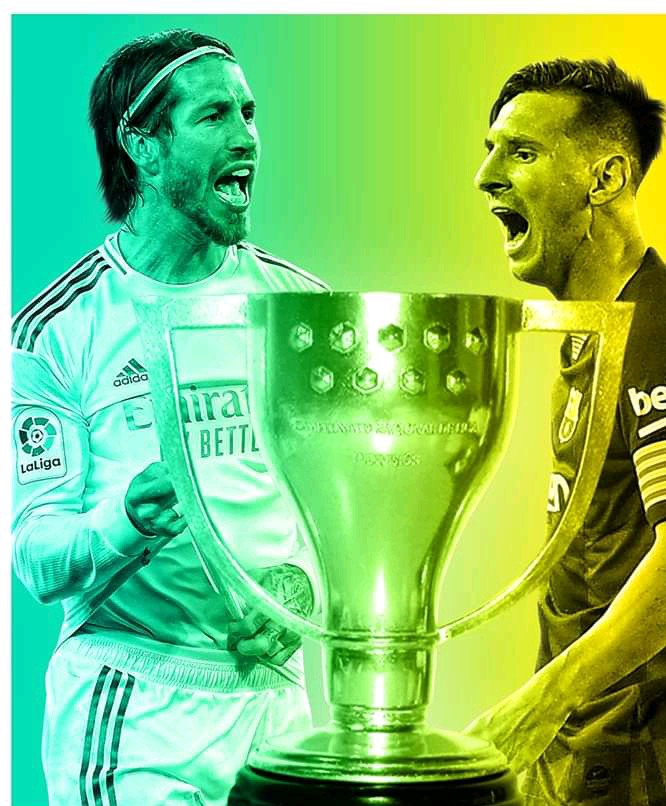 Before we continue, please click on the Follow Button above, so as to see more from us. We promise that you will enjoy our service. Thanks.

Half Time ended as a Draw, Athletic Bilbao 0, Leganes 0.

M. A. Guerrero scored for Leganes.

L. Messi scores for Barcelona. Brilliant finish. He keeps the score level at 1 - 1.

E. Torres scored for Osassuna, to give them the lead.

E. Bardi scores again, to give Levante the 2 - 0 lead over Celta Vigo.

I. Aspas makes it 2 for Celta Vigo.

B. Mayoral makes it 3 for Levante.

Real Valladolid was Defeated by Eibar 3 - 1.

First half ended as a 2 - 0 win over Real Sociadad.

S. Guardiola scored for Real Sociadad, After missing a Penalty.

P. De Blasis scored with Penalty for Eibar, to keep the score at 3 - 1.

And a Goal from A. Montoro, to keep the Granada alive in the game, the score is now 1 - 2.

A. Puertas scored for Granada.

M. Llorente opens the goal of the Match, to end the match goal drought.

Thomas makes it 2 for ATM in the 81st minutes.

The second goal for Deportivo Alaves was scored by R. Ely.

Real Madrid Defeated Villarreal 2 - 1, Giving them the opportunity to be Crown the La Liga Champions.

K. Benzema scored with Penalty, to make it 2 - 0 for Real Madrid.

After Today's Game, This is now how the La Liga League Table Looks Like After Real Madrid Victory. 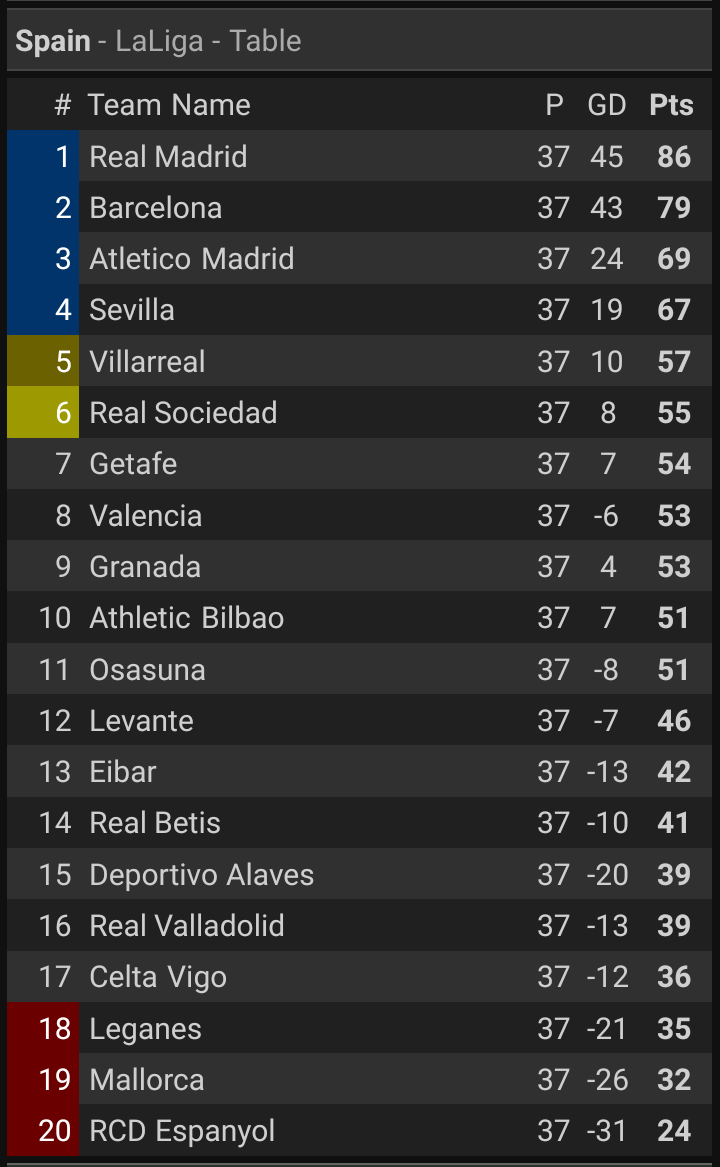 And also remember to Follow us @ Worldwideupdate, so as to see more of our updates.

Thanks and remain bless.