By SportSire (self meida writer) | 15 days

Apparently, the LaLiga Title race is going to be interesting before the end of this season, especially next month. As, Barcelona, Real Madrid and Atletico Madrid would be fighting, for the Title with little points between them in the league table. 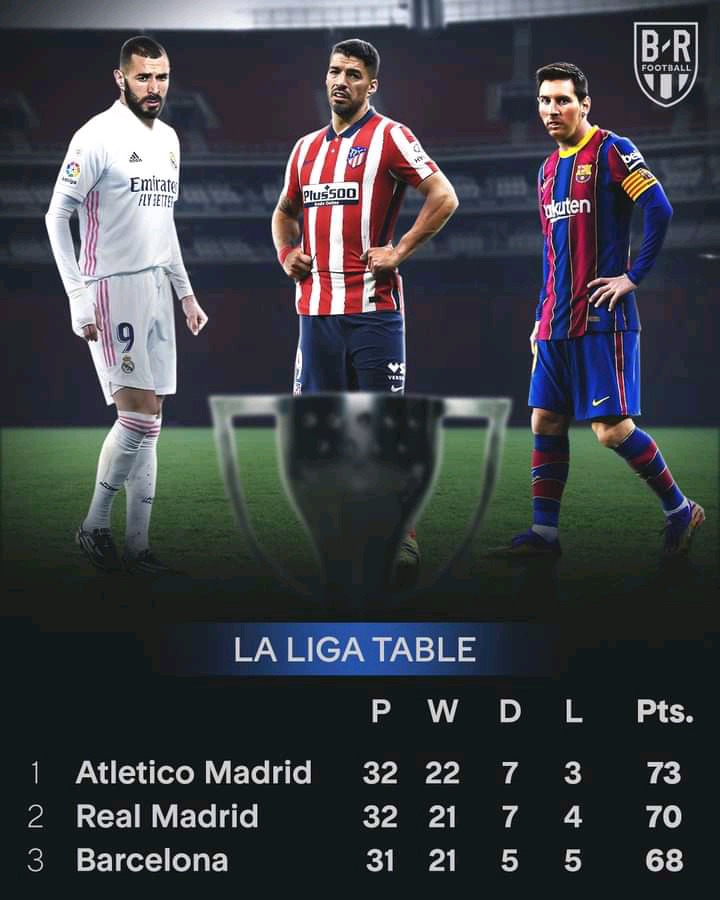 Of course, the LaLiga Title race hasn't been so much tough like this season, as all the top-3 teams in the table are hell bent on winning the Cup. The Diego Simon's men have been at the top of the league, for a while now. However, things may change as per the table in the next few weeks.

Meanwhile, it remains just 6 games for the three teams, except Barcelona with 1 outstanding. Thus, their last 6 matches in the league, would determine the winner of the league cup. Atletico Madrid are with 73 points, Real Madrid with 70 points and Barcelona with 68 points. But, the Ronald Koeman's men still have 1 match outstanding. 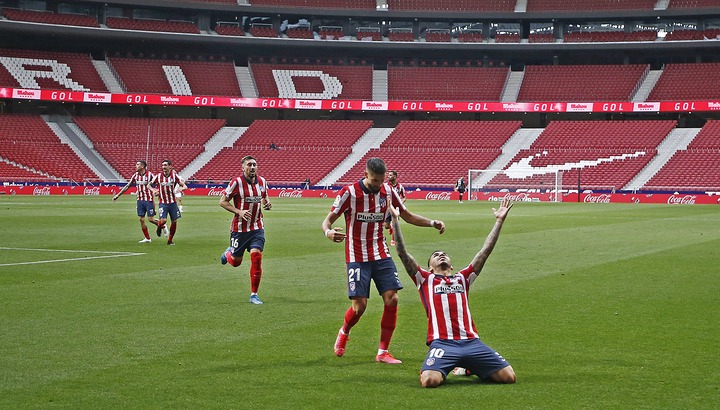 As per the last 6 fixtures, both Blaugranas and the Diego Simon's men still have, some tough and difficult games. Therefore, the Zinedine Zidane's men have enough opportunity to overtake the two teams, if they can successfully win their last 6 matches, because they don't have any big fixture. 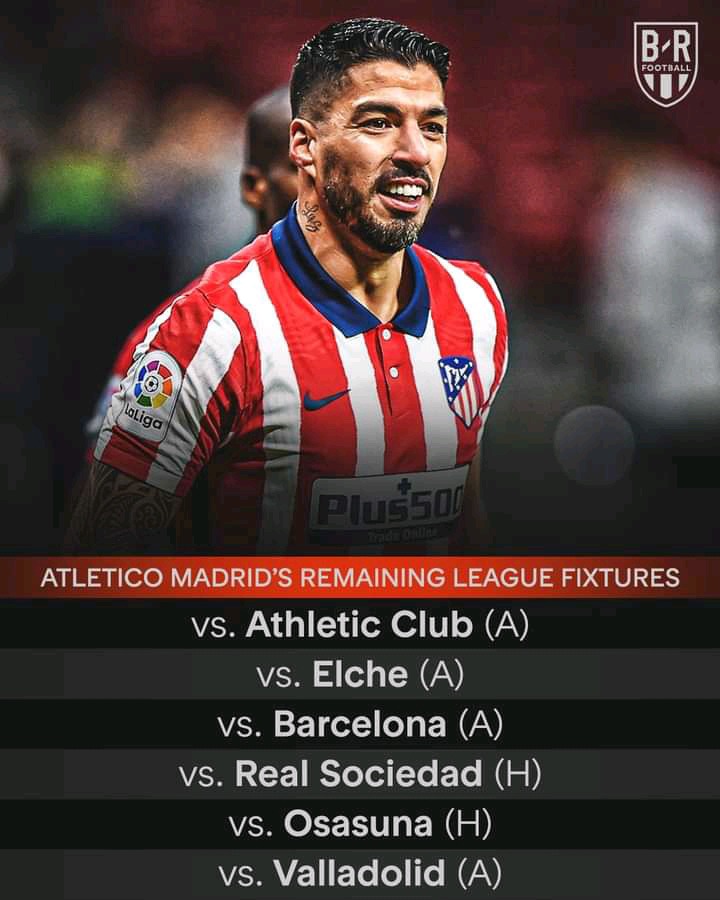 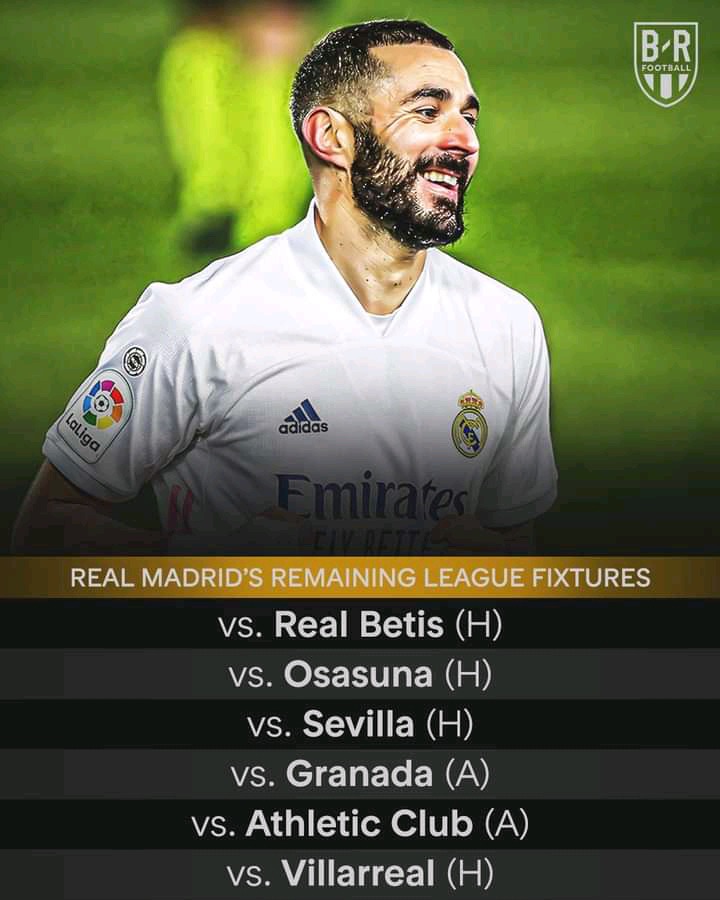 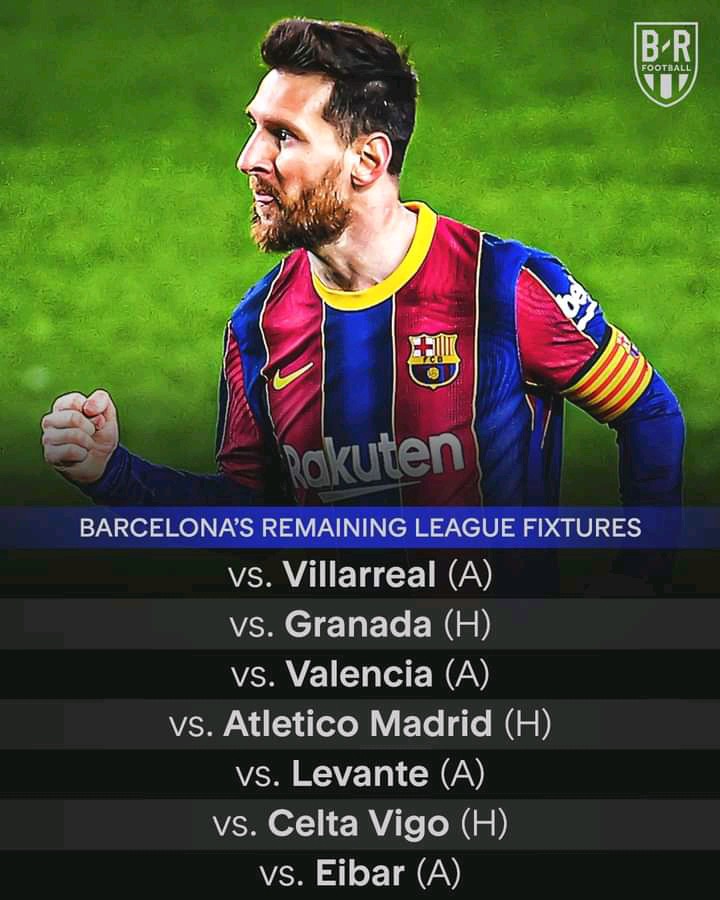 As per the Diego Simeone's side, they are currently with 73 points in the league table. However, winning the Title won't come easy for them, because they still have to play big matches like Barcelona and Atletico Bilbao. Although, they are playing with a high level of winning spirit, as they stand firm and unshakable at the 1st position. But, their last 6 games before the end of the season, may not go as planned for them.

Real Madrid may slow their performances as per their LaLiga fixtures, as they are still in Champions League and they would be clashing against the Thomas Tuchel's men. Only Sevilla, Atletico Bilbao, Villarreal can frustrate them, in their last 6 games in the league. But, they can still leapfrog Atletico Madrid, as they are below them with just 70 points having played the same number of games. 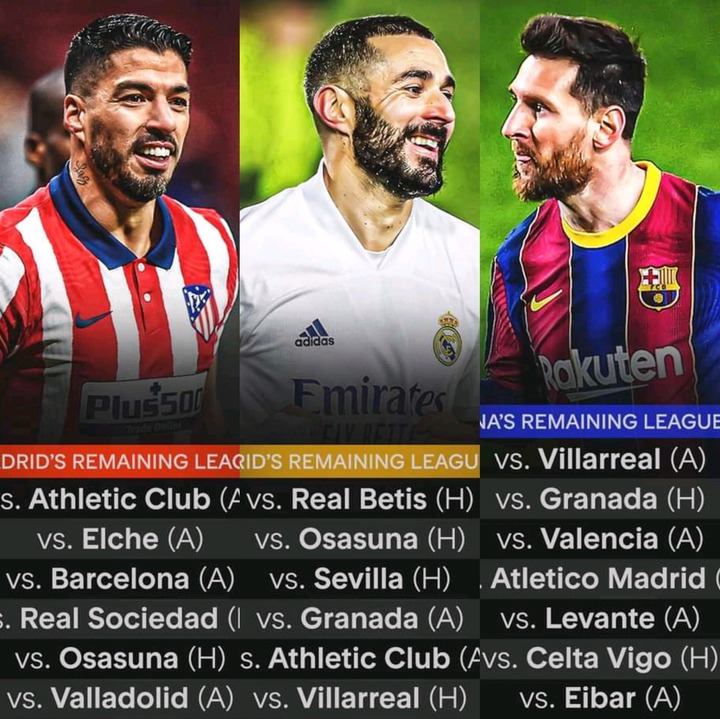 Finally on the Ronald Koeman's side, they would need to win against the Diego Simeone's men, if they really want to win the LaLiga Title. Meanwhile, having seen Barcelona's performance and stats in the league this year, it's obvious that they are ready to win the cup. Of course, they are at the 3rd position with 68 points, but if they win their outstanding game, their points will be 71. And, they may win the league once they defeat Atletico Madrid next month.

Barcelona, Madrid or Atletico, who's going to win the league?

Here Are Some Gorgeous Gown Ideas That You Could Check Out