As you've no doubt heard by now, the coronavirus is going to have a severe impact on football finances and, most notably for fans, the transfer market.

B/R's Dean Jones has done extensive reporting on this, relaying the thoughts of chairmen, executives and managers who all agree cash is going to be short, wages are going to have to drop and that perhaps football's bubble has burst—that an unsustainable business is going to undergo a hard reset.

Even superclubs are affected. Manchester United's pursuit of Jadon Sancho has turned into a patient waiting game, Arsenal are going to have to get even more creative with their budget, while Barcelona are staring financial peril in the face.

One method mooted to help cope with the cash shortage is player swap deals—something we saw an increase in during the 2019 summer transfer window, and that could become even more common in 2020.

Another is looking down the leagues. The clubs further down the football pyramid will be affected even more than those at the top, so not only could looking in their direction be a good way of securing homegrown talent for a lower price, but the wages may be more manageable too.

It's a point alluded to by Ben Lyttleton, author of Edge: What Business Can Learn From Football, in B/R's look at Barcelona's finances this week: "There will be more opportunities for clubs to give younger players a chance to keep the wage bills down. We'll see clubs trying to move on players with good deals. We'll see more swap deals, more loans. There will be a change in how the market will operate. There will be opportunities for smart clubs to find value." 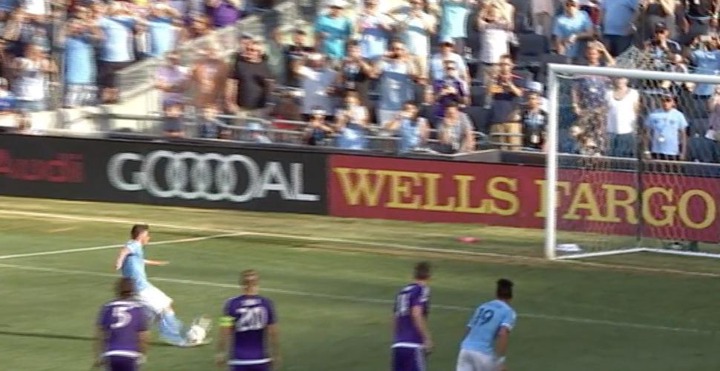 So let's cast our eyes down the English leagues and hunt for those potential gems. The next Dele Allis, if you will. We've enlisted Round World Royals director Harry Brooks, an independent coach who has worked personally with several players in the lower leagues, in addition to more established names, such as Steven Bergwijn.

He's helped assess five players from England's lower leagues that could step up to a top-six Premier League level, adding some suggested good fits along the way.

Ever since Marcelo Bielsa was appointed Leeds United manager in 2018, player success stories have come thick and fast. Almost everyone has improved immeasurably under his tutelage, with Phillips perhaps the shiniest example of them all.

A snappy, aggressive, athletic midfielder, his presence in the centre of the park goes a long way to making Leeds an uncomfortable opponent to play against. He racks up the tackles and interceptions (4.1 per game combined) and sets a platform of dominance in the middle.

In 2018-19 he split time between midfield and defence, operating as a central defender in a back three at times, showcasing a versatility and positional awareness that adds to his allure.

Aston Villa were one of several sides to bid for him last summer, per The Sun, with the sum around the £15 million mark. He's only improved, so if Leeds don't get promoted in 2020, even bigger fish will likely enter the ring for him.

The top sides aim to win the ball back fast, and Phillips would suit that style. He's an extremely intense presser of the ball and will lock on to opponents like a shadow, attempting to win it back as quickly as possible.

The game is becoming quicker and more intense, with teams looking for athletic runners on and off the ball. Phillips suits this. His mobility and ability to cover ground quickly would see him thrive in the Premier League.

His passing ability is mixed: He regularly floats longer passes to either flank but rarely distributes and passes through the centre of the pitch and could work on his willingness to break lines with passes.

He also needs to prove he can take the more measured approach and be positionally disciplined to cover space.

Another Championship player who is attracting interest from above is Benrahma—Jones reports that Leicester City like the look of him—and that checks out. He looks totally out of place in the second tier.

Ten goals and 14 assists from 29 starts last season and 10 and 7 from 30, respectively, so far this term speaks to his attacking output. He's a goalscorer and a creator, regularly chipping in and helping the strikers decide games.

Defenders have no idea how to handle him; he's too quick, too silky and boasts too much of a variety in his play to stop. He can dribble, he can pass, he can shoot and he can roam across the pitch to look for space.

Allowed to blossom and shine at Brentford, given freedom to move and interpret, he's developed into some player.

Regularly deployed as a left winger who is also comfortable on the right, Benrahma is afforded the freedom to roam centrally and move between the lines.

On the ball, his skill, ability to change tempo and stand players up attracts several opponents toward him, where he often wriggles away and looks to exploit the space vacated.

Most sides in the Premier League are intense defensively, whether it's pressing high with aggression, or compactly in a mid block or low block, so Benrahma's press resistance is an important trait that should mean he makes the step up well.

He has good vision and can split defences with forward passes, so would suit a side that has players willing to run ahead of the ball. However, he may need to work on his own runs ahead of the ball, rather than constantly looking to receive to feet.

Probably the least recognisable name on this list is Vincent-Young's, who dropped down the Football League in order to rise back up—Rickie Lambert style—to the top.

He has the profile of a modern full-back or wing-back, combining size and speed, along with sound technique, to dominate his flank. He mixes aggression and trickery when dribbling, throwing in feints and step-overs along with more powerful thrusts.

He's shown an eye for goal (scoring a spectacular one against Tranmere Rovers) and a willingness to arrive at the back post for crosses. He stands up defensively, too, with his athleticism making him tough to beat.

Despite never playing higher than League One to date, it is just a matter of time before Vincent-Young reaches the top tier.

My colleague Richard Webster has trained Vincent-Young on a one-to-one basis since he was 13, in the Spurs academy, and I have been part of his recent journey.

He has the technique, athleticism and game-understanding needed to play in the Premier League and is able to provide attacking impetus in a variety of ways.

Vincent-Young's technique and ball manipulation means he can carry the ball infield as well as outside through composed dribbling. His athleticism and balance also enables him to drive forward aggressively with pace.

He can receive the ball deep to feet and drive up the pitch, or he can make forward runs ahead of the ball and receive high. He could still work on delivering crosses deep and early, though, as he usually prefers to stand his man up one-on-one.

For a 16-year-old to play a full campaign at senior level, rucking with fully grown adults every week, is quite something.

Few can handle it physically, few can handle it mentally, yet Bellingham frequently looks a cut above on any pitch he walks out on—and he's still on a youth contract worth £145 per week, per The Guardian.

Jones has reported Manchester United are, understandably, hot on his heels. Borussia Dortmund have expressed major interest too.

He's shown class on the ball, a high level understanding of movement, physicality and rare positional versatility, having already fulfilled multiple roles in the Blues' midfield in 2019-20. He's a super young talent.

Bellingham has an incredible temperament and maturity on the football pitch, and those traits in particular are why he's become a first-team regular despite still only being 16.

His game-understanding is outstanding. Whether he plays as a No. 6, No. 8 or a No. 10, he knows what to do in every situation. He has superb composure, his timing on the ball defies his tender years, and he can receive behind and ahead of the ball—a trait not many midfielders possess, let alone at 16.

As Bellingham gets older, and no doubt joins one of the elite sides, he may have to find a home in a more specific role. "Role-fillers" are sought-after, and his ability to perform in a variety of them is a huge positive, but he will have to find a position to call home to establish himself at Premier League level, or in another major European division.

Good Fits: Manchester United, Chelsea, Liverpool...everyone should be in for him

This season, Eze has emerged as one of the stars of the Championship. He's one of best players in the division and perhaps the best to watch too.

The way he glides across the pitch, carries the ball and ghosts past defenders draws you to the edge of your seat. With 20 goal contributions—12 goals, eight assists—under his belt this season, he's backing up some pretty play and clever off-the-ball movement with tangible production.

Operating out of a relative free role, be it from behind the striker or cutting in off the left, his arced right-footed finishes are Ashley Young-esque, and his stuttered penalty-taking technique is prime Eden Hazard.

An extremely creative and dynamic dribbler, Eze is a rarity; he has superb skill but also an ability to aggressively carry and drive the ball up the pitch too. It's not always silky, but it's always effective and positive.

He's comfortable receiving the ball in a variety of ways, in a variety of positions, while still managing to play forward as often as possible. He can lay it off first time, roll you, drop a shoulder or face you up and drive at you.

His end product comes in a number of forms: he can score different types of goals but also create by threading passes into the final third. The ingenuity, unpredictability and dynamism he possesses makes him very difficult to stop.

Like Benrahma, he thrives off the ability to express himself and be free. He may have to prove he can operate in a more structured setup in a higher league.

Listen to Sam every Wednesday on the B/R Football Ranks podcast. Subscribe here.