Rhea Ripley Is Coming To WWE RAW Next Week 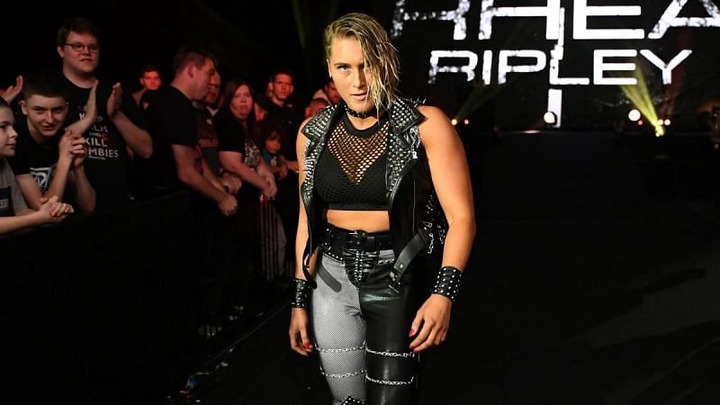 The much-anticipated RAW debut of former NXT Women's Champion Rhea Ripley is finally upon us. After weeks of teasing, it has now been confirmed that The Nightmare will make her first appearance as part of the red brand this coming Monday.

Ripley's last appearance on WWE television was on the 31st of January 2021, when she participated in the Royal Rumble. She made it to the final two of the Women's Royal Rumble match but was unfortunately eliminated by the eventual winner, Bianca Belair.

The Nightmare will be joining RAW from NXT, after almost three years with the black and gold brand. During her time with the brand, she held both the NXT Women's and NXT UK Women's Championships.

What can we expect from Rhea Ripley on Monday Night RAW?

Rhea Ripley's debut will add a new dimension to RAW. The Women's roster on the red brand has been in dire need of a shakeup and The Nightmare could provide just that.

There are plenty of feuds that Ripley can engage in on the red brand. The former NXT Women's Champion could look to rekindle her rivalry with Charlotte Flair or Shayna Baszler.

WWE could add Ripley immediately into the RAW Women's Championship picture and could have her challenge Asuka at WrestleMania 37. At the moment, the chances of this one look bleak as reports suggest that Charlotte could be the one facing Asuka at the Show Of Shows.

The possibilities are endless now that Rhea Ripley is on RAW. What do you think Ripley will do on her debut next week? Let us know down below.