Stats Proves Maguire to be Better than Van.Djik in the league this Season Virgil Van djik has been one of the best Defenders in the World in recent times. Many have compared him to Legendary defenders like John Terry, Maldini, Ferdinand, and co tho he still has long way to get to their level in my own opinion 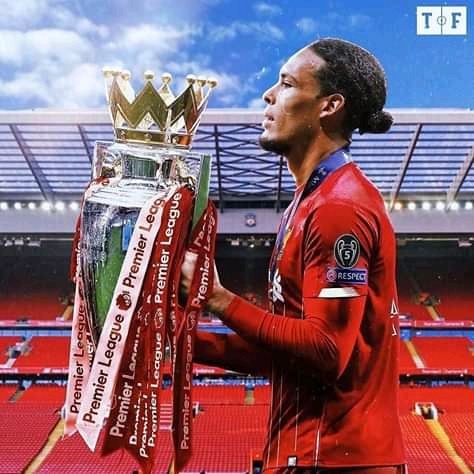 Harry Maguire on the other hand has been doing well in the English premier league in recent years. He won the League with Leceister and Came to limelight in 2017. He has height, and has a bit of long passes in him and other attributes of a World Class defender. He attracted the Intrest of many English giants like Chelsea, Arsenal and Co but it was Manchester united who was able to acquire the English man. He was purchased for a whopping sum of €80+m making him the most expensive defender in history of Football. Expectation were much and people were expecting him to match the standard of Van djik. He started the season slow, and was not living up to expectations many claimed he is no match to Van Djik this Season, but after surfing the Internet i found out that Harry Maguire has been the better Defender this Season better than Van Djik but Fans don't know. Their Head to Head Stats this Season has proven Maguire to be the better defender in the premier league this season. Maguire has 18 Blocks While Van Djik has 15 Blocks.

Maguire has 67 Interceptions while Van Djik has 39

Maguire has 21 tackles won while Van Djik has 12

Maguire has 92 Headed Clearance while Van Djik has 80 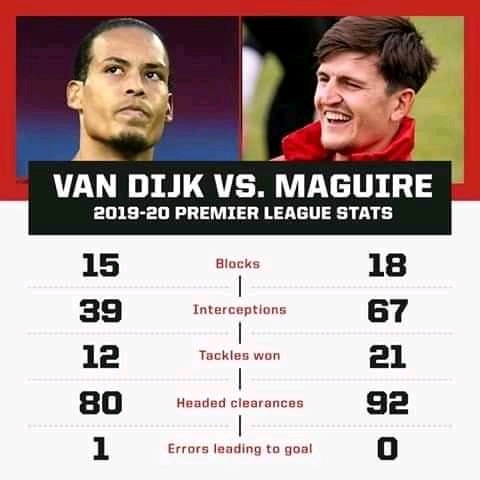 You Can now see that with this Stats Maguire has been better than Van Djik this Season, so when next you arguing gather your facts well.

WHAT DO YOU THINK ABOUT THIS GUYS?