One of the best defenders of his generation, Sergio Ramos is one player Cristiano Ronaldo has had as a tough opponent despite both players sharing the same dressing for a good number of years at Real Madrid.

Both superstars always came up against eachother on the International scene with Ronaldo often feeling the wrath of his now former teammate each time. 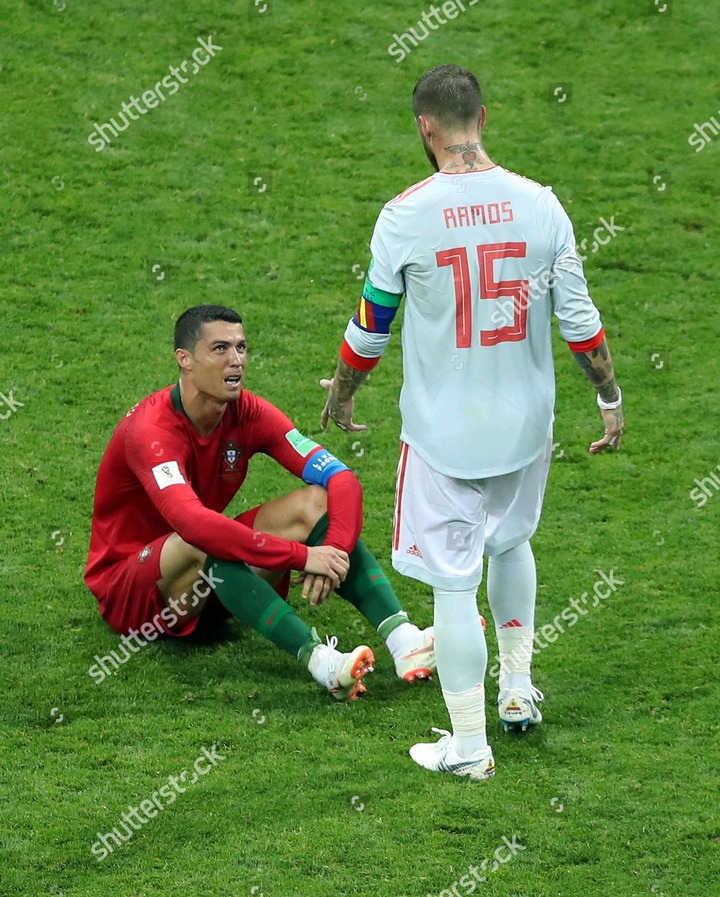 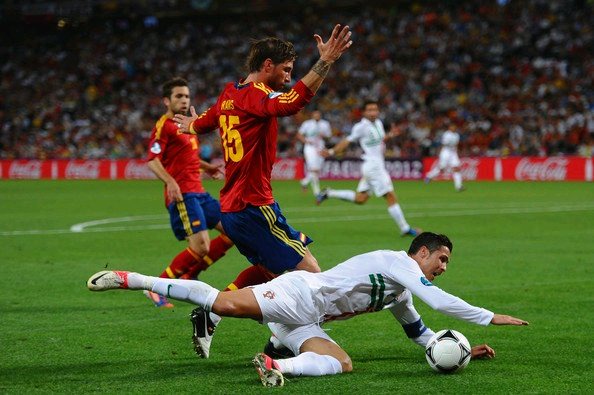 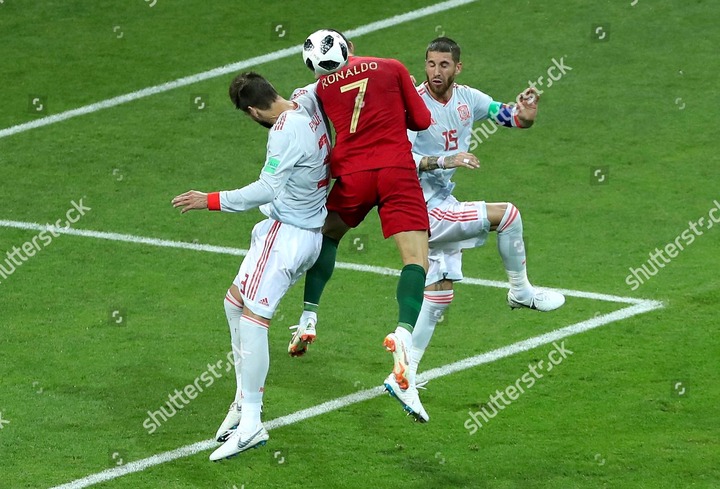 Former AC Milan defender Alessandro Nesta also ranks as one of the toughest defenders Cristiano Ronaldo has come up against in his career. The Italian Centreback played against Ronaldo during the forward's hey days as a fleet footed winger and did more than a solid job in keeping the winger's talent at bay. 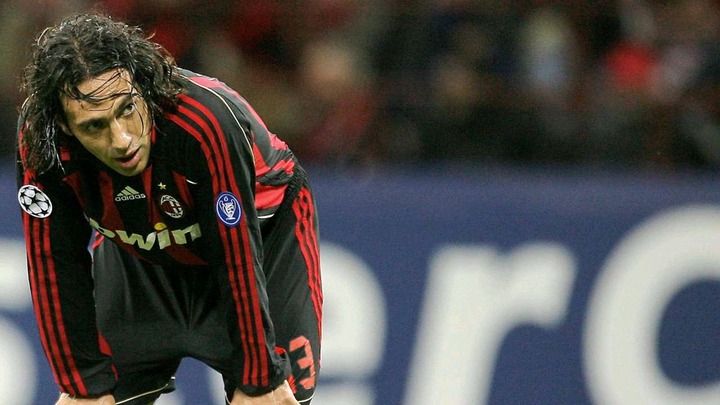 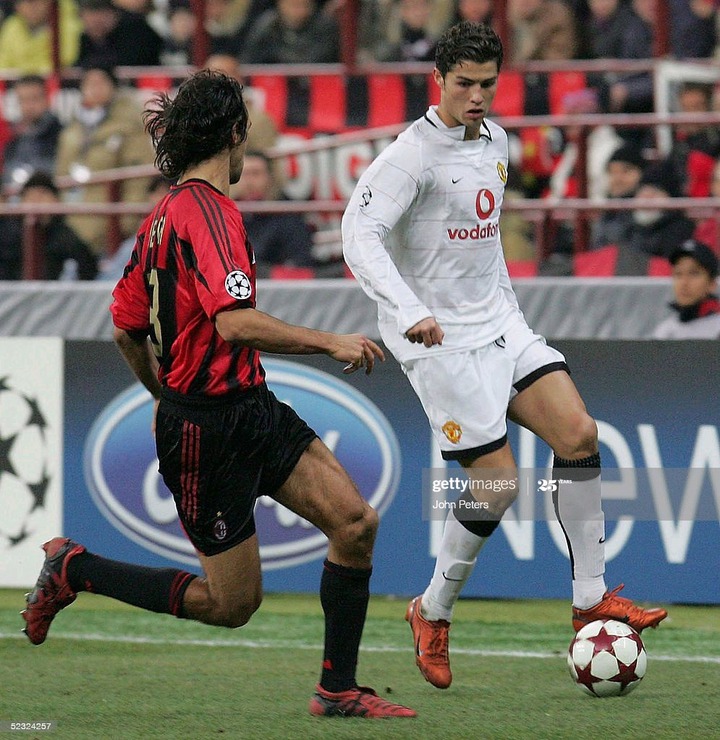 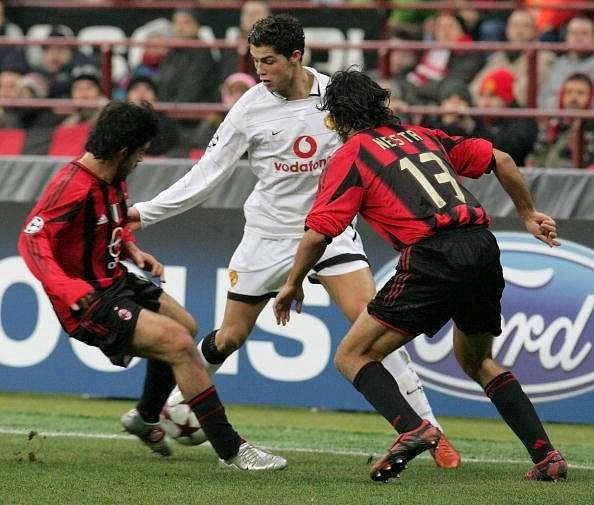 German defender Arne Friedrich is one player who have also been a tough nut for Cristiano Ronaldo to crack down the years.

The defender came up against the forward on numerous occasions on the international scene and it is a fact that the now retired defender got the better of the Portuguese each and every time. 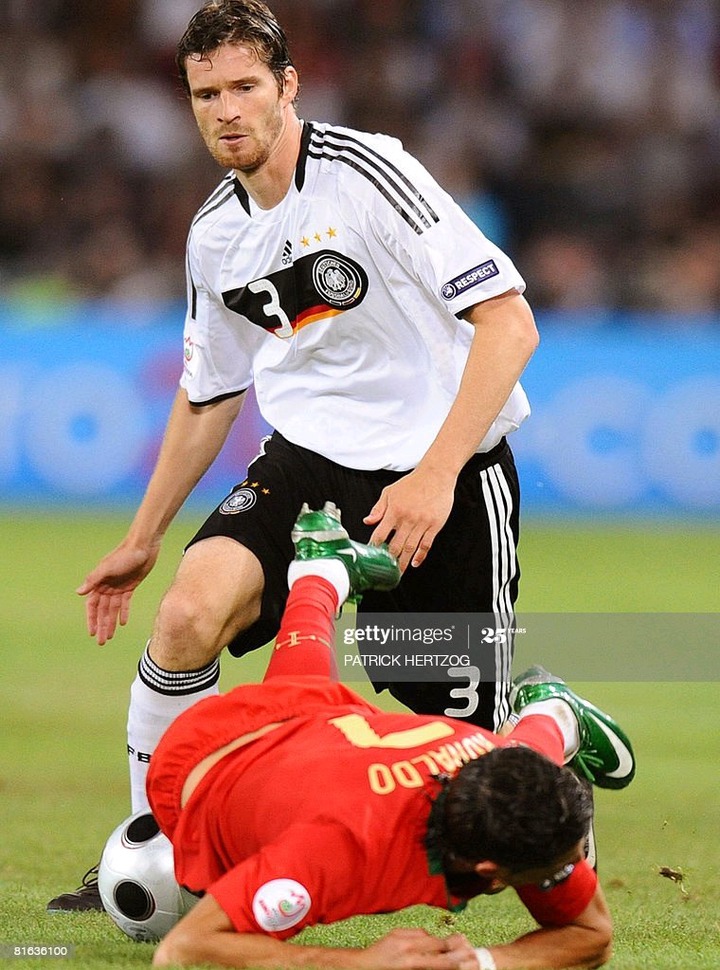 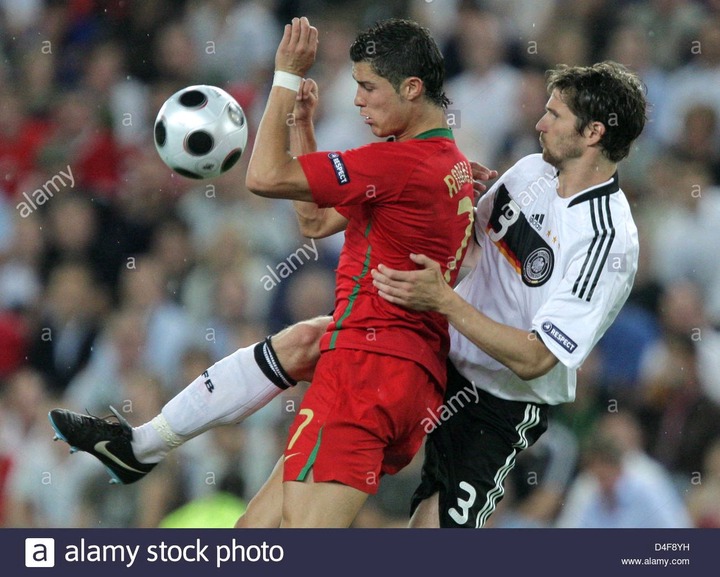 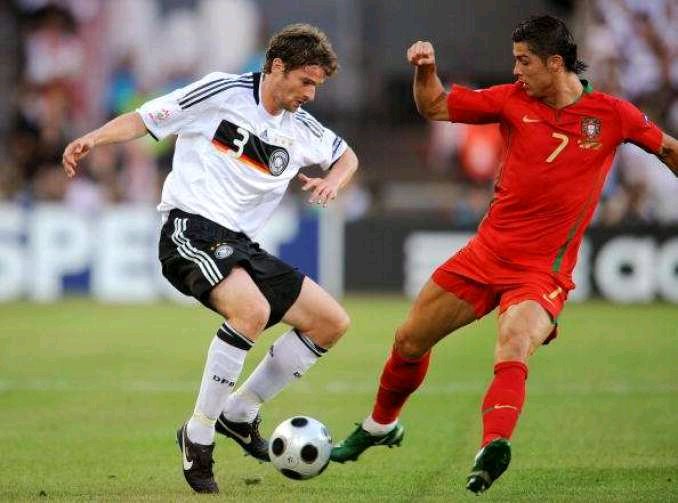 One of Cristiano Ronaldo's arch nemesis earlier in his career, the battle between Dani Alves and Cristiano Ronaldo was one many football fans always looked forward to during both players time at Real Madrid and Barcelona respectively.

While Ronaldo often made life difficult for the Brazilian defender, it is a fact that Dani Alves almost always came out top of their duel at the time. 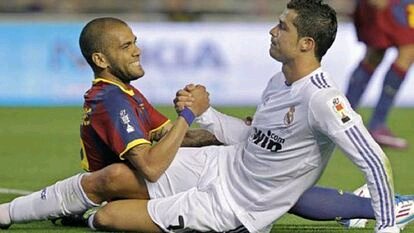 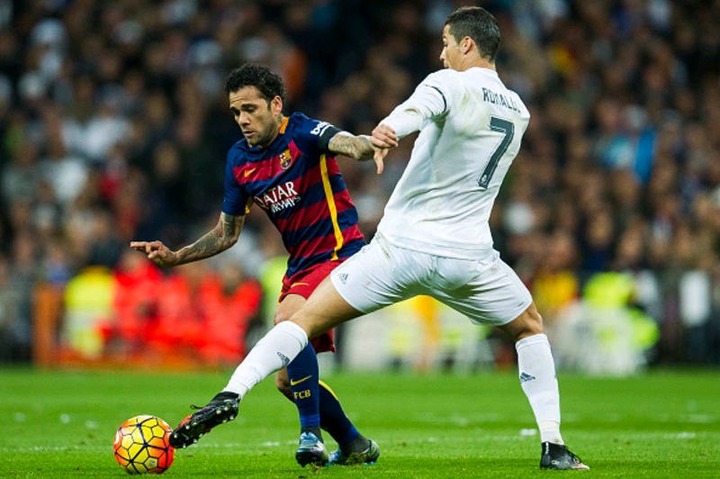 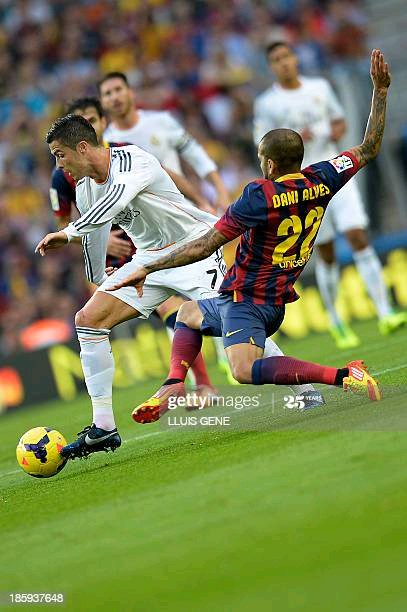 No 2 on our list is none other than Uruguayan defender Diego Godin. Both players have come up against eachother numerous times in their respective careers with Cristiano Ronaldo finding it difficult to get past the defender on many of those occasions. 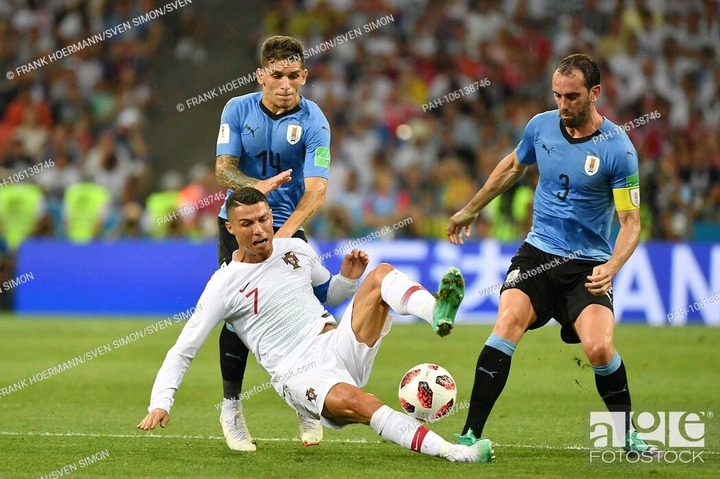 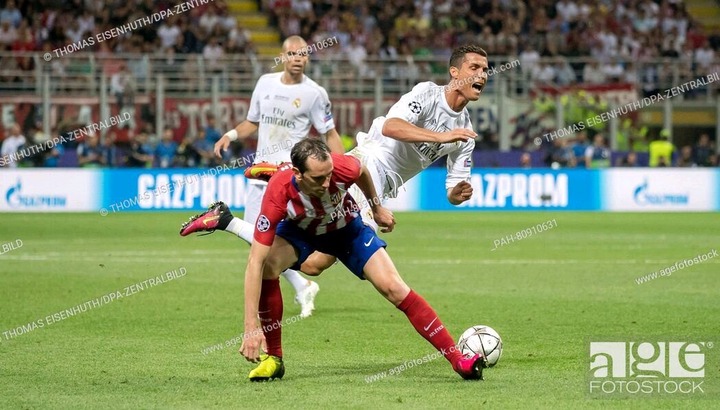 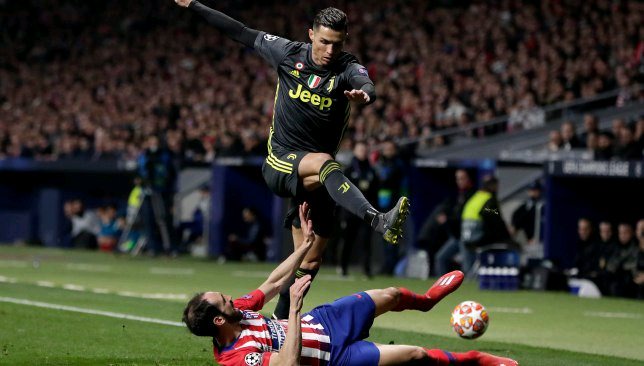 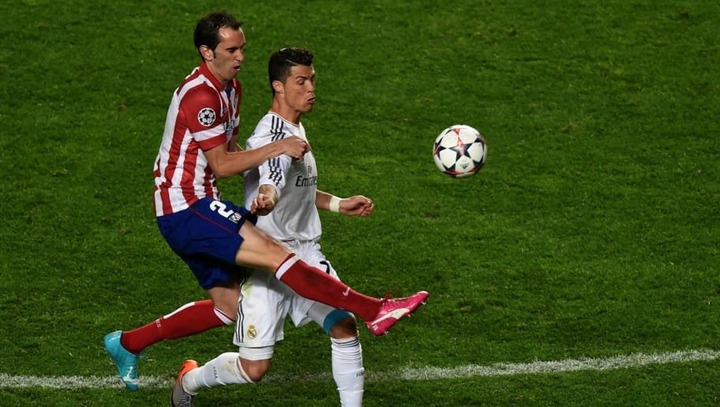 Many would agree with me that the most difficult opponent Cristiano Ronaldo has faced so far in his glittering career was former Chelsea & Arsenal defender Ashley Cole.

The battle between Ronaldo and Cole was one of the highlights of the Premier league between 2004-2008 with the English defender cleverness on and off the ball leading the Portuguese attacker to publicly confess how difficult it was to beat the now retired left back. 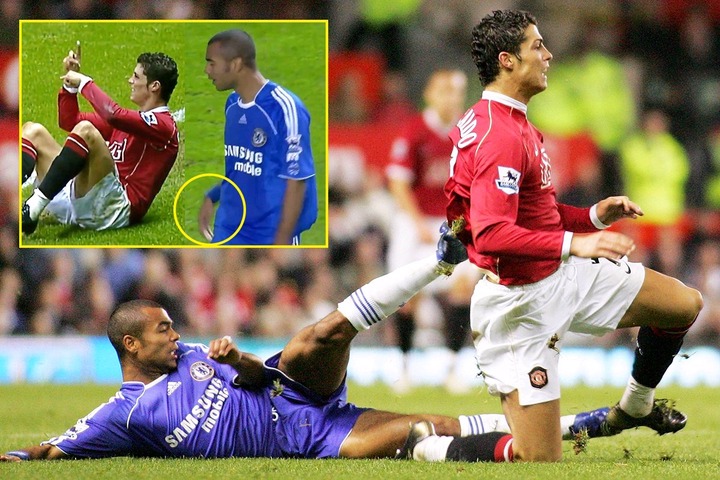 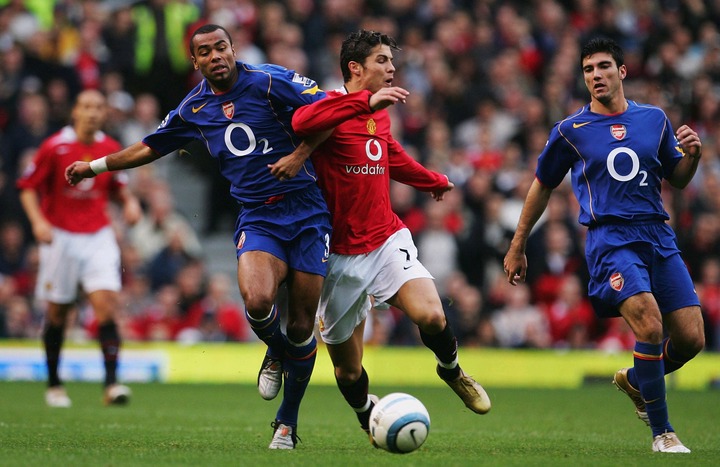 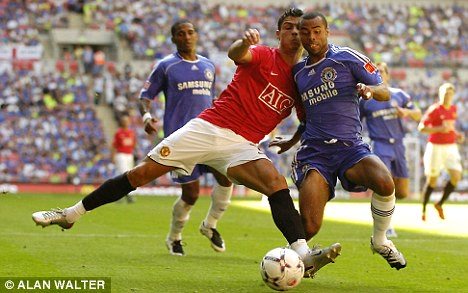 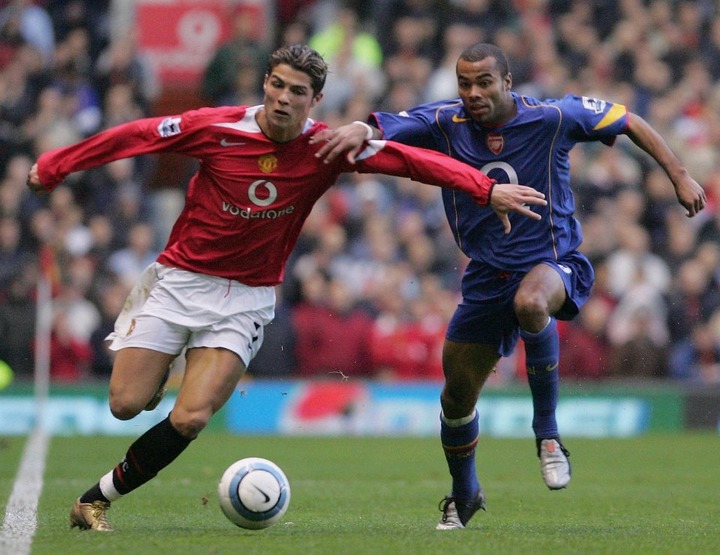 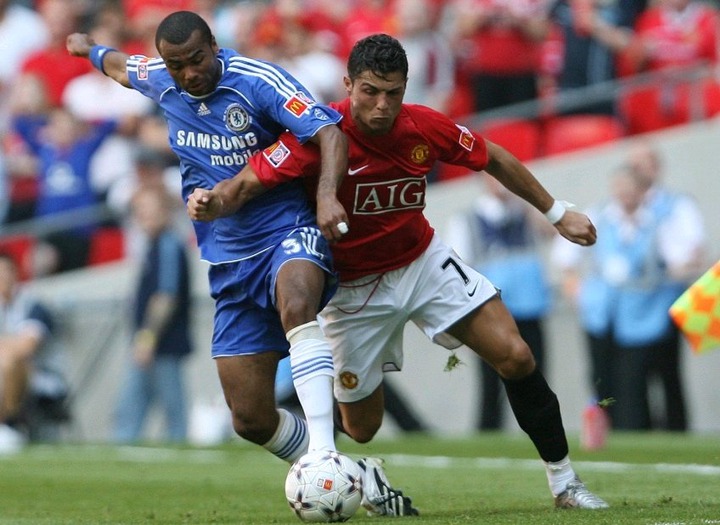 Do you agree with my list of the toughest defenders Cristiano Ronaldo has faced so far in his career? Do well to leave a comment below.