"He Was The First Person To Believe In Me"- Italy Legend, Buffon Reunites With His First Trainer

Italy's legendary goalkeeper Gianluigi Buffon has paid tribute to his first ever trainer at boyhood club, Parma after his return a few days ago. Recall that on 17th of June 2021, the club announced that Buffon was returning to represent them following his departure from Juventus. Buffon was a product of Parma and upon returning after many years away, he must have met many people that he knew from when he was just a boy. A few hours ago, he took to his official Facebook account to celebrate one such persons. He is no other person but goalkeeper trainer, Ermes Fulgoni who according to him was the first person to believe in him. He sent a message of gratitude that was written in the Italian language. 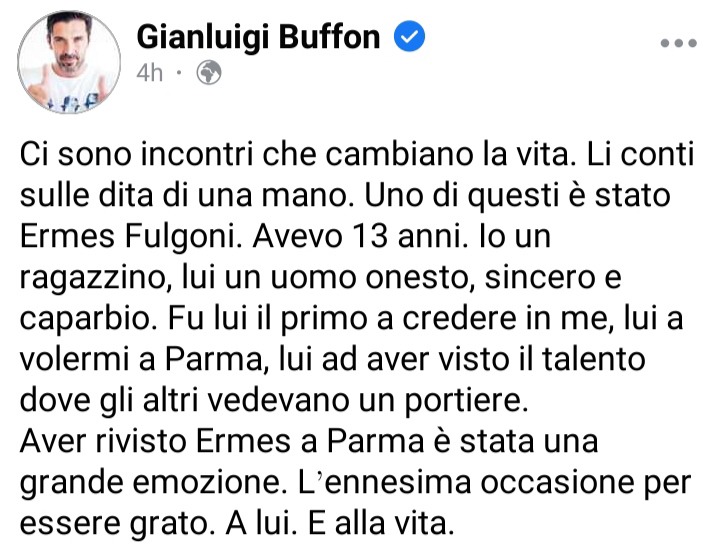 According to Buffon, when he arrived at Parma as a 13 year old, he met many people who changed his life and one of them was Ermes Fulgoni. The trainer wanted him at Parma and saw the potential in him where others saw just another goalkeeper. Buffon added that seeing him again was a great emotion and he showed his gratitude to him. Below is an English rendition of Buffon's message: 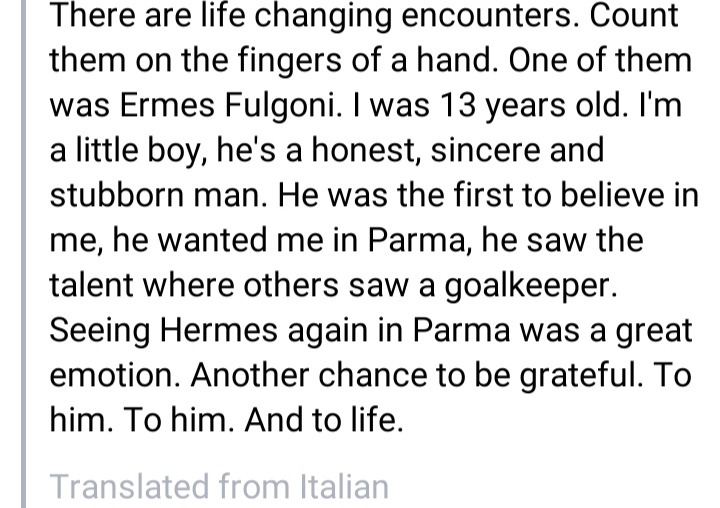 Buffon also shared a photo of him and Ermes Fulgoni who is now 73 years old. 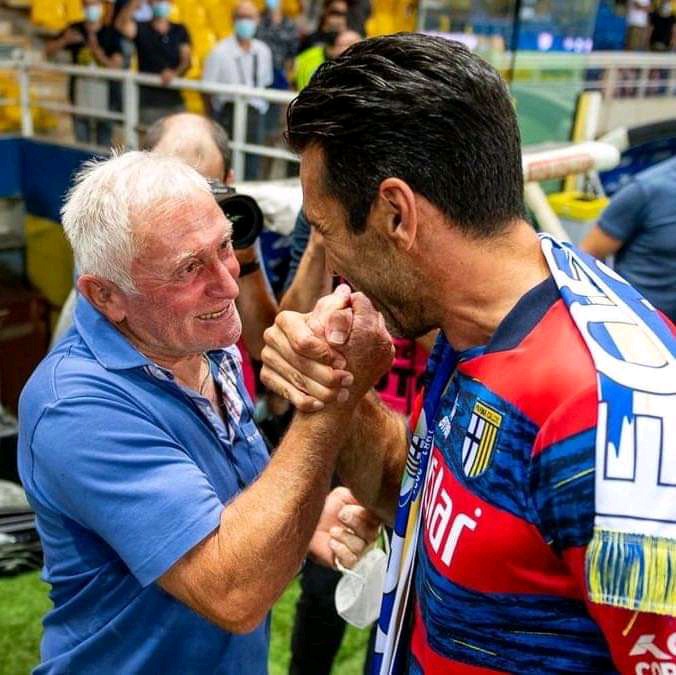 Gianluigi Buffon began his career in the youth ranks of Parma as a 13 year old in 1991. He was called upon to play as a goalkeeper for Parma's youth team after their two goalkeepers got injured. He impressed in the position which meant that he continued with it even after the others recovered. Ermes Fulgoni became his mentor and under his mentorship, he progressed to the Parma first team to subsequently establish himself as the first choice goalkeeper. 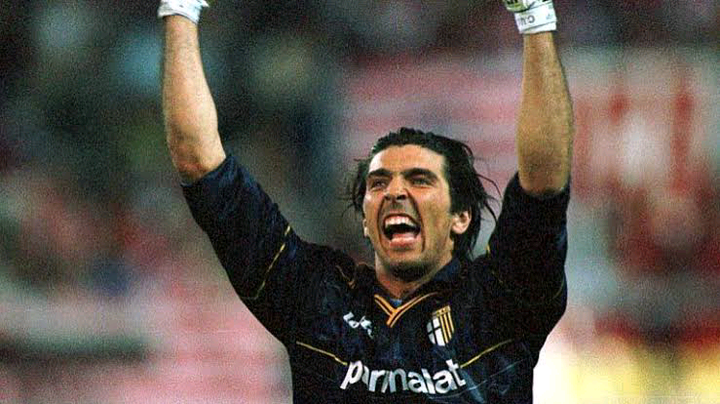 He would go on to make over 160 appearances for the Parma first team before moving on to join Serie A giants, Juventus. He spent 17 years with them before leaving for Paris Saint Germain. He returned in 2019 to spend another two years with them. 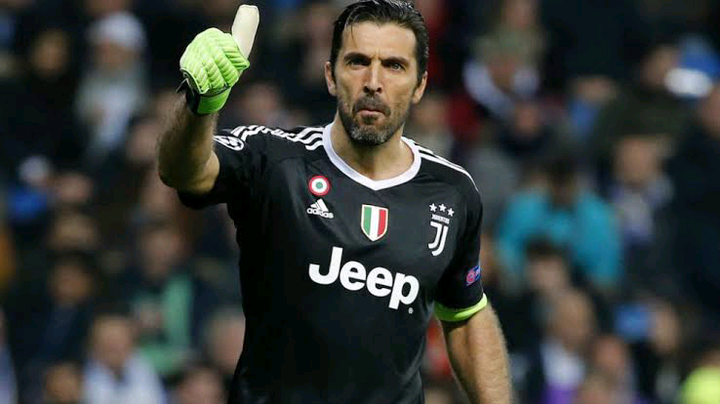 This year, he finally returned to his where it all started and he met many of his heroes and mentors after many years away. One such persons was Ermes Fulgoni and he could not do without writing a beautiful message to him on social media. 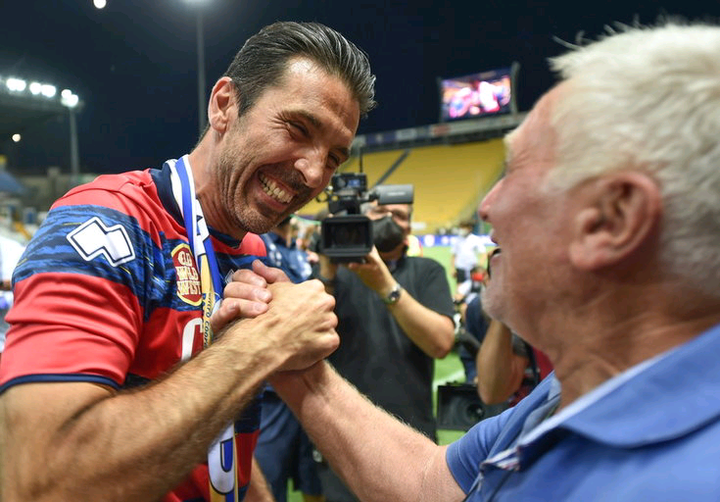 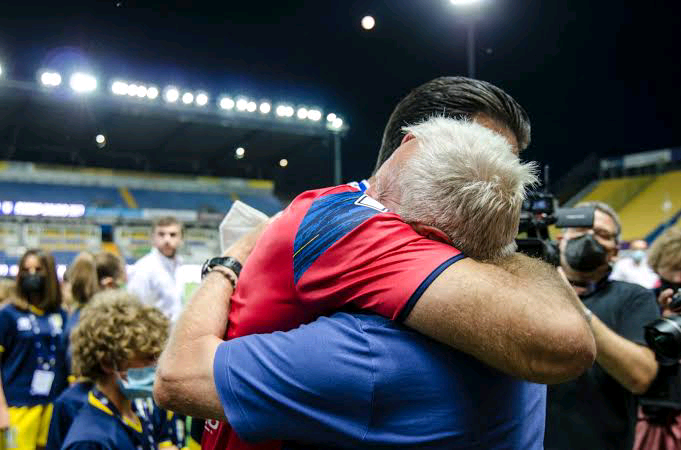 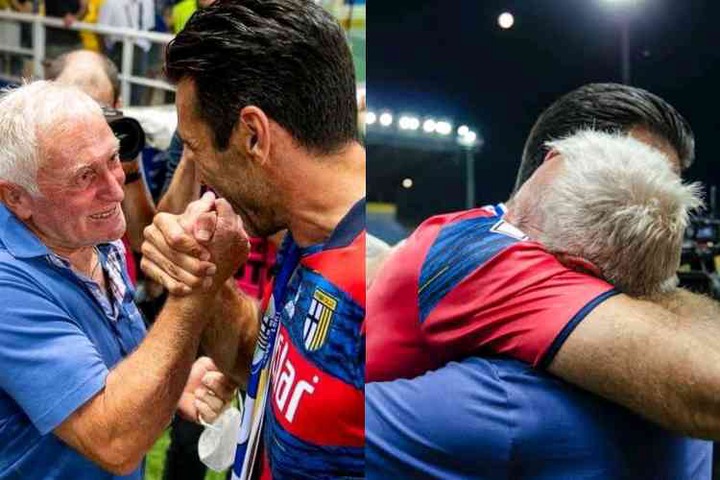