Casemiro admit what Real Madrid Coach Zidane do whenever a player is injured or absent in training.

By IamPRESTIGE (self meida writer) | 21 days

Real Madrid Star Midfielder, Casemiro is one of the most important player for Zinedine Zidane. Despite his red card against Barcelona last weekend, in the El Clasico match which Real Madrid won 2-1 at home. He was instrumental as Santiago Bernabeu outfit held Liverpool to a goalless draw at Anfield, in the second leg of the UEFA Champions League Quarter final clash. 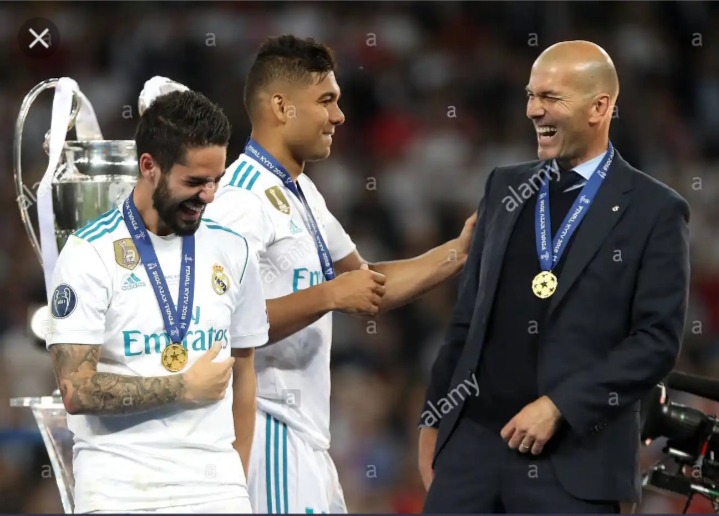 The 13th time Champions League winner have now book a date with Chelsea, after they qualify for the Semi-final of the UEFA Champions League. The Brazilian International, admit that Madrid has been facing a lot this season due to injury. Sergio Ramos, Raphael Varane, Eden Hazard, Lucas Vazquez are out injured. 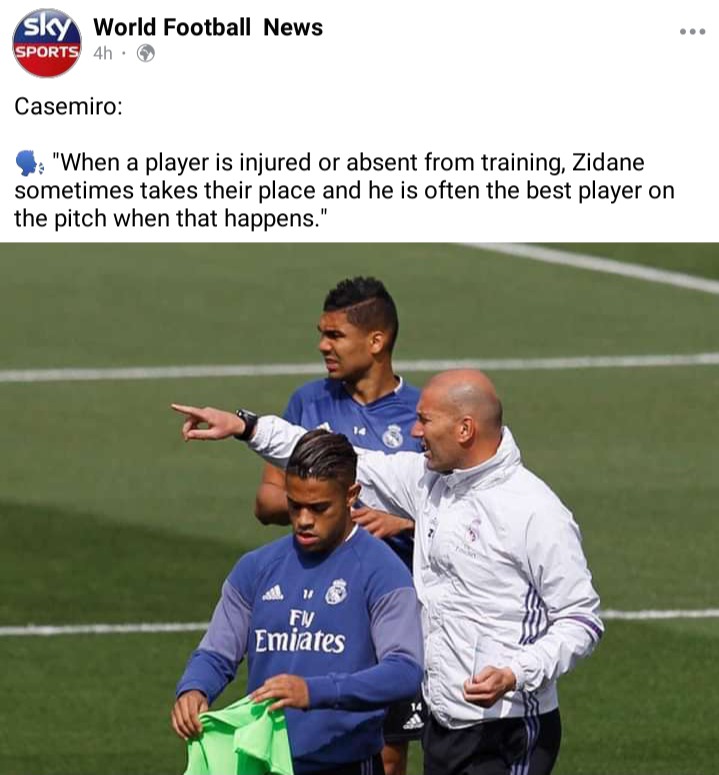 Casemiro admit that during trainings, when a player is absent or out injured, Head Coach Zidane takes there place and return back to pitch of play in training. Whenever this happens, he is often the best player on the pitch. 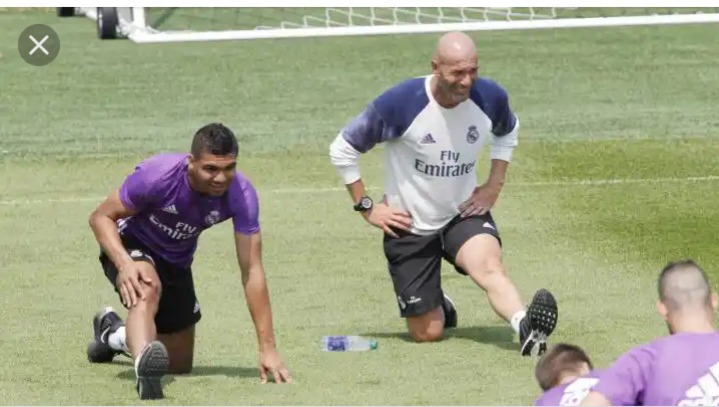 Zinedine Zidane is a retired Professional Footballer. During his time at Real Madrid, he was one of the best Midfielder in the World. He won the UEFA Champions League with Real Madrid, and won the World Cup with French National team. He is one of the greatest footballer of all time, very good with killer passes from the Midfield.

Do you think Casemiro is right?