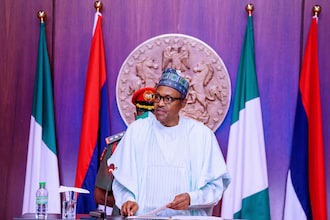 Buhari sends strong warning to ministers over disrespect to NASS . 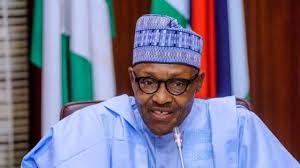 President Muhammadu Buhari has told ministers and all heads of departments and agencies that he will not tolerate them disrespecting the National Assembly. President Buhari has told his ministers to stop disrespecting National Assembly members. The Nigerian president made the statement on Thursday evening, July 16, shortly after he emerged from a meeting with Senate president, Ahmed Ibrahim Lawan and the speaker of the House of Representatives, Femi Gbajabiamila at the state house, Aso Villa. In a statement issued through his spokesperson, Garba Shehu, the president told the ministers and heads of agencies to at all times conduct themselves in ways that will not undermine the National Assembly as an institution or its members. Buhari who pointed out that he has the utmost respect for the National Assembly noted that the executive and legislative arms of government are essential partners in the fulfillment of their mutually aligned goal of improving the lives of the Nigerian people. Meanwhile, the National Assembly has expressed reservations over recent conducts of some government officials in the executive arm. The Nation reported that the Senate president, Senator Ahmad Lawan, expressed the reservation while speaking to State House correspondents after a closed-door meeting with President Muhammadu Buhari at the Presidential Villa on Thursday, July 16. 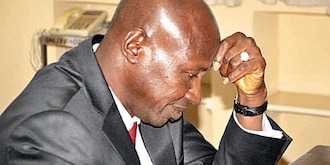 The embattled EFCC boss clears Vice President Yemi Osinbajo and the human rights lawyer, Femi Falana, over alleged corruption. According to Shittu, the suspended EFCC boss also denied any link with a Kaduna-based Bureau De Change Operator as claimed. The vice president and Falana denied collecting any money from the suspended EFCC boss. On the search of Magu’s house conducted on Monday, July 6, he insisted that no incriminating evidence was found – not even dollars, expensive jewelleries, and wristwatches were recovered as reported. The legal practitioner stressed that the search of Magu’s house did not reveal any incriminating evidence or materials. He added that the cars removed from his residence were official vehicles assigned to the suspended EFCC boss. Shittu, however, decried that Magu has yet to be given a copy of the allegations against him to enable him formally to respond to them. He said his client was ready to formally respond to the allegations and furnish documentary evidence in support if served with a copy of the allegations. The lawyer, therefore, called on the presidential panel to uphold Magu’s fundamental human rights of fair hearing. Meanwhile, Legit.ng had previously reported that Ibrahim Magu spoke after his release from detention. It was reported that Magu asked Nigerians not to give up on the fight against corruption. The embattled EFCC boss said what he went through was described as “one of those risks of the job" as he added that all the allegations flying around were to tarnish his image and that of EFCC. In another report, the presidency on Wednesday, July 15, explained why Magu was detained for a prolonged period of time. Kogi guber: Huge number of APC aspirants is due to my efforts, says Gov Bello Femi Adesina, the special adviser on media and publicity to President Muhamadu Buhari, stated that Magu was detained for that long so as to prevent possible tampering of documents that are need in the ongoing investigation by the presidential panel. 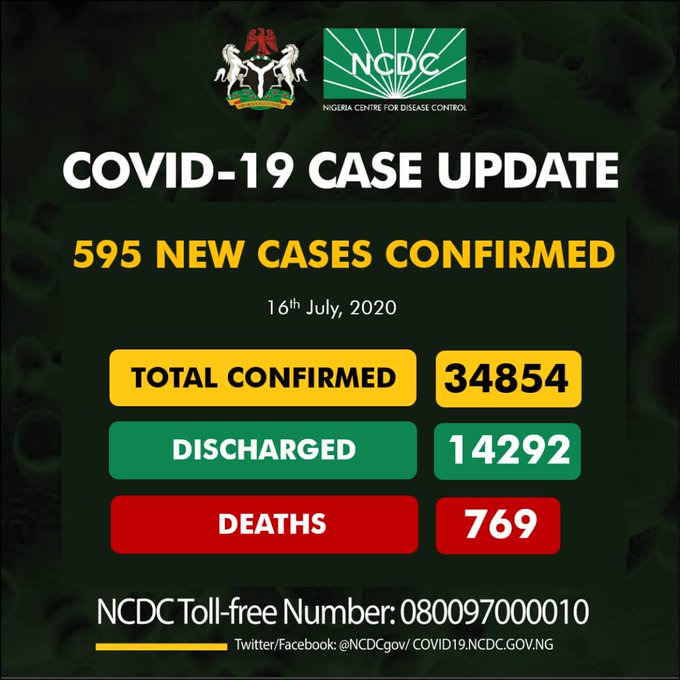 National Commandant of the Corps, Dr Dickson Akoh, gave the advice at the weekend, during PCN’s 22nd-anniversary celebrations held in Benue state. ‘‘The Peace Corps of Nigeria, therefore, is of the most considered view that policymakers, security agencies, frontline health workers and the entire citizenry must be closely-knit in a shared understanding and struggle against this invisible enemy called COVID-19,’’ Akoh stated. But, the National Bureau of Statistics (NBS) says 24 per cent of households in Nigeria do not have sufficient soap to wash hands to prevent the spread of COVID-19. 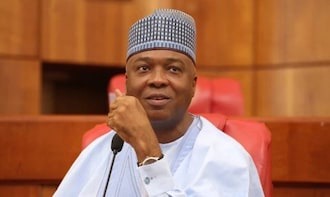 A former Senate president, Bukola Saraki, has recovered two houses in Ilorin which were confiscated by the federal government after a court quashed its order which temporarily forfeited the properties to the government. The Federal High Court sitting in Lagos ruled that the houses should be released to Saraki, The Nation reported. A former Senate president, Bukola Saraki, has recovered two houses which were temporarily confiscated by the FG. Photo credits: Nigerian Senate Justice Rilwan Aikawa who delivered the judgment stated that Economic and Financial Crimes Commission (EFCC) failed to provide satisfactory explanation about the origin of the properties. According to the judge, the anti-graft commission did not provide sufficient bases why the court should grant permanent forfeiture order on the properties. Legit.ng recalls that in 2019, the court granted an order for the interim forfeiture of the houses after the EFCC alleged that Saraki acquired the properties with proceeds of fraud.

A number of people took to social media to celebrate the Ojuelegba star including his colleague and friend, Davido - Davido who had earlier decided to stay off social media made a reappearance to wish Wizkid a happy birthday 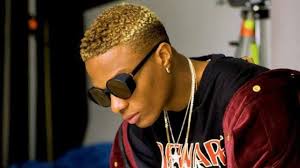 The Nigerian entertainment industry is blessed with a number of talented individuals including two of the top musicians in the country, Wizkid and Davido. However, fans have been known to pit these two great talents against each other on social media as they argue about who is better, thereby trying to create a rift between the artistes. Despite that, the duo has been known to dispel rumours of any bad blood between them no matter the antics of their fans. Xenophobia: Nigerians are worse than South Africans - Comedian Hyenana reacts to ongoing protest in Nigeria Photo of Davido and Wizkid. On July 16, 2020, Wizkid celebrated his 30th birthday and fans were on hand to celebrate with him. The whole day on social media was about the singer and how much he had achieved in his music career. Davido who had earlier decided to stay away from social media also came out of hiding to celebrate Wizkid on his big day. In a video making the rounds on social media, Davido was seen on board a private jet singing a birthday song for Wizkid. Further in the video, the Risky crooner said that Wizkid is a legend and the greatest of all time. Lovely. Happy 30th birthday to Wizkid. Days before his birthday, fans and supporters of the music star flooded their individual social media pages to celebrate the music star in advance. 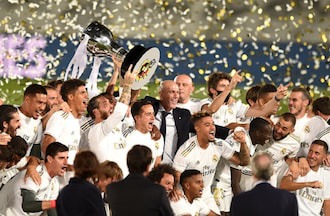 Los Blancos defeated the Yellow Submarines 2-1 to emerge champions of the Spanish League for the 34th time. Vicente Iborra's late minute strike ended a mere consolation for the visitors. Two goals from Karim Benzema were all Real Madrid needed to clinch their 34th Spanish League title after beating visiting Villarreal 2-1 at the Alfredo Di Stefano Stadium. The Frenchman opened scoring for Los Blancos just one minute before half time through a close-range shot from the right side of the six-yard box. Having benefited from a superb run of play from playmaker Luka Modric who drove towards the danger zone with the ball before releasing it to the striker. Real Madrid vs Villarreal: Los Blancos celebrating their 34th La Liga title - Getty Images Los Blancos maintained the slim lead all through the first half by dominating play all through the opening stanza but failed to add to their tally. Ronaldo Delima tops list of highest goalscorers at 21 for club and country (see where Messi and Ronaldo are) Benzema however doubled his side's lead while completing his brace from the spot in the 77th minute after Sergio Ramos won a spot-kick for the home team. Coach Zinedine Zidane's men knew a win in their penultimate match of the season would guarantee them the silverware and that was they did. Vicente Iborra reduced his side's deficit with an unstoppable header from a Mario Gaspar's cross in the 83rd minute. 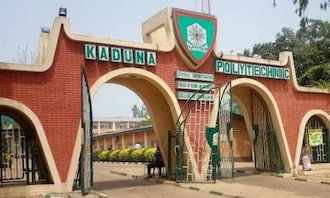 The management of Kaduna Polytechnic has said the institution has put in place COVID-19 safety measures for safe reopening.

The rector of the institution, Professor Idris Bugaje, made the statement on Thursday, July 16.

Bugaje also disclosed that the institution has a very robust clinic to accommodate sick patients.

The management of Kaduna Polytechnic has said the institution has put in place COVID-19 safety measures that will ensure safe re-opening for students whenever the federal government permits. The rector of the institution, Professor Idris Bugaje, on Thursday, July 16, said the polytechnic had acquired Ultraviolet equipment to check the temperature of people as part of the COVID-19 safety measures, Daily Trust reported. Kaduna Polytechnic says it has put in place COVID-19 safety measures for safe reopening. Photo credits: Olisa TV He said the school also had in its possession UV based sanitizer which we are being used with 210 nanometers. Coronavirus: Traders reveal hike in cost of food items as Easter beckons “This bandwidth of ultraviolet radiation is not harmful to the eyes or skin, so by the time you pass through this, any type of germs or virus in your body will be killed, he stated. Bugaje also pointed out that the institution has a very robust clinic to accommodate sick patients and all the necessary Personal Protective Equipment (PPE) have been put in place. Meanwhile, amid the growing tensions over whether or not the Nigerian government should reopen schools, a university don, Professor Peace Chinedum Babalola, has offered a piece of advice on how schools can be safely reopened. Babalola who is the vice-chancellor of Chrisland University, Abeokuta, Ogun state, advised the federal government to adopt “staggered” resumption of schools. Daily Trust reported that Babalola said this on Wednesday, July 15, during Legit.ng gathers that the university don advised the government to reopen schools for final year students at all levels to enable them to finish their education in time. She, however, advised that the government needs to “stagger” resumption of students to achieve social distancing.

Content created and supplied by: Frosh_ (via Opera News )