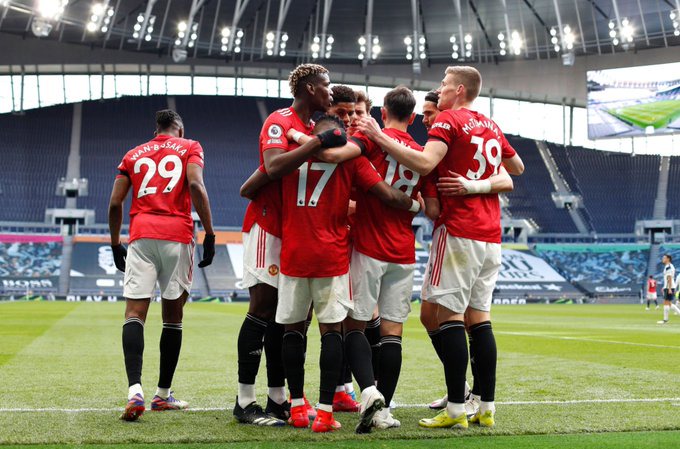 Manchester United football club of England have been sensational with their brilliant run of form across all competitions in this recent time, especially their fantastic record when they played away from home.

The Ole Gunnar Solskjaer's side with this brilliant form made them to be among the list of clubs with the longest current unbeaten streak in Europe's top five leagues.

Manchester United according to the breakdown analysis made by WhoScored.com, tied at 11 alongside Lens and Montpellier both from the French Ligue 1 in France. 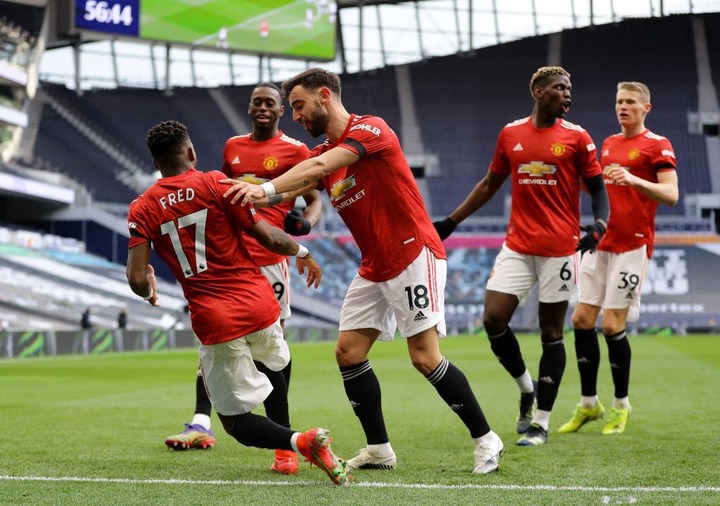 In the list, the current Italian Serie A leader Inter Milan top the chart having remained unbeaten in their last 14 games across all competitions, with the Antonio Conte's side hoping to keep their pace going as they looked forward to winning the Scudetto this season to end Juventus' decade of dominance.

The French Ligue 1 duo, Lens and Montpellier alongside Manchester United football club of England all tied at the same figure, having remained unbeaten in their last 11 games in all competitions respectively. 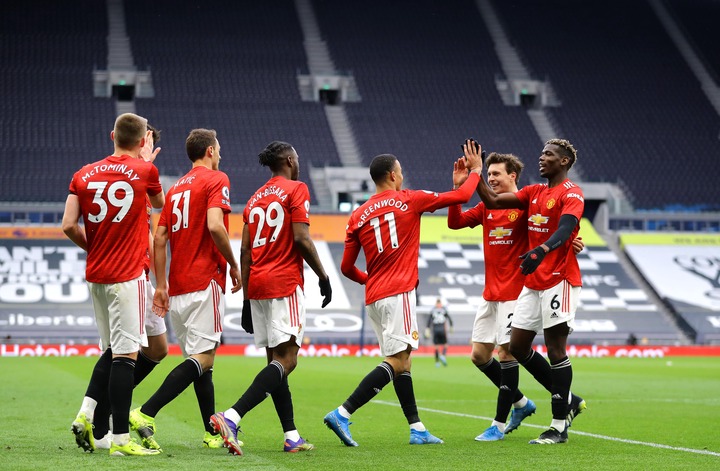 Spanish La Liga Santander champion, Real Madrid also made the list as they have also been at the top notch in their last 10 games, by been undefeated in all competitions including their powerful El-Classico games with perennial rival, Barcelona and their two legged UEFA champions league quarter finals ties against Liverpool. 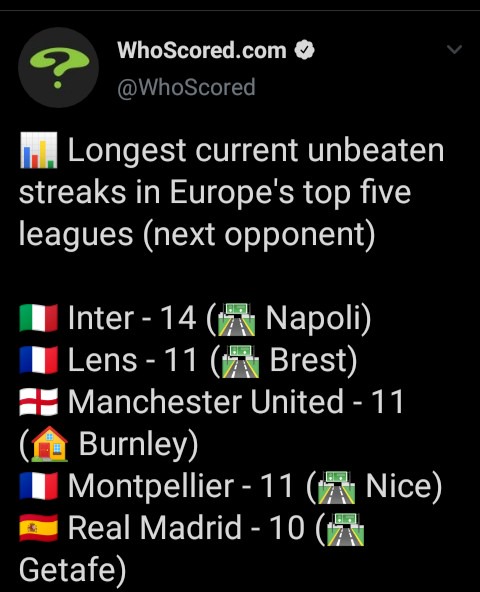 All these will be hoping to keep their winning streaks going as the season is gradually moving to an end, with few games left to the end of the season.