I told My Grandpa that I Blame Him for Making Us Arsenal Fans, I Can't Let Zaiah Inherit that- Banky

By Odogwu_Gist (self media writer) | 6 months ago 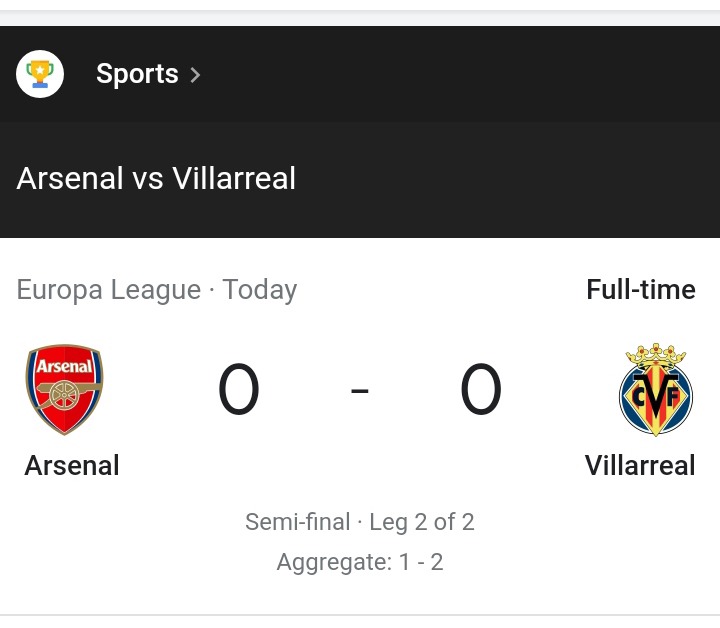 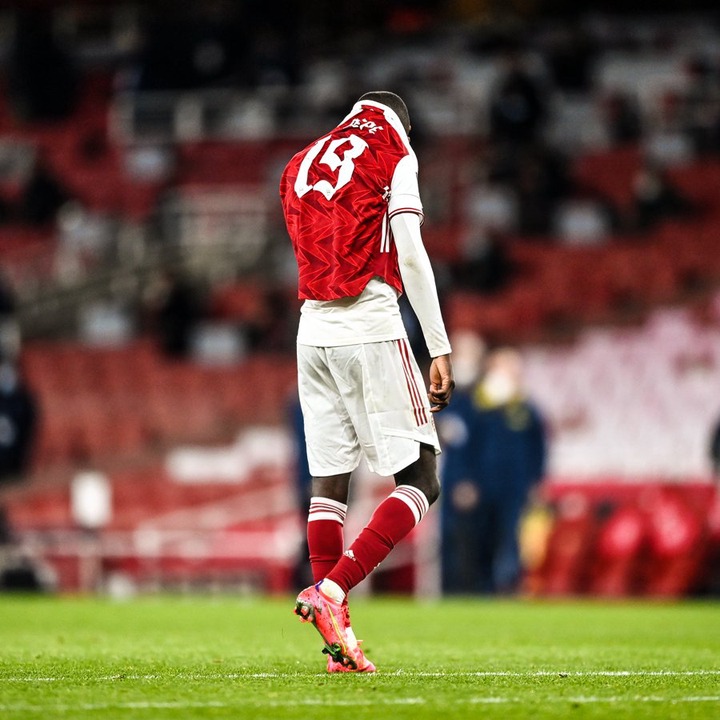 Popular singer and husband to actress Adesua Etomi, Banky Wellington popularly known as Banky W, reacts after Arsenal left the competition. On his twitter page, the singer noted he told his grandfather, that he blamed him for making them Arsenal fans as it's obvious he's not happy any longer supporting the team. He however pledged to make sure his child Zaiah and his wife whom he fondly calls Mamaz, doesn't also join the league of Arsenal fans. 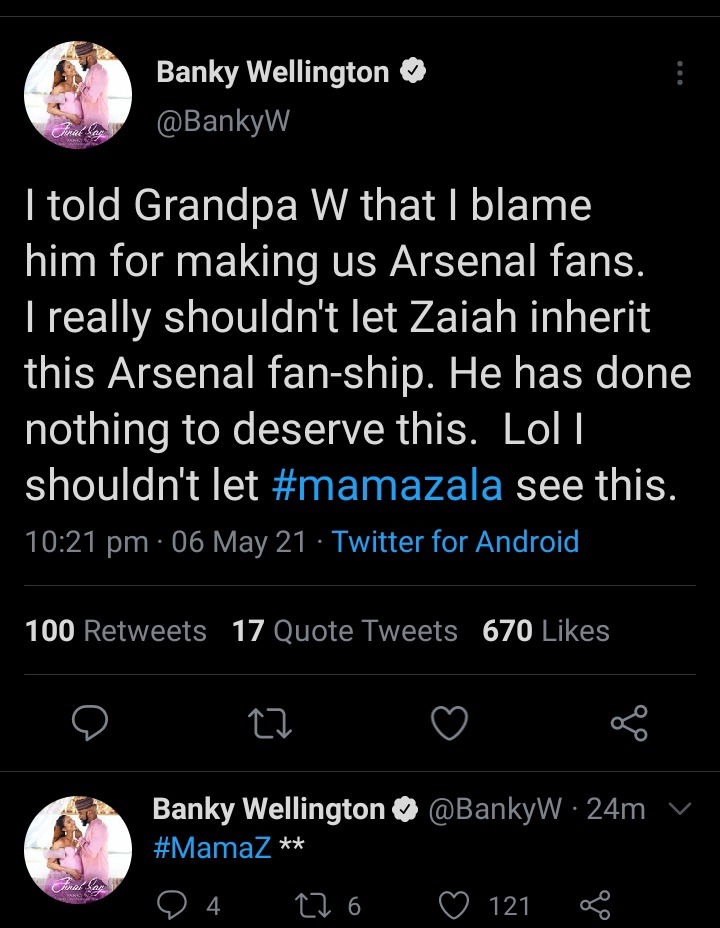 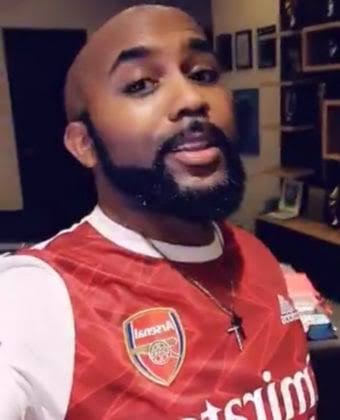 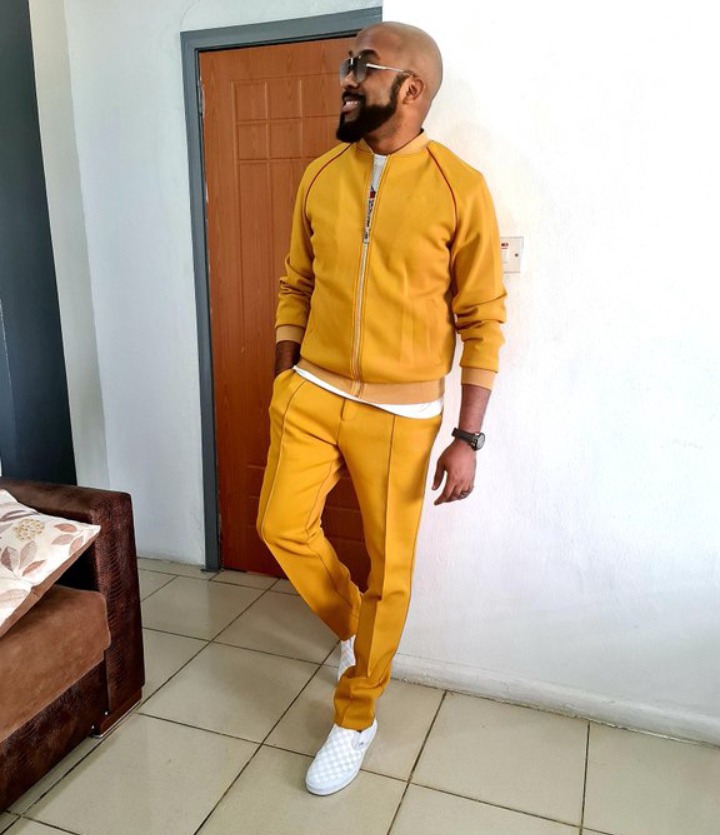 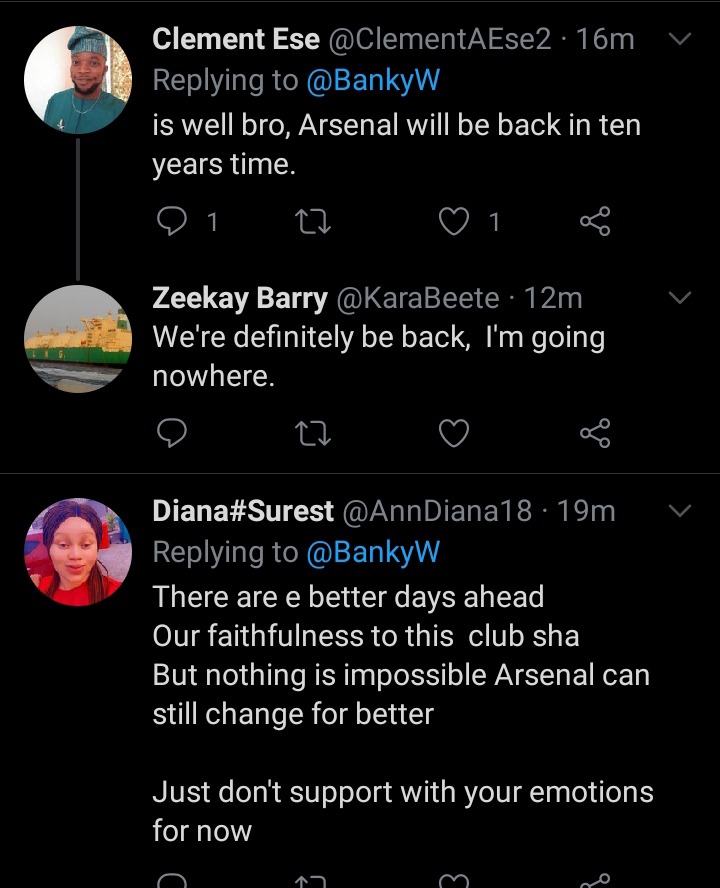 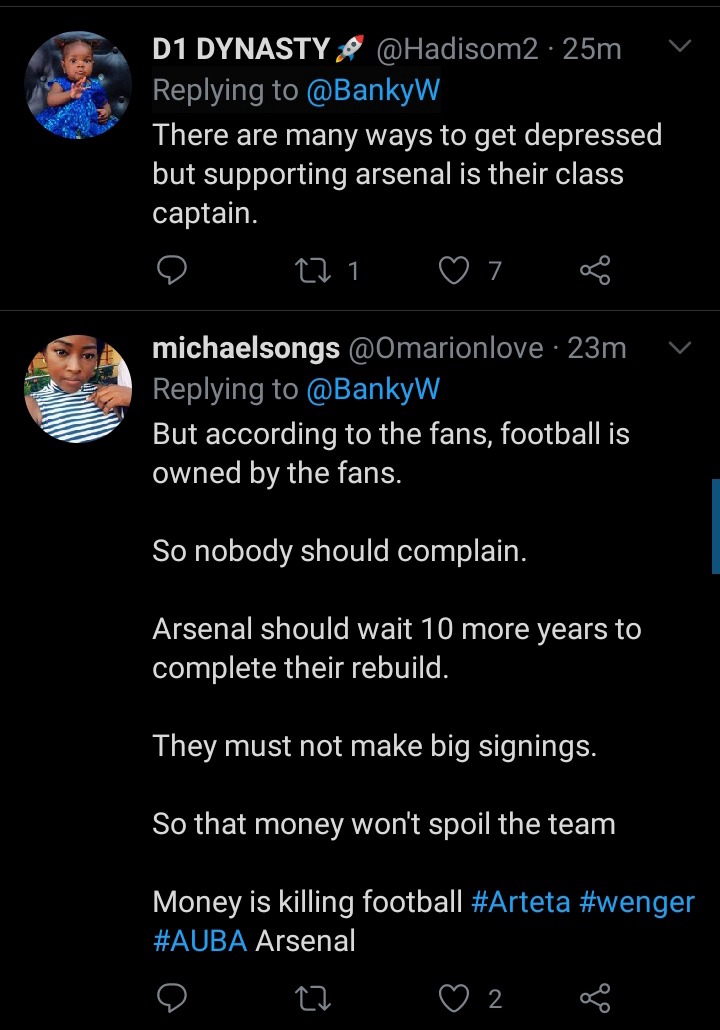 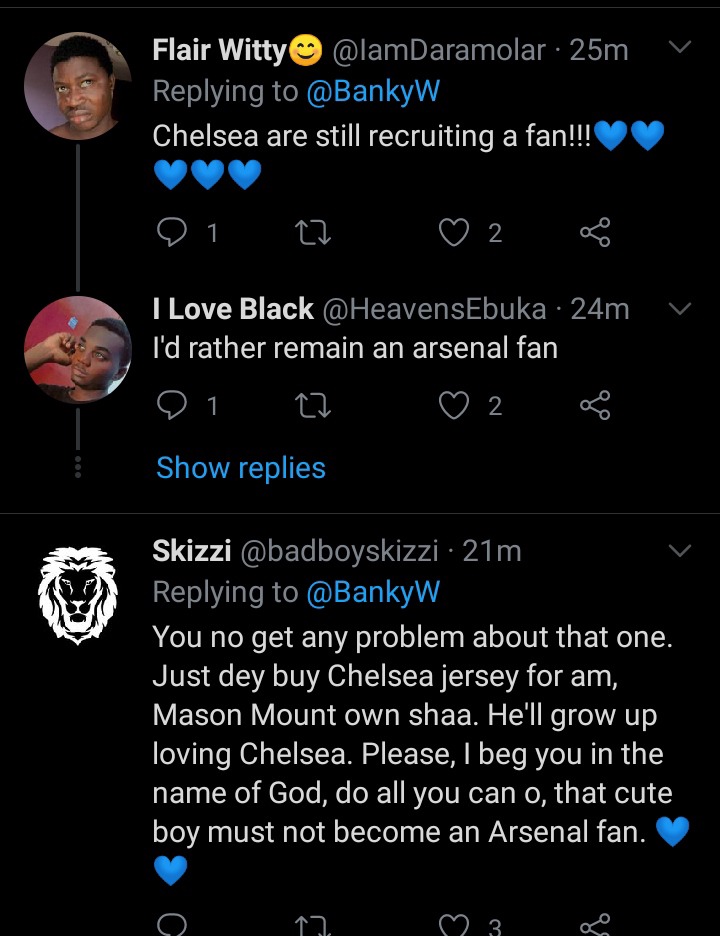 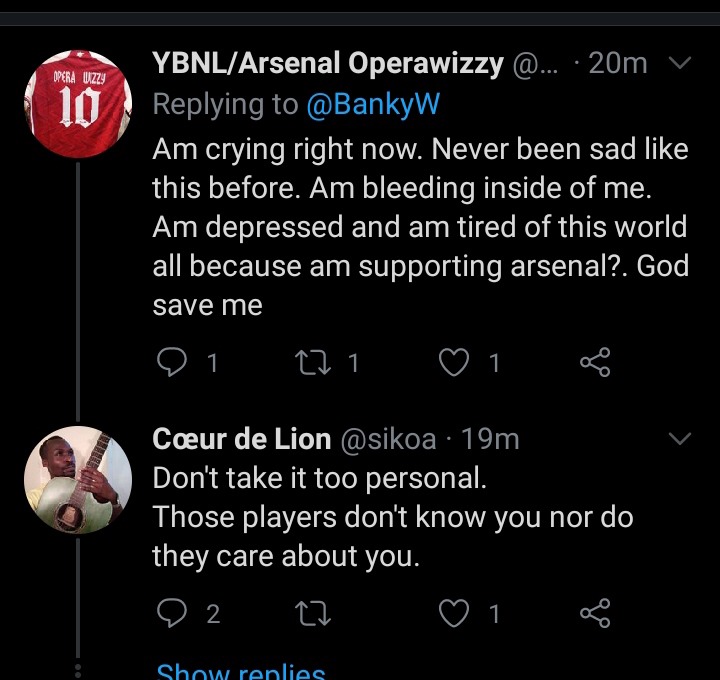 Everyone who's a lover of a football club loves seeing his team win but when the lose, he gets angry and even wishes he never knew that club before then, let alone being a fan. It goes on to say that success attracts a lot of people to you while failure, scares people away. 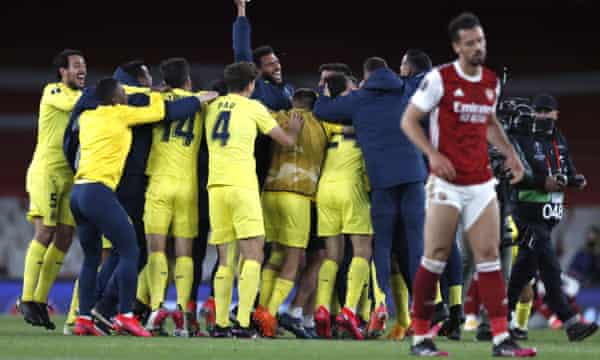 Villarreal are to play with Manchester United in the Europa league final competition, who do you hope to win the trophy? 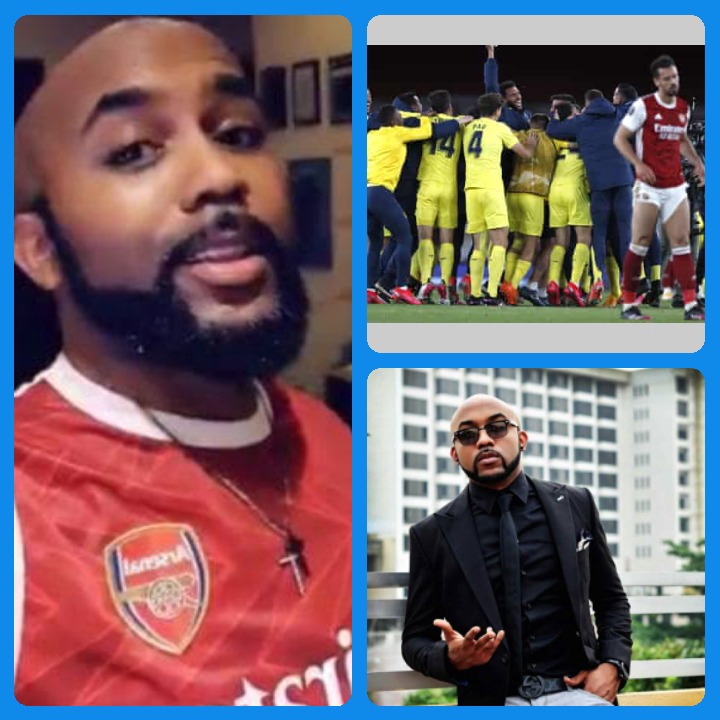