Why Samuel Umtiti Needs To Leave Barcelona This Season

By SportyGist (self media writer) | 9 months ago

There have been reports of Barcelona trying to sell French defender Samuel Umtiti to other teams. Barca has been trying to reduce the club's wage bill and letting off unwanted players in the team is a top priority for the club.

Umtiti is among the list of players Barca hopes to sell off this season. But Barcelona's plan to move the player to another club has been continuously rejected by him. He recently told club president Laporta that he has no plans of leaving the team this season and wishes to stay.

Here are reasons why I think Samuel Umtiti should leave Barcelona for another club this season. 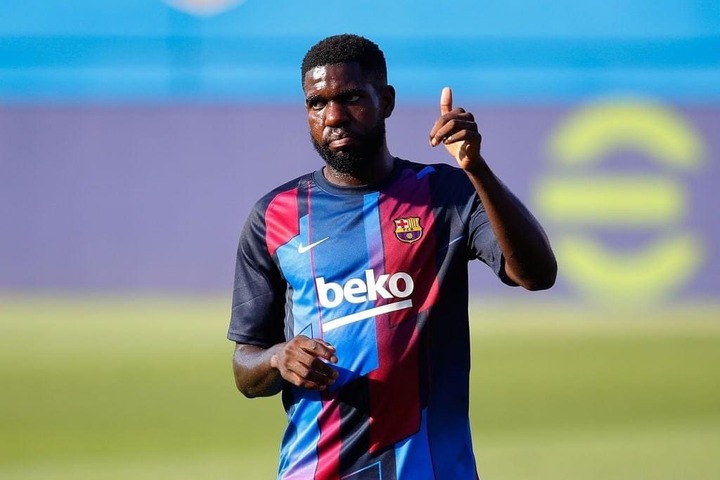 He doesn't have the Love of the Fans

It is clear he isn't wanted in the club. He was even booed by fans in the preseason match against Juventus. Barca won the Joan Gamper Trophy by beating Juve 3-0. Umtiti didn't celebrate with the team after this incident. His Barca teammates were jubilating with the trophy, while Umtiti was seen leaving the pitch for the locker room.

Instead of continuing to tolerate fans booing and hatred, he should leave for a place where he's appreciated and respected.

The Board are tired of him

Barcelona's management seems to be tired of Umtiti's presence in the team. The club has tried severally to move the player away from the club for over a season now, all to no avail. Barca has tried to sell Umtiti this season but the player is headstrong and has turned down all the clubs who have come for his signing.

He needs to focus on his career

The French player is no more in his peak form. He should leave to go somewhere where he can rejuvenate his career. The World Cup is coming next year and he needs to start playing regularly if he wishes to be included in the French national team. Going to a smaller club affords him the chance to rebuild himself and find the motivation to believe in himself again.

Umtiti should leave Barca so that he can protect his dignity and self-respect. Most Barca fans see him as a leech and just in the club for the money. He needs to change this narrative and think about himself and his personal growth for once.

What do you think of Umtiti's current situation at Barca?