Sheamus has doubled-down on his comments regarding Conor McGregor joining WWE.

In a recent interview with ProSieben MAXX, the former WWE Champion was asked once again about his opinions on Conor McGregor joining the company. Sheamus made his opinion very clear, going as far as saying Conor McGregor was likely "a WWE fan growing up." 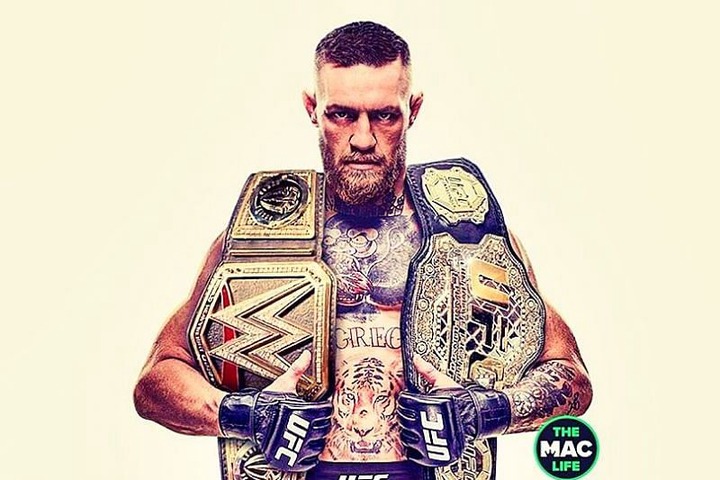 Here is what Sheamus had to say on whether or not Conor McGregor wants to join WWE:

"Of course he does! You saw Tyson Fury in there. He’s got the personality. He’s got the character stuff down. I’m pretty sure… It seems to me he was a WWE fan growing up. Because he has a lot of mannerisms that are obviously from watching a lot of stars from our past. He has that sort of vibe. He makes a lot of people around him look a little bit wooden to be honest with you. I don’t think it’s 'if,' I think it’s 'when.' I talked to his coach, Coach Kavanagh, John Kavanagh, I hit him up every now and again. I did a workout at SPG Ireland when I was over there about a year and a half ago. He’s just a sound lad, John’s a sound lad. So I think it’ll probably be a big deal when he comes in. But I’ve no doubt he will be in at some stage."

This is not the first time Sheamus has been quizzed on Conor McGregor joining WWE. In a previous interview with Digital Spy the Celtic Warrior even suggested he would be happy to share the WWE ring with McGregor for a match.

"It takes more edge being in WWE than it does doing the UFC stuff. I'll probably get slated online for saying that but until you actually do our schedule you don't really realise how tough it is. But as I said, if he wants to come in and give it hand I have no bother stepping in the ring with him."

Sheamus will be the last entrant in the WWE Championship Elimination Chamber match this Sunday, making him the odds-on favorite