After Tottenham beat Antwerp and Milan beat Sparta Prague, this is how their group tables look

Tottenham Hotspurs finished as group winners in Group J, after two second half goals elevated them past Belgian side Royal Antwerp. Carlos Vinicius and Giovanni Lo Celso scored the goals that saw Jose Mourinho's men overtake the Belgian side who will also be in the hat for the Round of 32 draw. LASK Linz also picked up a win against Ludogorets Razgrad, who finished their campaign with zero wins and six defeats.

In Group I, Maccabi Tel Aviv joined Villarreal in the knockout stages after they beat Sivasspor 1-0, Villarreal's game against Azerbaijan side Qarabag was postponed due to a COVID-19 outbreak. 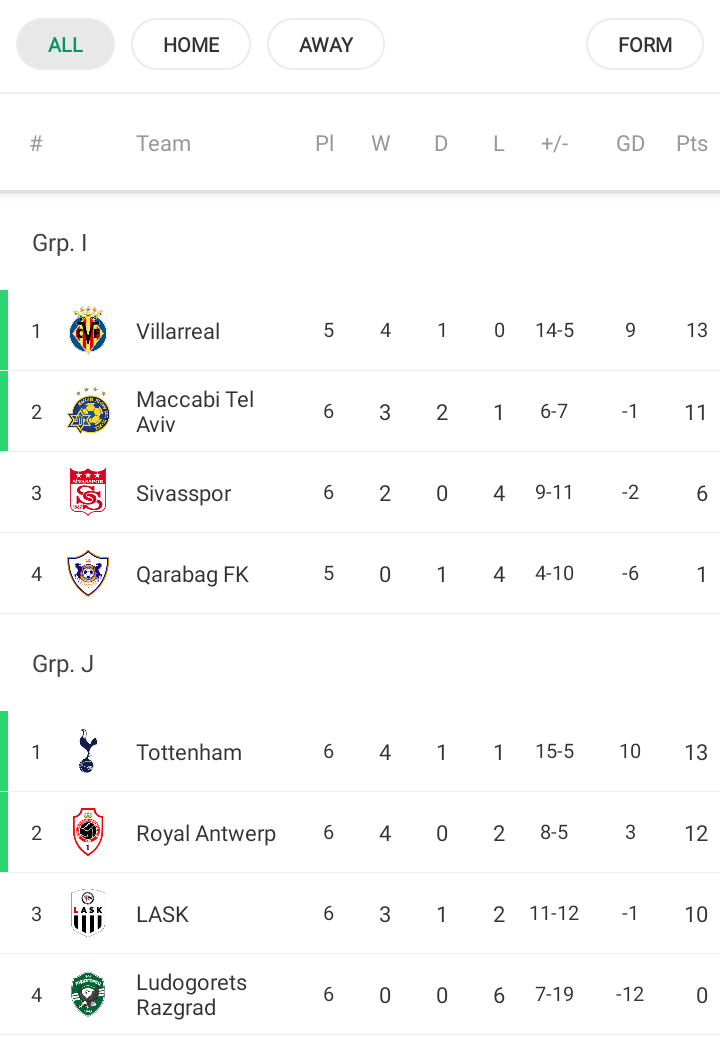 In Group G, Leicester City secured top spot after a 2-0 win over AEK Athens at the King Power Stadium with Cengiz Under and Harvey Barnes on the scoresheet. Leicester finished ahead of Braga on head to head rule after they also won against Zorya 2-0.

AC Milan secured top spot in Group H, after a narrow 1-0 win over Sparta Prague, Jens Petter scored the only goal as Milan overtook Lille, who lost 3-2 to Celtic in Glasgow. 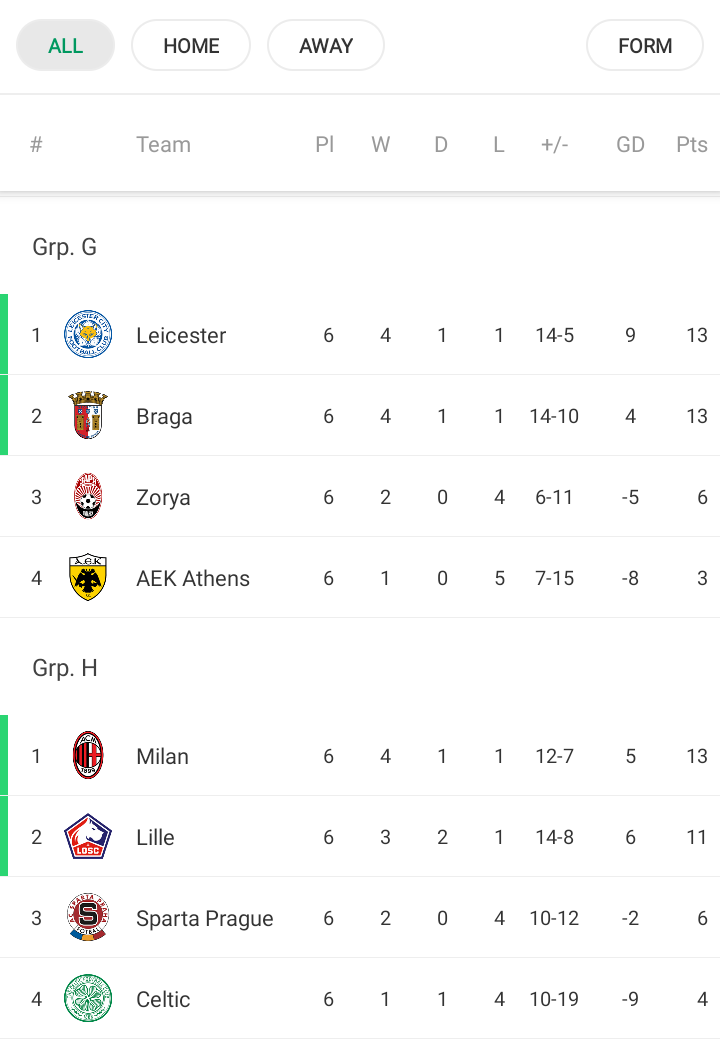 In Group K, Dinamo Zagreb last placed CSKA Moscow 3-1, while Wolfsberger confirmed their place in the Round of 32 draw after beating Feyenoord 1-0. 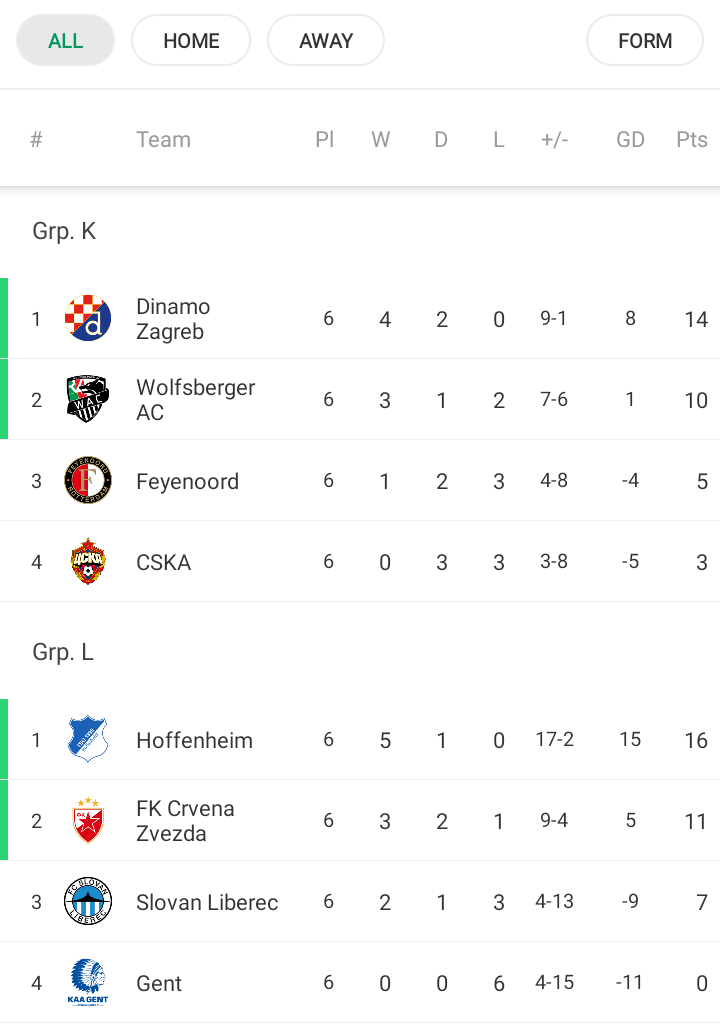