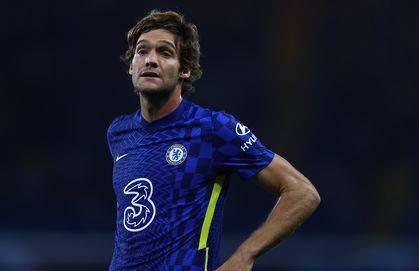 Chelsea left-back, Marcos Alonso, has explained why he will no longer take the knee before matches.

Premier League players have been doing the gesture in a bid to stop racism but Alonso believes it has now lost its impact.

“I am fully against racism and I am against every type of discrimination, and I just prefer to put my finger to the badge where it says ‘No to Racism’, like they do in some other sports and football in other countries,” Alonso said, according to the telegraph. “I prefer to do it this way and of course, to say very clearly that I am against racism and I respect everybody.”

On Sunday, Alonso played the full 90 minutes against Tottenham and he played a key role to help Chelsea beat the home team. He was booed by the home supporters, something that didn’t bother Alonso at all.

“I love it! To be booed when you play away, it’s the music to my ears,” Alonso said. “It might be because I have scored a few goals against them and I think maybe they have these memories in their head when I touch the ball, so yeah I love it and even more when we get the three points”.

Is there no solution to the problem of racism in sports entirely?

BBNaija: My Family In New York Are Confused About What Is Going On - Boma Says (Video)

What does the bible say about money ?

Opinion: why ka3na should not be blamed for photoshopping her waist in her pictures.

5 Ways to Satisfy Your Man in the Relationship